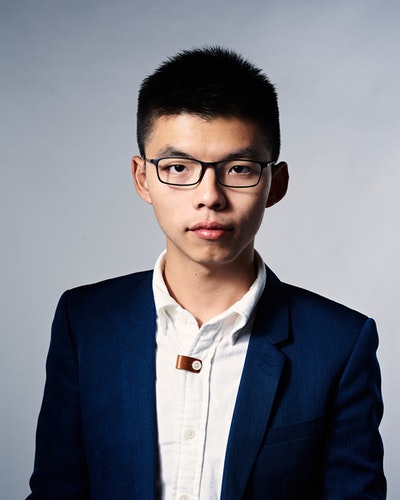 Joshua Wong was born in 1996. He has been named by TIME, Fortune and Forbes as one of the world’s most influential leaders. In 2018 he was nominated for the Nobel Peace Prize for his leading role in the Umbrella Revolution. He is Secretary-General of Demosisto, a pro-democracy organisation advocating self-determination for Hong Kong which he founded in 2016. Joshua came on to the political scene in 2011 aged 14, when he founded Scholarism and successfully protested against the enforcement of Chinese National Education in Hong Kong. He has been arrested by the Chinese state numerous times for his protesting and activism and has served over 100 days in jail. Unfree Speech is Joshua’s first book in English and his first published outside of Hong Kong.

The urgent, first book from global phenomenon Joshua Wong – leader of the Hong Kong protests, Nobel prize nominee and TIME, Forbes and Fortune world leader – who will tell us how he took on the biggest country in the world, and why we all have a stake in the global fight for democracy.

Be the first to find out about Joshua Wong.