Satyajit Das is a globally respected former banker and consultant with over forty years’ experience in financial markets. In 2014, Bloomberg nominated him as one of the fifty most influential financial thinkers in the world.

Das presciently anticipated, as early as 2006, the Global Financial Crisis. Subsequently, he accurately described the evolution of the post-crisis world – sluggish growth, disinflation, the increasing ineffectiveness of policy measures and retrenchment from globalisation. He identified the increasing political and social dimensions of the crisis, especially the growing democracy deficit and the end of trust. In 2016, in the context of the SARS and Ebola epidemics, he drew attention to the risk of disease and the lack of preparedness to deal with a global health crisis.

In his writings and public talks, he highlighted the linkages between the economic challenges and environmental, resource, and socio-political constraints, such as inequality and inter-generational tensions. The extend-and-pretend model, he argued, had reached the end of its utility, and rising complacency combined with the reluctance to make difficult choices made a serious future crisis inevitable.

Das is the author of two international bestsellers, Traders, Guns & Money: Knowns and Unknowns in the Dazzling World of Derivatives (2006) and Extreme Money: The Masters of the Universe and the Cult of Risk (2011). He was featured in Charles Ferguson’s 2010 Oscar-winning documentary Inside Job, the 2012 PBS Frontline series Money, Power & Wall Street, the 2009 BBC TV documentary Tricks with Risk, and the 2015 German film Who’s Saving Whom? 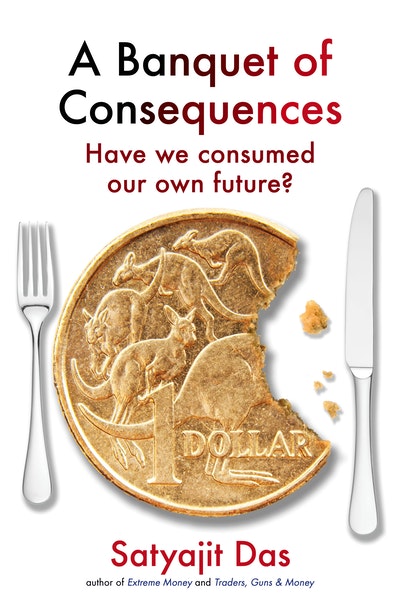 A Banquet of Consequences
Satyajit Das

An internationally respected commentator on financial markets, credited with predicting the Global Financial crisis and featured in the 2010 Oscar-winning documentary Inside Job, Satyajit Das is our finest writer about money and the global economy. Informed, impassioned, lively and witty, A Banquet of Consequences is the only book you need to understand what the future will bring.

'A powerful book . . . highly readable and informative . . . Demands to be read.' - Lindsay Tanner, The Monthly 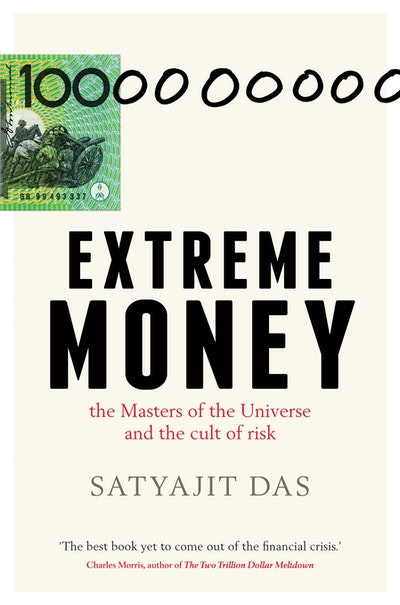 Extreme Money: the Masters of the Universe and the cult of risk
Satyajit Das

Australia's most prescient and accessible financial commentator tells the story of money, and how it has changed forever.