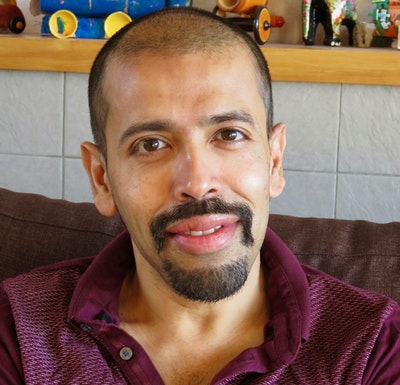 Read the story being discussed on Jesse Mulligan’s show on Radio New Zealand on 8 March 2018.

A Good Dry-Cleaner is Worth a Story

In my defence, it all happened so fast.

I was driving down to pick up some dry-cleaning and had just entered the high street when I noticed S at a café table on the opposite pavement. She saw my car about two seconds later and waved vigorously, looking really pleased to see me. Although I hadn’t counted on her spotting me I thought to myself, what the hell, I can stop for a few minutes and say hello. So I raised my hand to indicate to her that I was turning around and kept driving until I reached a gap in the road divider, where I made a smooth U-turn and headed back in her direction.

She could see that I was approaching her, she would surely have guessed that I intended to stop, but for some reason she chose to leave her table and come running towards me, and in her excitement, she ran right onto the road. I could see her smiling, I felt pleased myself that she seemed so enthusiastic about seeing me after what had been more than a while without any communication, and like her, I too didn’t notice that another car, in the lane to my right, had decided to suddenly switch lanes and move in front of me, perhaps attempting to bypass a slowcoach ahead of him. He had his eyes on the slowcoach, I had my eye on S, and she had eyes only for me.

Of course the other car came to a stop immediately after the collision, but I didn’t. In those few seconds, acting I know not from what impulse, and although I was only a few metres behind and had seen, even heard, everything, I recklessly changed lanes, moved to my right and just kept driving. The traffic came to a halt directly behind me, but I managed to make a right turn, entered a residential street and soon resumed driving in the direction of the dry cleaner’s.

I could imagine the other driver’s testimony – she just ran out without looking from between the parked cars. She seemed to be running towards another car.  It was so sudden I had no time to react. All her friends and acquaintances would be asked the same question, but no one would know who S had been running towards - if she died. If, on the other hand, she was only injured, as was most likely because the car that hit her hadn’t been going very fast, she would soon come to and clear up the mystery. And then I would be blamed for something I had no part in, something that happened entirely because of another person’s carelessness and flawed choices. Flawed personality, if you ask me, always jumping the gun and over-reacting to everything. In fact, that was why the relationship, such as it was, hadn’t worked out between us. You simply could not trust somebody like that to be discreet. It was fun the first few times with a personality of that sort, but afterwards it would have just got exhausting, and then, plain dangerous.

I thought all this on the way to the dry-cleaner’s, but I still had to decide how to react. It was obviously too late to turn around and return to the scene of the accident. Should I just appear at the hospital and try and retrieve the situation there? But that would only exacerbate everything. How the hell did I find out S had had an accident?

There was of course the chance that S, even in the confusion of coming to, would remember to be considerate about naming who she’d been running out to meet. Because if I was fair, that was another side to her character: yes, irrepressible and spontaneous as she often could be, she’d also been very good at respecting boundaries, both during and after our thingummy. Truth be told, she’d never yet made any trouble for me, even though I’d remained on tenterhooks for months after it was over, wondering what reckless thing she might think to do.

By this time, I’d found a park and was a couple of minutes’ walk from the dry-cleaner’s, where I had to pick up a suit and a party dress of Tilly’s. That last thought had actually fortified me, and I was even feeling somewhat cheerful. The accident definitely couldn’t have been serious, she would be fine in a couple of months at most, and there was a more-than-fair chance that she wouldn’t blurt out my name, except perhaps in private to one or two of her closest friends.

And full redemption arrived for me while Kevin the dry-cleaner had gone into the back of the shop in search of our things. If I paid her a hospital visit very early into her recovery, shortly after she’d regained consciousness, and emphatically told her with the most natural of expressions that I had stayed right beside her (but of course) after the accident, and had even been among the passers-by to phone for an ambulance, but surely she would understand why I couldn’t accompany the ambulance to the hospital or let my name be entered into the record alongside hers, who else had been present who knew us both and could contradict my story? S would have been knocked unconscious: I was pretty sure of that. Whatever I said about the few minutes after that would be the unchallenged truth. All I had to do was get in there early with my version, have that one visit alone with her.

Kevin had, as usual, done a fantastic job with our clothes: they were so pristine and unwrinkled it always seemed a shame afterwards to wear them. I told him the party we were going to wasn’t far from here, just behind the Albert Hall in fact, after a recital that evening. He asked me what I thought of the 8–2 drubbing at the hands of United a few days before: it was one of our regular topics of lament, although this week had been even more painful than usual.

“In a way, I feel a perverse satisfaction,” I said to him. “When a man who’s way past his use-by date, who has nothing to offer to the club any more, just refuses to recognise that and leave, this is the kind of shit that will happen.”

And as I left, after paying and thanking Kevin, I felt pleased with myself for having finally got that off my chest. I had wanted to say that out loud about Wenger for a long time now, especially to a fellow supporter. This last season, every single thing about him – his accent, his expressions, even his suits and his hair – had just brought out the venom in me.

‘A Good Dry-Cleaner is Worth a Story’ © Rajorshi Chakraborti, first published in Turbine. 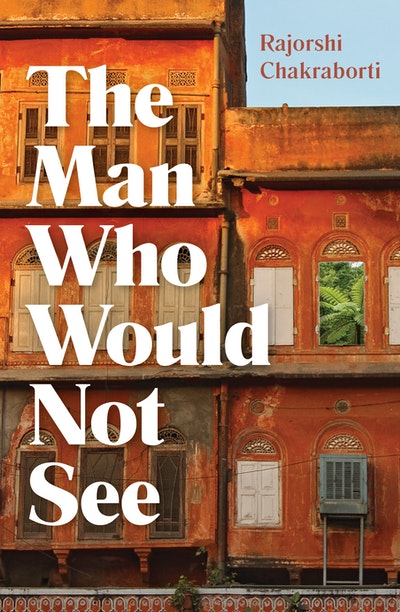 The Man Who Would Not See Rajorshi Chakraborti

An intriguing novel set in India and New Zealand; the past and the present . . .

Read the story being discussed on Jesse Mulligan’s show on Radio New Zealand on 22 February 2018.