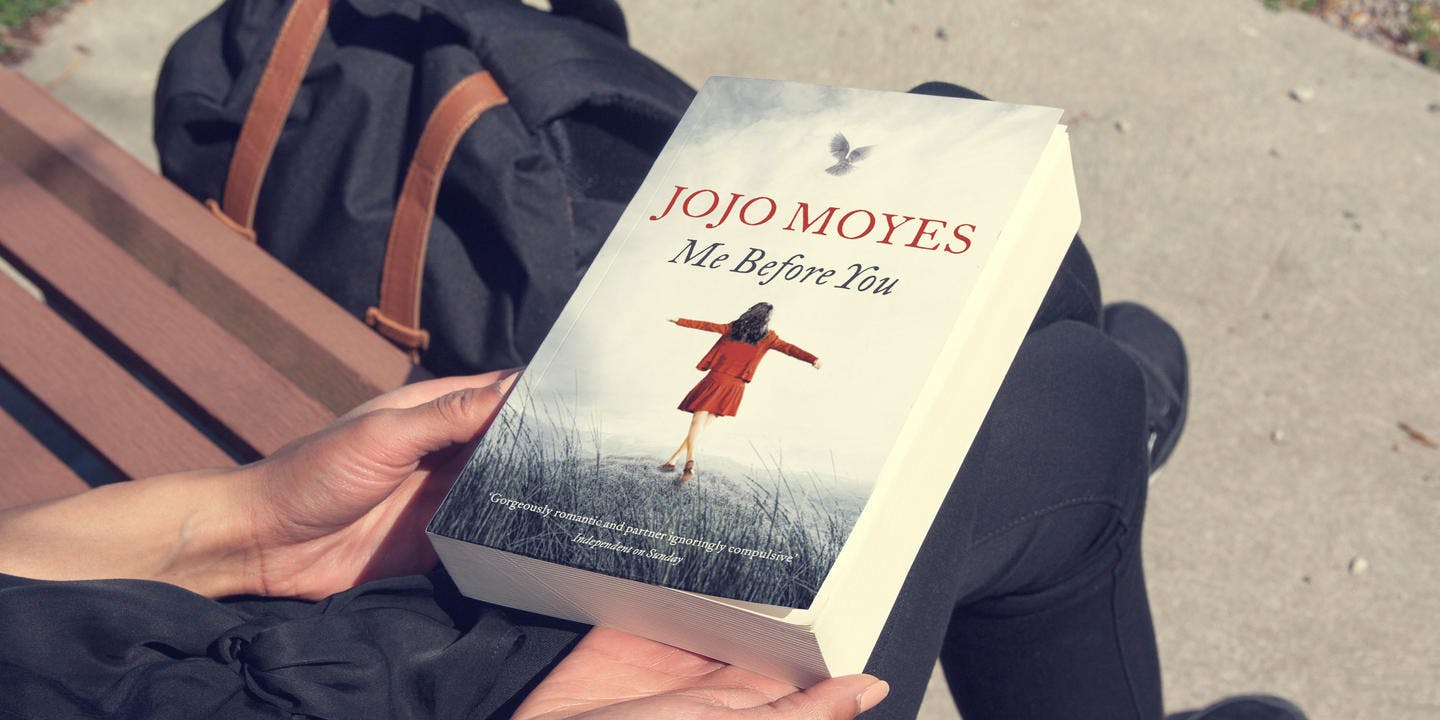 Me Before You book club notes

Jojo Moyes’ Me Before You is a book to be savoured and passed around. What better way to share in the magic and heartache than make it your next reading group selection? Take a look at our discussion notes below and get the conversation started.

She knows how many footsteps there are between the bus stop and home. She knows she likes working in The Buttered Bun tea shop and she knows she might not love her boyfriend Patrick.

What Lou doesn’t know is she’s about to lose her job or that knowing what’s coming is what keeps her sane.

Will Traynor knows his motorcycle accident took away his desire to live. He knows everything feels very small and rather joyless now and he knows exactly how he’s going to put a stop to that.

What Will doesn’t know is that Lou is about to burst into his world in a riot of colour. And neither of them knows they’re going to change the other for all time.

Jojo Moyes was raised in London. She writes for the Daily Telegraph, Daily Mail, Red and Woman & Home. She’s married to Charles Arthur, technology editor of The Guardian. They live with their three children on a farm in Essex, England.

Me Before You Jojo Moyes

After You book club notes

Reading group discussion notes for Jojo Moyes’ sequel to Me Before You.

Me Before You’s leading lady returns

Jojo Moyes takes Lou Clarke to New York in a new novel to be published in 2018.