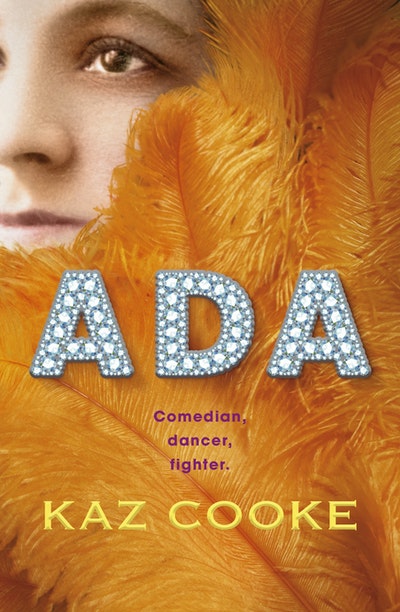 Kaz Cooke invites you to an audience with the amazing Ada. She's a show girl and a story teller with a trunk full of stories and secrets. A funny, tender novel about an extraordinary woman who made the very best of everything life threw at her.

‘I had a diamond pendant near as big as an emu egg off the Maharajah of What's-His-Name. They named a racehorse after me, and a pigeon and a potato soup on an Orient steamship.'

Under the costume made from 100 yards of billowing silk was a woman who couldn’t help being both fabulous and disreputable. Down on her luck in a rented room in Melbourne, morphia cocktail in hand, Ada receives a visitor. Is she ready to share her secrets?

Inspired by photos of real 1890s vaudevillians, Kaz Cooke brings to life a forgotten world of cunning clairvoyants and trained cockatoos; of fierce loyalties and mixed lollies; the glamour of the stage and the muck of the road. Funny, inventive and lovingly researched, Ada is the story of an extraordinary woman in the toughest of times, with the courage to make herself the star.

‘I’ll tell you what I loved about being a theatrical. You’re a custodian of magic, a purveyor of glamour, a repository of mystery. You’re someone.’

'I was enchanting, and indefatigable, and dainty, and all the other words they find to avoid saying 'beautiful'. The word they used the most was 'piquant'. Makes you feel like chutney.' - Ada Delroy

A former reporter and cartoonist, Kaz Cooke is the author of the bestselling books Up The Duff, Kidwrangling, Girl Stuff, Girl Stuff 8–12, Women’s Stuff, and the children's picture books Wanda Linda Goes Berserk and The Terrible Underpants, which is not entirely autobiographical. This novel grew out of her research and exhibition during a Creative Fellowship at the State Library of Victoria, 2013-2015.

Kaz Cooke is a bestselling author and cartoonist whose books have informed and tickled Australians and New Zealanders for more than twenty years. Her books include Up the Duff: The Real Guide to Pregnancy;Babies & Toddlers: The Sequel to Up the Duff;Girl Stuff 8-12;Girl Stuff 13+: Your Full-on Guide to the Teen Years - all updated each year; Women's Stuff; the children's picture books Wanda Linda Goes Beserk and The Terrible Underpants; and the novel Ada. With a background in journalism, she's a mum who enjoys research, toast and having a good lie down. 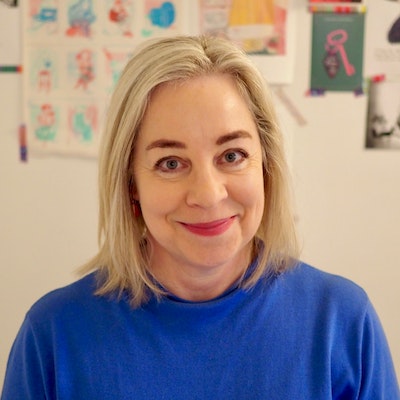 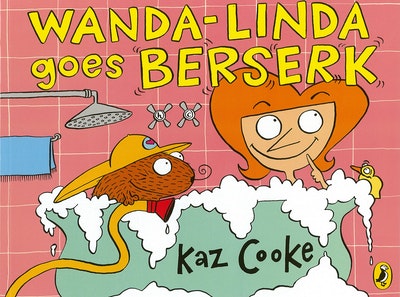 Ada is absolutely compelling, complex and real! This Lady Thesp leaps off the page and stage with a brilliant turn of phrase and a fascinating life. Laugh out loud - and heartbreaking.

Cooke breathes life into historical facts, creating a charming narrator in Ada and skilfully capturing the highs and lows of life on the stage for a woman in the 1890s.

Kaz Cooke's sparkling exploration of the life of Ada Delroy carries an extra charge of realism and social comment ... Ada's memories are related in a monologue full of pain, vitality, affection and wit.

Ada is absolutely compelling, complex and real! This Lady Thesp leaps off the page and stage with a brilliant turn of phrase and a fascinating life. Laugh out loud - and heartbreaking.