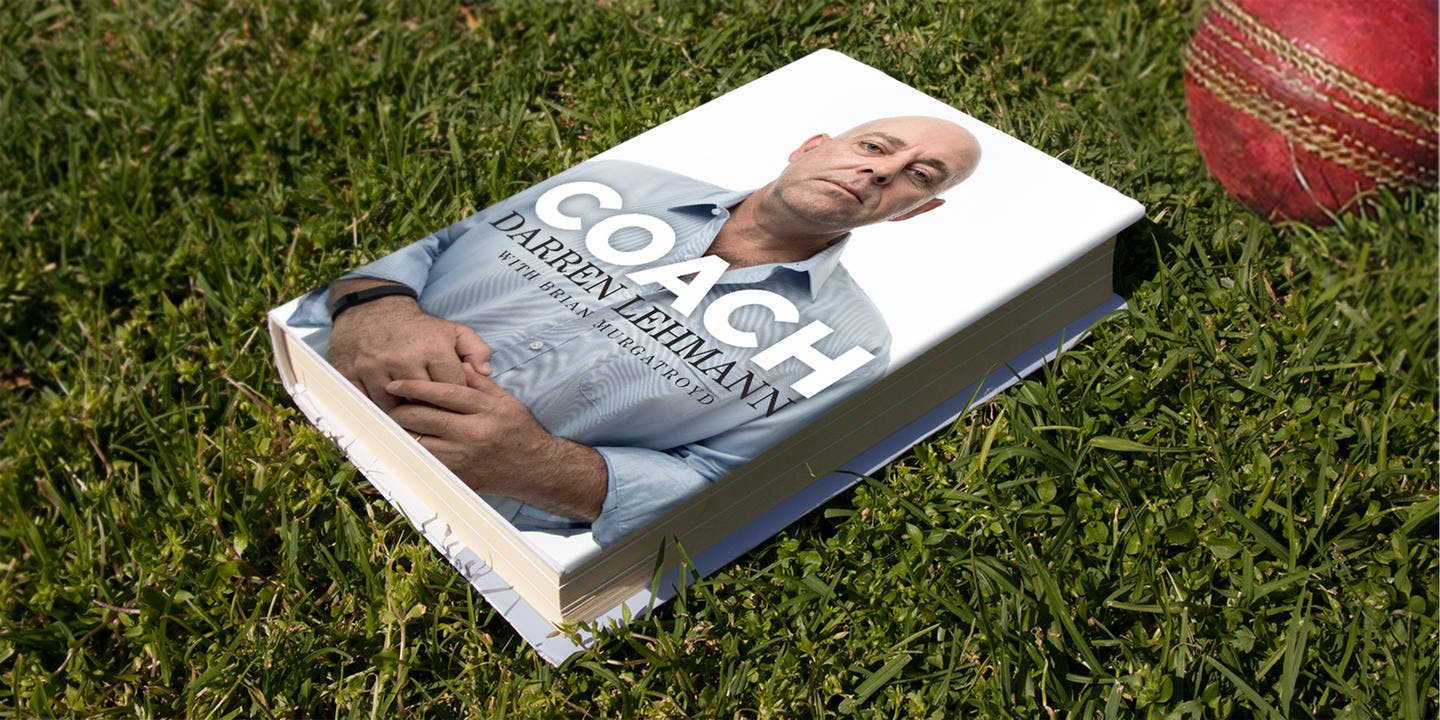 Coach traces Darren Lehmann’s path to the top coaching job in Australian cricket, and offers a view from the dressing room of a champion sporting team. Through the eyes of a world-beating player and coach, readers get insights into things like player management, the pivotal relationship between coach and captain, dealing with the mental side of the game, and the highs and lows of what Lehmann describes as ‘the best job in the world’.

From the pages of Coach, here world-champion wicket keeper and batsman Adam Gilchrist introduces the qualities that make his friend and teammate ‘Boof’ a natural-born leader.

The first time ‘Boof’ and I met on a cricket field was hardly an auspicious occasion for either of us.

It was the Mercantile Mutual Cup final at the Sydney Cricket Ground in the summer of 1992–93, the showpiece limited-overs event of the domestic season. I was playing just my second game for New South Wales and Darren was representing Victoria at the time.

We both made ducks – he was leg before wicket first ball to Brad McNamara, who went on to work as executive producer on Channel Nine’s cricket coverage, while I was bowled by Damien Fleming in the closing stages of a match we won by four wickets in the final over.

I reckon you would have got long odds at that stage that the pair of us would play alongside each other in two ICC Cricket World Cup-winning sides and that Darren would become a successful coach at domestic, franchise and international level, helping Australia to the game’s biggest prize on home soil in 2015 and in doing so becoming just the second person after Geoff Marsh to win the World Cup as a player and a coach.

But, on the face of it, his success should not come as a surprise to anyone, and for two reasons: he is a terrific cricket person and an equally great people person too.

You would not label him a ‘cricket tragic’ in the way that former Prime Minister John Howard describes himself, but Darren is someone who lives and breathes the game. Growing up in a dressing room under David Hookes was the start of his life soaking up cricketing knowledge, and his continuing desire to do that marks him out as an ideal person to learn from and a great role model for young players. He has got the life and the cricketing experiences to be able to guide his players on the right path.

At the same time, Darren is not what you would call a know-it-all and he makes no secret of the fact he does not have all the answers, something that is refreshing in a leader… he has a clear idea about how he sees his role in helping the captain to run a side and he is very much from a collaborative school of coaching. He challenges you as players to help come up with the answers, as that is the best way for players to learn. Whether you are a debutant or a 200-game veteran, your views are equally valid as far as he is concerned.

Darren is a social animal too, there is no doubt about that, and we have had many great nights out as well as sharing plenty of laughs along the way in dressing rooms from Perth to Johannesburg, Mohali to Mumbai and plenty of other places besides. He has the enviable ability to make people relax in his company and put them at their ease. He makes you smile and, as a coach, he makes you want to play for him and run through a brick wall if you have to.

When you put all those characteristics together and throw in the fact he was an outstanding player, then it is absolutely no surprise to me that Boof has proved to be such a good and such a successful coach.

And although he credits me in this book with helping to kick-start his coaching career by encouraging him to apply for the role at the Deccan Chargers, I think of that as unnecessary praise, because with his knowledge of the game and his ability to make people want to listen to and follow him, his rise up the coaching ranks would have been inevitable whether or not he got that opportunity. The fact that he helped transform us from easy-beats to champions in one season sums up the effect he can have.

This is a book that is a must-read for everyone keen to get an insight into how a world-class sporting team ticks.

Darren Lehmann’s coaching philosophy is all about maintaining perspective.