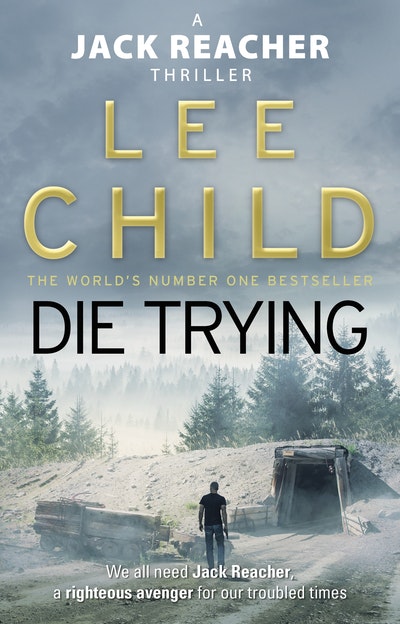 A Chicago street in bright sunshine. A young woman, struggling on crutches. Reacher offers her a steadying arm.

And turns to see a handgun aimed at his stomach.

Chained in a dark van racing across America, Reacher doesn't know why they've been kidnapped. The woman claims to be FBI. She's certainly tough enough. But at their remote destination, will raw courage be enough to overcome the hopeless odds?

_________
Although the Jack Reacher novels can be read in any order, Die Trying is the 2nd in the series.

The taut plot, set firmly in headline territory, lays bare the world of the rabid, worm-like militias crawling in the political underbelly of America... This is an action adventure that never gives you a moment's peace and quiet - an excellent read