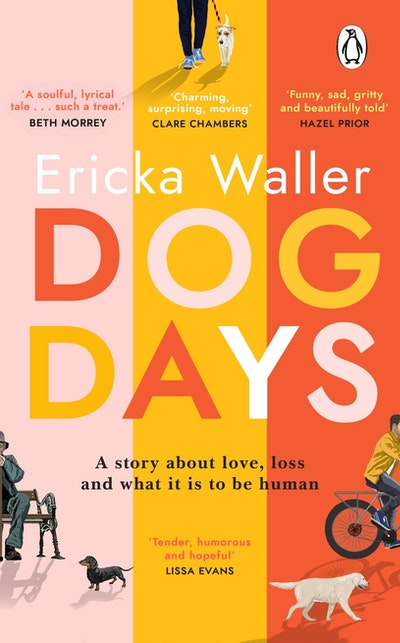 An uplifting novel about turning points, new starts, and the love of dogs for fans of Eleanor Oliphant, When God was a Rabbit and A Man Called Ove.

George is a curmudgeon in his late seventies and has just lost his wife. She has left him notes around the home and a miniature dachshund puppy called Poppy. But George doesn’t want a dog, he wants to fight everyone who is trying to help him.

Dan has OCD but has channelled his energy into his career as a therapist. Afraid to acknowledge his true feelings, his most meaningful relationship so far is with his dog Fitz. That is, until Atticus walks into his surgery and his life.

Lizzie is living in a women’s refuge with her son Lenny. Her body is covered in scars and she has shut herself off the world. She distrusts dogs – ‘there is so little people can control, not even themselves, but they still place faith in the flesh eating descendants of wolves’ – but when she starts having to walk the refuge’s dog Maud, her life begins to change.

Dog Days is a charming novel about human beings overcoming difficulty circumstances, our will to live and love, what goes wrong when we suffer in silence, and the way dogs provide a bridge for human beings to communicate better with each other.

Ericka Waller lives in Brighton with her husband, three daughters and pets. Previously, she worked as a blogger and columnist. Dog Days is the sum of everything she has learned about love, loss and the healing power of dogs.
Twitter: @erickawaller1
Instagram @erickamary
http://muminthesouth.co.uk/