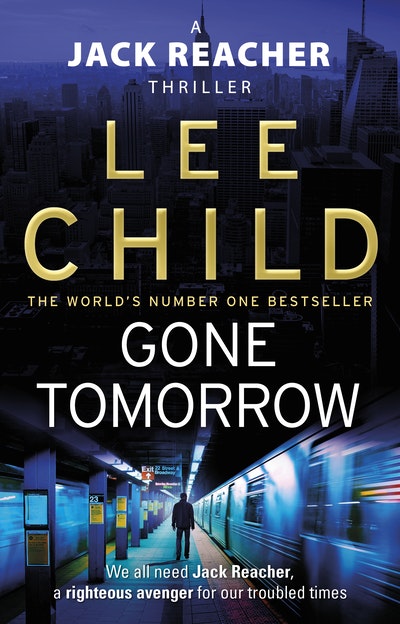 Jack Reacher faces his most implacable enemy yet, in the double number one bestseller Lee Child.

Suicide bombers are easy to spot.
They give out all kinds of tell-tale signs.There are twelve things to look for.No one who has worked in law enforcement will ever forget them.

Will Reacher intervene, and save lives?
Or is he wrong?Will his intervention cost lives - including his own?

Has the switchback plotting and frictionless prose that are Child's trademarks...His lone-wolf habits and brusque, technophobic decodings of the world are always a pleasure.

Enhances his status as a mythic avenger...You'll be left with a thumping heart and a racing pulse but, be warned, Chapter 63 will give you nightmares.

Read this before you read any other new thriller, as the master of suspense and action is back on scorching form.

Lee Child's Jack Reacher books are among the most popular crime novels right now - they're good fun and super-tense...One of his best.

So good at what he does...Much of the guilty pleasure delivered by Mr Child's books comes from their fine-tuned, obsessively deducted use of data...culminates in a blow-by-blow,stunningly well-choreographed showdown...effortlessly larger than life.

Child's writing is both propulsive and remarkably error-free, and he's expert at ratcheting up the tension...the folks he deals with consistently underestimate him....You want to scream at them, 'This is Jack Reacher for pity's sake, he'll eat you for breakfast!' He will, you know, and that's why we keep coming back for more.

One of the most suspenseful sequences Child has written yet...the kind of patriotic vigilante fantasy a lefty can love. There's no doubt Reacher is kicking butt for democracy.

Restless drifter Jack Reacher....invariably gets himself in to the kind of trouble that mkaes you wish Child's publisher printed his books on waterproof pages so you don't have to stop reading them after you've stayed up all night and have to take your morning shower. Child really is that good at heroic suspense writing.

Reacher is [Raymond Chandler's] Marlowe's literary descendant, and a 21st-century knight - only tougher. This is the 13h book in Child's terrific series, and it's the most provocative and thrilling one yet...the summer's best thriller.