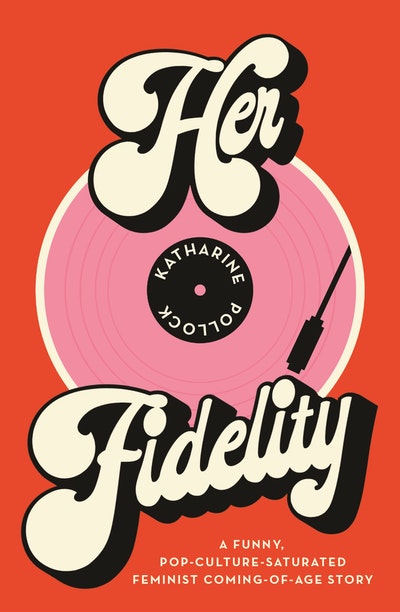 A very funny confessional novel set in one of the only Australian independent record stores still functioning, if barely. This is High Fidelity with a female gaze.

'I laughed out loud 5 times within the first 2 pages of Her Fidelity.'
KIM SALMON

'Katharine Pollock is the voice that we have been waiting for.'
KRISSY KNEEN

'An ode to friendship, community and where we belong.'
MELINA MARCHETTA

Kathy has worked at beloved Brisbane indie record store Dusty's Records for half her life. She arrived as a teenager high on her dad’s supply of Led Zeppelin, stayed through her twenties and suddenly thirty is on the horizon and she’s still there, measuring her self-worth by her knowledge of the Velvet Underground’s back catalogue.

Lately, though, cracks have been appearing in Kathy’s comfortable indie bubble. Her friends – feisty Mel, the only other woman employed at Dusty's, and straight-laced Alex, whom Kathy has known since preschool – are growing up and moving on, while she’s stuck in a cycle of record store, pub, repeat, with the rest of the Dusty's music bros. But how do you move forward when you’re stuck in a groove? And what happens when you realise that you’ve been working so hard to be part of the boys’ club that you never stopped to wonder if you should be creating a club of your own?

Katharine Pollock worked in independent record stores in Brisbane and Sydney for many years. She holds a PhD in Humanities and Communication Arts from Western Sydney University’s Writing and Society Research Centre. She was a Writer in Residence at Varuna, The Writers' House in 2020, and Visiting Writer at the National Young Writers’ Festival in 2019. In 2021 she won the Queensland Writers Centre's GenreCon short story competition and had another short story published in ZineWest. Her work has also been published in Kill Your Darlings, Funny Ha Ha and Lip.You can find her online at @thatrecordstoregirl. 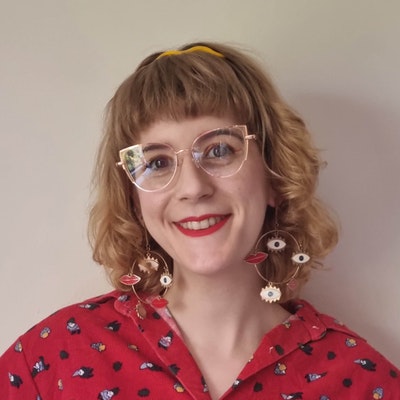 Praise for Her Fidelity

Katharine Pollock is the voice that we have been waiting for. Forensically sharp and ridiculously funny. Step aside New York. Pollock brings you Brisbane in all its glory.

Funny and joyous: the secret history of record shop girls.

An affecting portrait of people we might encounter often but know next to nothing about. Brimming with heart and humour, Her Fidelity tells us something about how to be and how not to be. Pollock’s writing is rich and relatable. It snapshots contemporary Australian society with precision and awareness. I found myself caring for the characters in the story as though they were my friends.

Like a perfect pop song you can't resist dancing to, Her Fidelity takes you by the hand and heart as it honours the life-defining powers of music and friendship. By turning the tables on the boys-club of record stores, Pollock spins a hilariously acute tale of self-becoming and a feminist future. Fresh and unflinching, it is a sharp debut: immensely fun, deftly wise, and destined for high rotation.

An ode to friendship, community and where we belong, set to a dynamic soundtrack that manages to blend nostalgia with the here and now.

Kathy is a droll slacker of a narrator, peppering her first-person narration with, as she calls it herself, ‘disingenuously witty repartee’. Her voice is at times ironic and sarcastic but it can also be funny and light. A riot grrl High Fidelity, this feminist-slanted, self-aware coming-of-age story is a cross between Nick Hornby and Meg Bignell.

I laughed out loud 5 times within the first 2 pages of Her Fidelity. As the title suggests the book is a take on the Nick Hornby classic High Fidelity but with a female perspective. That’s the bleedin’ obvious! Before you try to write this off as an imitation, consider the amount of classics that have been a take on another classic; West Side Story – Romeo and Juliet, 7 samurai – the Magnificent 7. It is often the recontextualization that makes it salient. In this case us Y chromosome types get to have a good therapeutic laugh at ourselves while we see a perspective that should be bleedin’ obvious but for some reason isn’t.

Her Fidelity is a funny confessional novel set in one of Australia’s few remaining (and functioning) independent record stores. Think High Fidelity, but with more Joan Cusack than John. Think High Fidelity but with a female gaze. The novel tells the story of Kathy. She’s worked at Brisbane’s Dusty’s Records for half her life. She arrived as a teenager, and now with thirty on the horizon she’s still there. But, the cracks are starting to appear. In many ways it’s a classic rock n roll coming of age story; with extra feminism. Author Katharine Pollock has worked in record stores in Brisbane and Sydney – so expect her to bring the authenticity. If you enjoyed Caitlin Moran’s How To Build A Girl and How To Be Famous then this one for you.

A love letter to and warning from her trade: the fun of like-minded workmates, meeting your musical heroes and having ex-roadies on hand to help you move furniture, balanced with the grind of peeling price stickers and being mansplained to by customers. It’s also, of course, a joyous, rollicking feminist riff off Nick Hornby’s famous lad-lit record-store novel.

The author walks us through the journey that most women go through as part of their own coming-of-age story - namely, the realisation that just because something is liked by women doesnt necessarily make that thing inferior, and that being one of the girls can be even more empowering than pretending to be one of the boys. This book is the perfect pick-me-up, a hilarious heroine's journey to rock bottom and back, studded with enough indie rock and pop culture references to make it a worthwhile companion for a heart-warming case of nostalgia.