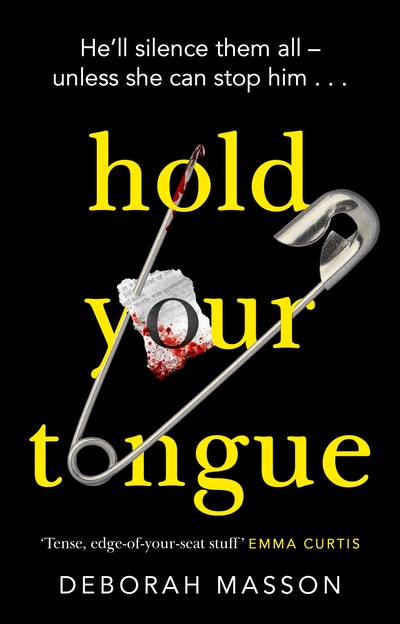 He'll silence them all - unless she can stop him . . . The first novel in an exhilarating new Aberdeen-based detective series from a fresh talent in crime writing.

'Gritty and close to the bone, Hold Your Tongue is a compelling, addictive read that I devoured in one sitting.' Lisa Hall, bestselling author of Between You and Me

In the run up to Christmas, a serial killer stalks the streets of Aberdeen . . .

On Detective Eve Hunter’s first Monday back at work following enforced leave, she is called to the scene of a gruesome crime. A young woman’s body has been discovered in a hotel room, her face mutilated and her tongue cut out. A newspaper headline about the victim’s burgeoning modeling career is pinned to the body.

Hunter and her team spend the week chasing leads, until the following Tuesday, another body is discovered in similar circumstances. Again, a newspaper headline about the victim is found on the scene.

When a breakthrough with the newspaper clippings leads them to a clue about the killer’s pattern, they realize the countdown is on until the next victim is found. Battling against a team who has lost respect for her and her own personal demons, Hunter must put herself inside the mind of a depraved killer if she is to prevent another terrible death . . .

'Without a doubt the best police procedural I have read in a long time'
'[Deborah Masson] has a long and bright future ahead if this book is anything to go by'
'Hold Your Tongue is incredible . . . You're in for a treat!'
'[Stuart] MacBride has some competition'
'Wow, what a page-turner!'
'I can't wait to read more of this series'
'Addictive from the first page to the last [...] If you read only one book this year make it this one'

'Expertly paced, intriguing and with a strong emotional kick - this is a great start to a fab new detective series' SJI Holliday, author of Violet

'A tense debut in which the past and present collide with devastating consequences. I hope to read more of DI Eve Hunter' Mari Hannah, author of The Lost

Deborah Masson was born and bred in Aberdeen, Scotland. Always restless and fighting against being a responsible adult, she worked in several jobs including secretarial, marketing, reporting for the city's freebie newspaper and a stint as a postie - to name but a few.

Through it all, she always read crime fiction and, when motherhood finally settled her into being an adult (maybe even a responsible one) she turned her hand to writing what she loved. Deborah started with short stories and flash fiction whilst her daughter napped and, when she later welcomed her son into the world, she decided to challenge her writing further through online courses with Professional Writing Academy and Faber Academy. Her debut novel, Hold Your Tongue, is the result of those courses. 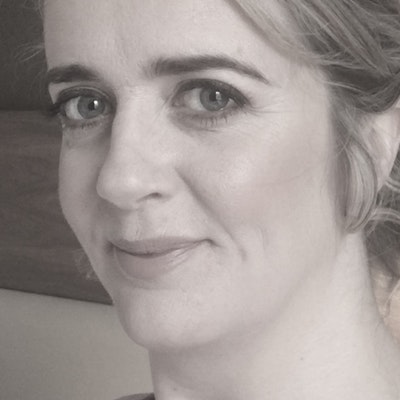 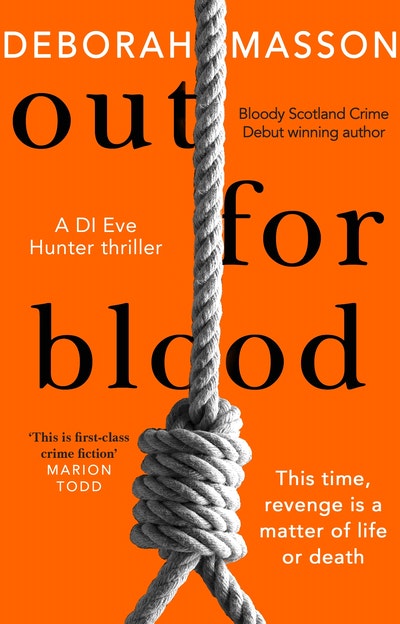 Praise for Hold Your Tongue

Gritty and close to the bone, HOLD YOUR TONGUE is a compelling, addictive read that I devoured in one sitting. With complex, layered characters and a tension-fuelled plot, this is one of my favourite debuts of the year.

Lisa Hall, author of BETWEEN YOU AND ME

If you like your crime novels blood-curdling, Deborah Masson's debut is terrifying, edge-of-your-seat stuff.

Hold Your Tongue is a tense debut in which the past and present collide with devastating consequences. I hope to read more of DI Eve Hunter.

Mari Hannah, author of THE LOST

With a twisty plot and dark, nuanced characters, Hold Your Tongue makes for compulsive reading. Not only is it a fantastic crime novel, but the start of an exciting new series.

Jack Jordan, author of BEFORE HER EYES

Gritty, gruesome and NOT to be missed!! Hold Your Tongue is a shocking and brilliant debut by an author who has the rare talent to drag the reader right into the heart of the story and keep them on the edge of their seat until the very last page. I loved DI Eve Hunter’s ability to be both fragile - emotionally and physically broken, and wracked with guilt - and at the same time 100% badass! She was an instantly likeable heroine and one I can’t wait to read about again.

Expertly paced, intriguing and with a strong emotional kick - this is a great start to a fab new detective series.

Hold Your Tongue is a cracking police procedural with enough gruesome deaths to satisfy even the darkest appetite.

David Jackson, author of A TAPPING AT MY DOOR