My Name Is Legion

The Daily Legion is a tabloid that peddles celebrity gossip and denounces asylum seekers. However, its financial survival depends on the support of a brutal African government. Recklessly defending this corrupt dictatorship, the newspaper faces off against Father Vivyan Chell, an Anglican monk and missionary who is working to overthrow the corrupt regime.

My Name Is Legion is a savage satire on the morality of contemporary Britain - its Press, its politics, its Church, its rich, its underclass. Wilson's London is a bleak, if occasionally hilarious, place: murderous, lustful, money-obsessed and haunted by strange gods. 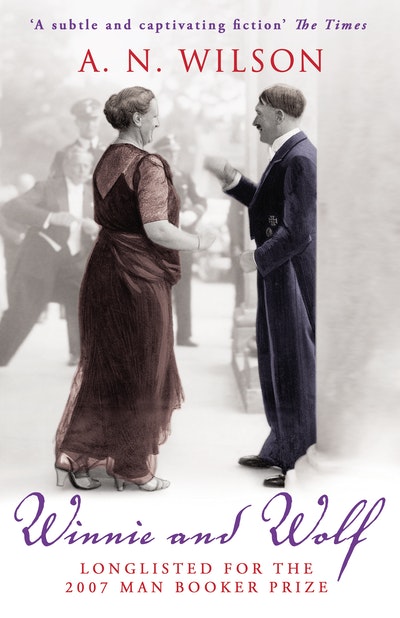 Praise for My Name Is Legion

Far and away the best novel of the year was A. N. Wilson's angry, passionate and spiritual onslaught on modern Mammon and the media... which should have won the Man Booker prize, but typically was not shortlisted

A wonderful, thrilling depiction of media manipulation, corruption, tolerance and promiscuity. It's so good, and so wise, it hurts. It's the late-20th century in a gulp

A real rattler of an entertainment

Blisteringly funny... My Name Is Legion is not one of those soft-centred satires that ducks the issue. It throws down the gauntlet to Fleet Street and asks some tough questions of the newspapers we read

My Name Is Legion weaves a compelling modern morality tale of crime and punishment that links the world of the rich and powerful to that of the poor and dispossessed... All of this is highly enjoyable, and kept going with an irresistibly waspish verve

The most spot-on novel about Fleet Street ever written... Chillingly accurate

A big, broad, sweeping book, as disturbing as it is funny

At its heart, this is a novel about the tabloid press in modern Britain. The scenes involving The Legion, its monstrous proprietor Lennox Mark and its variously brutal, corrupt of self-loathing journalists, are where Wilson's imagination has really been unleashed... Terrifyingly funny