The Hidden Life of an Englishwoman in Wartime France

The astonishing true story of a young woman's adventures, and misadventures, in the dangerous world of Nazi-occupied France

The astonishing true story of a young woman's adventures, and misadventures, in the dangerous world of Nazi-occupied France.

For Priscilla, pre-war Paris was an exciting carousel of suitors, soirées and heartbreak, and eventually a lavish wedding to a French aristocrat.

But the arrival of the Nazi tanks signalled the end of life as a Vicomtesse, and the beginning of a precarious existence under German Occupation.

Over half a century later, her nephew, Nicholas Shakespeare, found a box of Priscilla's notebooks and journals. He began investigating the rumours that she had escaped a prisoner-of-war camp and fought for the Resistance - and he finally unearthed the truth behind suspicions of disreputable love affairs and far darker secrets. 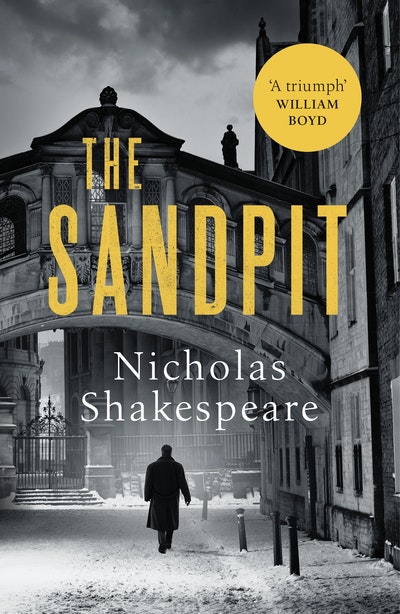 [An] extraordinary true story of the author's aunt. A life of dark secrets, glamour, adventure and adversity during wartime.

A thrilling story. an intimate family memoir, a story of survival and a quest for biographical truth

An account of the author's aunt's life in France under the Nazis. Her descent parallels that of France: Grim but fascinating

Priscilla is an unusual book, part biography, part family memoir, part detective story, but it reads like a novel and I found it impossible to put down. As an evocation of the period and the moral hypocrisy of the times, it could hardly be bettered (4 stars, Book of the Week)

As Shakespeare acknowledges, his aunt's is one of millions of wartime stories. But thanks to the extensive paperwork, and his energetic digging, he creates a detailed and vivid narrative. This is a moving, and constantly surprising story

A tantalisingly original perspective of the Second World War.Shakespeare shines a moving, intriguing light on the moral quandaries faced by ordinary civilians

A tender account of one woman's unpredictable, secretive and self-scarring wartime experiences... [Shakespeare is] a gifted novelist and biographer

The incredible story of the author's aunt, a young English woman in France during the Nazi occupation

Nicholas's research provides Priscilla with a full identity as a young, vulnerable woman whose heroism lay in being true to herself in terrifying times

As both a biographer and novelist, [Shakespeare] is admirably placed to tell such a curious but utterly compelling story

This mysterious story of the Occupation in France has all the qualities of a fascinating novel, with exquisite social, sexual and moral nuance

Nicholas Shakespeare has employed all his superb gifts as a writer to tell the picaresque tale of his aunt in wartime occupied France. Priscilla is a femme fatale worthy of fiction, and the author traces her tangled, troubled, romantic and often tragically unromantic experiences through one of the most dreadful periods of 20th-century history

Priscilla's descent into hell runs eerily parallel to that of France itself; Faustian, fascinating and in the end extremely sad

A gripping excavation of a woman's secret past, Priscilla is also a fascinating portrait of France during the Second World War, and of the many shadowy and corrupt deals made by the French with their Nazi occupiers

In Priscilla, Nicholas Shakespeare captures the soul of a young Englishwoman who, to survive in Nazi-occupied France, is forced to make choices which few in England ever had to face. She remained her own unflinching judge and jury to the end

The novelist and biographer relates the extraordinary wartime derring-doings of his glamorous aunt, whose hidden past he discovered when he stumbled across a box of her papers. Glamorous and morally ambiguous, she married a French aristocrat, escaped from a PoW camp and at the liberation of Paris, was having a relationship with a mysterious man called "Otto". Woven into her life story is a wealth of detail about life in Occupied France. Obvious appeal for fans of Agent Zigzag, Antony Beevor and Sebastian Faulks but also Suite Française. I was enthralled by it

I have not read a better portrait of the moral impossibility of that time and place for people, like Priscilla, who found themselves trapped in it... A wonderful book

Shakespeare offers a nuanced and detailed psychological study of the effect of the Second World war on an ordinary woman. The result is just as absorbing as any biography of a war hero

Priscilla brilliantly exposes the tangled complexities behind that question so easily asked from the comfort of a peacetime armchair: "What would I have done?"

Wonderfully readable. Shakespeare, a novelist and biographer of some note, is too good a writer to succumb to sensationalism. Instead, and after some impressive research, he builds a nuanced, sensitive portrait of this sad and glamorous member of his family.. As the life of Priscilla shows, surviving the occupation was too complicated an affair for any black-and-white verdict

This absorbing book has many of the excitements of a thriller

Nicholas Shakespeare has employed all his superb gifts as a writer to tell the picaresque tale of his aunt in wartime occupied France. Priscilla is a femme fatale worthy of fiction, and the author traces her tangled, troubled, romantic and often tragically unromantic experiences through one of the most dreadful periods of 20th century history

A story as haunting and improbable as any of the fictions of Modiano... Gripping

This is both a family memoir and meticulously researched historical account of the dangerous world of Nazi-occupied France... Shakespeare perfectly captures the perilous and precarious atmosphere, and provides insight into the complexity of women's lives at that time

Priscilla's is a remarkable story, teased out with great skill by her nephew, himself one of the best English novelists of our time

Like the author's biography of Bruce Chatwin, this is, beneath the obvious drama, a subtle, masterfully written work

Thomas Keneally, The Australian, Books of the Year 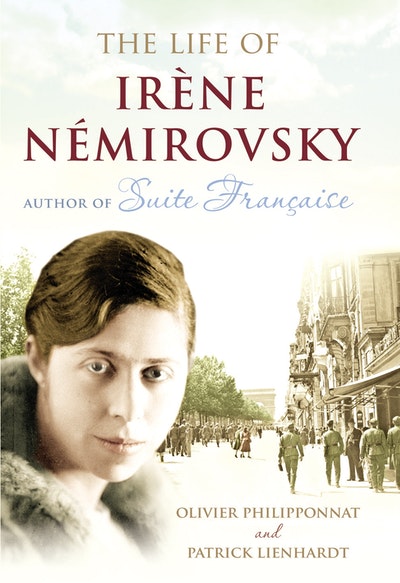