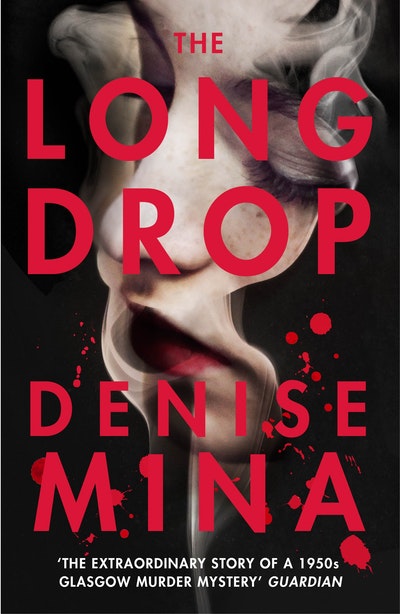 *Featured in The Times top ten crime novels of the decade*‘This book is so, so good. Forensic, beautiful and gripping’ Graham Norton ‘A masterpiece by the woman who may be Britain’s finest living crime novelist’ Daily TelegraphGlasgow, 1957. It is a December night and William Watt is desperate. His family has been murdered and he needs to find out who killed them.

He arrives at a bar to meet Peter Manuel, who claims he can get hold of the gun that was used. But Watt soon realises that this infamous criminal will not give up information easily.

Inspired by true events, The Long Drop follows Watt and Manuel along back streets and into smoky pubs, and on to the courtroom where the murder trial takes place. Can Manuel really be trusted to tell the truth? And how far will Watt go to get what he wants? ‘Extraordinary’ Guardian‘Absorbing… this is a bravura performance, a true original’ Ian Rankin

Denise Mina is the author of the Garnethill trilogy, the Paddy Meehan series and the Alex Morrow series. She has won the Theakston Old Peculier Crime Novel of the Year Award twice and was inducted into the Crime Writers’ Association Hall of Fame in 2014. The Long Drop won the McIlvanney Prize for Scottish Crime Book of the Year 2017 as well as the Gordon Burn Prize and was named by The Times as one of the top ten crime novels of the decade. Conviction was the co-winner of the McIlvanney Prize for Scottish Crime Book of the Year 2019 and was selected for Reese Witherspoon’s Hello Sunshine Book Club. Denise has also written plays and graphic novels, and presented television and radio programmes. She lives and works in Glasgow. 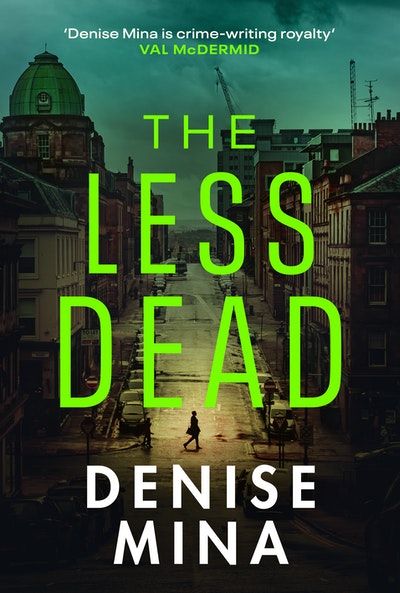 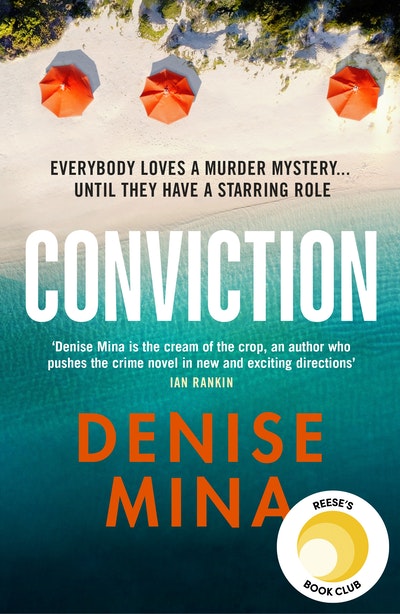 Praise for The Long Drop

It is a beautifully written book, a masterpiece by the woman who may be Britain’s finest living crime novelist

Angry, vital and unputdownable, The Long Drop’s themes of self-deception resonate long after the final page. This is crime fiction at its very best

The Long Drop is not just a success and a thrilling read in its own right, but a game-changer for the genre.

Deeply unsettling and thought provoking in all the best ways

A relentlessly tense and exciting read, every page oozes menace and its core of truth makes it all the more unsettling.

Dark, gritty and chilling, it is steeped in the atmosphere and mores of Glasgow in the 1950s

The Long Drop is an exceptional book. The pages reek of fifties Glasgow, forming an oppressive backdrop to a true crime story that fascinates and appals from start to finish. Mina’s prose cuts to the bone, laying bare the prideful wickedness of men in a tale that is as often touching as it is frightening. A feast of a crime novel.

[An] extraordinary story of a 1950s Glasgow murder mystery.

The Long Drop is an extraordinarily unsettling, evocative and compelling novel

Not a single word is wasted in this beautifully written novel. Unsettling, evocative and staggeringly good, it is possibly Mina’s finest achievement

I’ve been a fan of Ms Mina for a while, but The Long Drop has to be my favourite. The writing is beautiful and more than once I found myself having to pause, just to take in the sheer elegance of the prose. It’s an absolute gem of a book.

[O]ne of crime fiction’s most acute observers of contemporary society.

A wonderfully punchy evocation of a legendary murder mystery, packed with the authentic sights, sounds and intrigues of Glasgow in the late Fifties.

The Long Drop is a fascinating, quietly insidious work, unsettling but absorbing

[I] was gripped, impressed by her insight into the mind of a psychopath… A grim novel, but a very good one.

Powerful, passionate and compelling. Mina can chill your blood and break your heart in the same sentence

Why do Scottish writers dominate British crime fiction? With Denise Mina at least, the answer is pure class

Remarkable… It often seems as if Mina has freed herself from most of the strictures of the thriller format in order to explore altogether more literary territory. It is a pleasure to accompany her. The writing is frequently arresting

A suspenseful journey into the past with the notorious 1950s serial killer Peter Manuel, it’s a brilliant, unsettling read

The book left me with vivid images of the deprived city at that time, as well as the villains, thugs, police and normal people with opposing religious views. There is a real undercurrent of evil throughout the book from start to finish. It is a fascinating way to tell a horrific tale and although uncomfortable and tragic for all the families’ loss, it shows the monster for what he is

This unsettling, uncomfortable and compulsively readable take on justice and retribution is the real deal

If, while wishing, Ian Brady or Charles Manson a sincere good riddance, you found yourself wondering what it would be like to experience their sulphurous charisma in person, Mina’s version of Manuel is probably the closest you can get. When I finished it I wanted simultaneously to burn it and to buy copies for everybody I know

The ever-reliable Mina deserves all the awards she has already won for this, her latest novel…. Absorbing and filled with insights, this is a bravura performance, a true original

A superb recreation of a Glasgow serial murder trial (and risk of miscarriage of justice) in 1958.

When I finished it I simultaneously wanted to burn it and to buy copies for everyone I know.

This is an absolutely compelling read.

One of the most exciting writers to have emerged in Britain for years.

Staggering in scope and execution.

One of the most fiercely intelligent of crime writers

Mina's insight into the wellsprings of violence is terrifyingly acute and her eye for period detail is unsurpassed. A bravura reimagining of 1950s Glasgow

An atmospheric recreation of a vanished Glasgow…and a compelling exploration of the warped criminal mind. A Mina masterpiece

The Times, *Top Ten Crime Novels of the Decade*