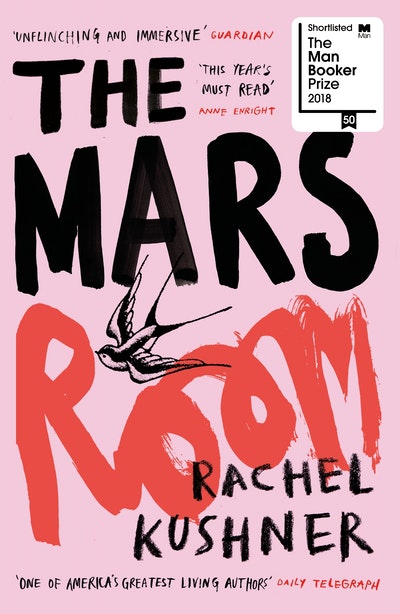 From the author of internationally acclaimed The Flamethrowers - a fearless and heartbreaking novel about love, friendship and incarceration.

SHORTLISTED FOR THE MAN BOOKER PRIZE 2018

From the author of internationally acclaimed The Flamethrowers - a fearless and heartbreaking novel about love, friendship and incarceration.

Romy Hall is starting two consecutive life sentences at Stanville Women's Correctional Facility. Her crime? The killing of her stalker.

Inside awaits a world where women must hustle and fight for the bare essentials. Outside: the San Francisco of her youth. The Mars Room strip club where she was once a dancer. Her seven-year-old son, Jackson.

As Romy forms friendships over liquor brewed in socks and stories shared through sewage pipes her future seems to unfurl in one long, unwavering line - until news from beyond the prison bars forces Romy to try and outrun her destiny.

'Kushner is one of our most outstanding modern writers' STYLIST
'More knowing about prison life [than Orange Is The New Black]... so powerful' NEW YORK TIMES
'Breathtaking' VOGUE 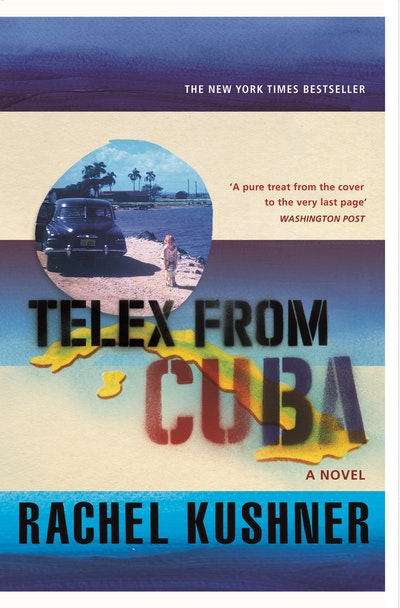 Praise for The Mars Room

It is an unforgettable novel, and leaves the reader in no doubt that Kushner is one of America’s greatest living authors.

One of the greatest novels I have read in years. Her prior novel, The Flamethrowers, was expansive and thrilling, but this is richer and deeper, more ambitious in its moral vision… an exhilarating, always surprising read.

When I finished reading The Mars Room, I immediately reread it because I didn’t want to leave its world… The Mars Room teems with quick and distinctive voices.

Cements [Kushner's] status as one of America's finest writers.

I’ve been bowled over by Rachel Kushner’s The Mars Room [about life in a women’s prison]. It’s astounding – very difficult to read but so beautifully done, and with such knowledge, although it doesn’t feel like a “researched” book.

If you haven’t heard of Rachel Kushner yet, you soon will. The American novelist has earned comparisons to Jennifer Egan and Jonathan Franzen… [The Mars Room] makes for a compelling read. Imagine a darker version of "Orange Is The New Black".

[A] grainy and persuasive novel... This is a brooding book, one that dwells on Dostoyevskian notions of innocence and evil. It moves like a muscle car, oozing down the side roads of your mind.

Kushner, a two-time National Book Award finalist, slowly and deliciously unfolds the tapestry of Romy’s backstory – infusing mystery and humor in unlikely places – while interrogating the harsh realities of the U.S. prison system.

Rachel Kushner’s The Mars Room shows what happens when a smart writer gets truly serious. It is a necessary and compelling book, and this year’s must read.

It's her best book yet, another big step forward.

Gritty, empathetic, finely rendered, no sugary toppings, and a lot of punches, none of them pulled.

This unflinching and immersive portrait of prison life is a worthy follow-up to The Flamethrowers… Kushner’s prose fizzes as dangerously as the electric fence around Stanville, her observations spiky as barbed wire, her humour desert-sky dark… [The Mars Room] marks you like a tattoo.

A jail novel every bit as brutal as those of Edward Bunker or Stephen King… The prose is beautifully composed and the narrative never goes where you expect it. Kushner thinks herself startlingly well into the minds of warped men. The ending is stunning.

A portrait of contemporary America from one of the literary world's most exciting emerging writers.

Manages to be a novel with its own worldview and its own textures, as much as a chronicle of a system that holds more prisoners per head of population than any other country in the world.

Both more blackly comic and more knowing about prison life [than “Orange Is The New Black”]… It’s one of those books that enrage you even as they break your heart… so powerful.

Kushner is a young master. I honestly don’t know how she is able to know so much and convey all of this in such a completely entertaining and mesmerizing way.

Kushner is going to be one we turn to for our serious pleasures and for the insight and wisdom we’ll be needing in hard times to come. She is a novelist of the very first order.

You sense early in this novel that you’re entering Mary Gaitskill, Denis Johnson and Charles Bukowski territory… Kushner offers a great, subversive portrait of… life inside the women’s prison… grainy and persuasive.

Urgent, terrifying and fascinating... Told with unswerving precision... Kushner is one of our most outstanding modern writers.

[Kushner] uses the novel as a place to be flamboyant and funny, and to tell propulsive stories, but mainly as a capacious arena for thinking... Like [Don DeLillo], she is good at conjuring mayhem.

The Mars Room is so sensually convincing it leaves its imprint of steel mesh on your forehead, while its compassion embraces baby-killer and brutal cop alike in the merciless confines of the American justice system. An extraordinary literary achievement.

The Mars Room is uniquely informed ... empathetic. An addictive novel, laced throughout with bracing intelligence.

I had to brace myself as I did for Hanya Yanagihara's A Little Life ... An unforgettable portrait of a life lived on the margins in contemporary America.

The Mars Room offers a rare combination of admirably sure-footed sentences and a character and plot that made me stay up far too late. Romy’s situation is unbearable, and almost unbearably realised, but the writing is so very good and the ideas so expertly handled that it’s a great pleasure to read in all its devastation.

Written with the absorbing specificity and scope that have established Kushner as one of the most celebrated contemporary novelists in the country... A novel of great urgency and devastation.

The Mars Room is mysterious and irreducible. The writing is beautiful -- from hard precision to lyrical imagery, with a flawless feel for when to soar and when to pull back.

In smart, determined, and vigilant Romy, Kushner, an acclaimed writer of exhilarating skills, has created a seductive narrator of tigerish intensity… This is a gorgeously eviscerating novel of incarceration writ large… Rooted in deeply inquisitive thinking and executed with artistry and edgy wit, Kushner’s dramatic and disquieting novel investigates with verve and compassion societal strictures and how very difficult it is to understand each other and to be truly free.

Heartbreaking and unforgettable… [The Mars Room] deserves to be read with the same level of pathos, love, and humanity with which it clearly was written.

Any book by literary darling Rachel Kushner will be highly anticipated, and The Mars Room is no exception... a bleak, affecting read.

A searing look at life on the margins… This is, fundamentally, a novel about poverty and how our structures of power do not work for the poor, and Kushner does not flinch… gripping.

Stunning… The Mars Room follows a woman, separated from her young son, who is serving two consecutive life sentences in a women’s correctional facility in California. A gorgeously written depiction of survival and the absurd and violent facets of life in prison.

Utterly convincing… the fictions [Kushner] creates have the certainty of fact.

Kushner is a masterful world-creator, and her accomplishment here is unparalleled.

Kushner’s great gift is for the evocation of a scene, a time and place, and the atmosphere.

The Mars Room is the darkly comic, tragically poignant tale of a stripper turned convict and the life that awaits her behind bars.

While Rachel Kushner's latest book doesn't pull any punches, her prose is so witty and surreal that I couldn't help tearing through... I loved it.

Spiked with gallows humour from Romy's cell mates, [The Mars Room] is a seamy snapshot of life behind bars, served with a full-throated gusto.

Placing culturally marginalised voices centre stage to explode open a world many of us know little about... [The Mars Room] left me in tears.

[A] visceral portrait of prison life

A mysterious portrait of contemporary America and life on its margins... for fans of "Orange Is The New Black".

A very compelling read… hilarious and depressing and rage-inducing in equal measures.

The Week - Novel Of The Week

It is a necessary and compelling book, and this year’s must read

Kushner’s high-definition, high-impact prose is as electrifying as it is daring

The momentum of the novel resides in its prose, the spring and sass of a voice so vivid it can largely dispense with the mechanics of plot

A salty and hilarious novel from one of America's best living novelists.

Rachel Kushner's The Mars Room should be a favourite [to win the Man Booker Prize]. If you like your escapism as gritty as it gets, prepare to be hooked by this unflinching account of a female prisoner serving a double life sentence... The Mars Room is rarely easy reading, but the furore of voices and violence and injustice throws you right into the story and keeps you immersed there.

Rachel Kushner knows how to sniff out a good character.

Rachel Kushner’s The Mars Room immerses you in the life of a high-security women’s prison in California, its central character Romy – accused of killing her stalker – both gritty and fragile. This was not a subject I thought would grip me, but in Kushner’s firm hands I was entranced. Much of the book is autobiographical – while never in prison herself, Kushner was the daughter of Beatniks and allowed to roam the dodgier areas of San Francisco as a teenager. The characters range from bullet-headed killers to a well-meaning male teacher whose ambiguities are brilliantly done. Romy’s trans friend Conan, “shoulders as broad as the aisle, and a jawline beard”, is delightfully free of the politically correct, while the style veers excitingly from straight narrative to scribbled lists like whimpers of despair.

Rachel Kushner's The Mars Room was a hot favourite on this year's Booker shortlist, and it's easy to see why… Kushner's atmospheric writing is compelling to the last.

Irish Independent, *The best reads of 2018: Our critics name their top picks*

Kushner’s writing is the most marvellous I read this year… time and again I found myself rereading paragraphs of The Mars Room for her perfectly turned sentences, the music of her prose