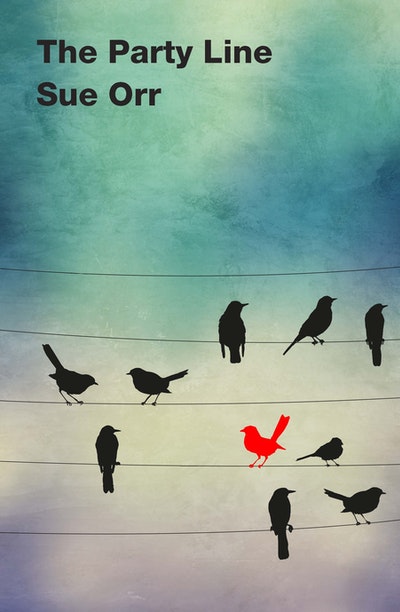 An enthralling novel of individual bravery versus silent, collective complicity, set in a vividly drawn farming community in 1970s New Zealand.The Baxters do not know their place.On the first of June every year, sharemilkers load their trucks with their families, pets and possessions and crawl along the highways towards new farms, new lives. They’re inching towards that ultimate dream — buying their own land.

Fenward’s always been lucky with its sharemilkers: grateful, grafting folk who understand what’s expected of them. Until now, when grief-stricken Ian Baxter and his precocious daughter, Gabrielle, arrive.

Nickie Walker is enchanted by the glamour and worldliness of Gabrielle. Nickie's mother finds herself in the crossfire of a moral battle she dreads to confront. Each has a story to share.

The question is: who will blink first?

Sue Orr is the author of two short story collections. Etiquette for a Dinner Party (2008) won the Lilian Ida Smith Award and From Under the Overcoat (2011) was shortlisted for the 2012 New Zealand Post Book Awards and won the People’s Choice Award. Her fiction has been published in New Zealand and international anthologies and translated into Spanish. In 2011 she was the Sargeson Buddle Findlay Fellow.

She has taught creative writing at Manukau Institute of Technology and Massey University and has a PhD in Creative Writing from Victoria University, Wellington.

‘If you only have time for one new local writer in your life then make sure it is Sue Orr,’ wrote novelist and critic Nicky Pellegrino in the Herald on Sunday. Etiquette for a Dinner Party presents ‘a wonderfully diverse, yet believable collection of characters and maladies stretching across a classic New Zealand landscape’ (The Otago Daily Times), with stories which offer an ‘intriguing, sharp-eyed exploration of gaps and misunderstandings between people, and gaps between hopes or expectations and reality, with some nicely black twists and turns thrown in’ (The New Zealand Listener).

Fiona Kidman wrote of From Under the Overcoat: ‘Sue Orr’s stories have that mesmerising quality that makes the reader race on, hoping they will never end, yet desperate to find out what happens next. Their stylishness marks a new departure in contemporary short-story writing, her weaving of new and vibrant stories on to concepts that began with the great masters is high-wire risk taking that succeeds magnificently. I admire these stories immensely: by turn tender, sly, comic, and always deeply informed about the ways of the human heart.’ 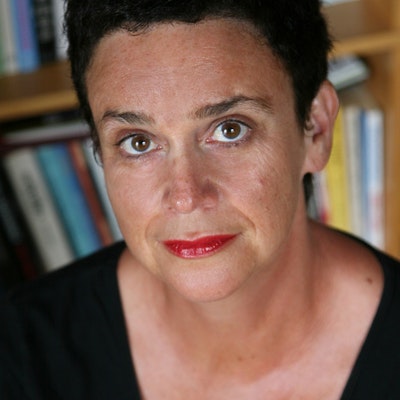 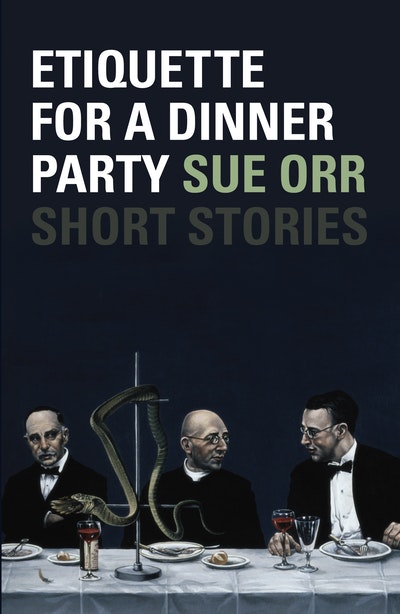 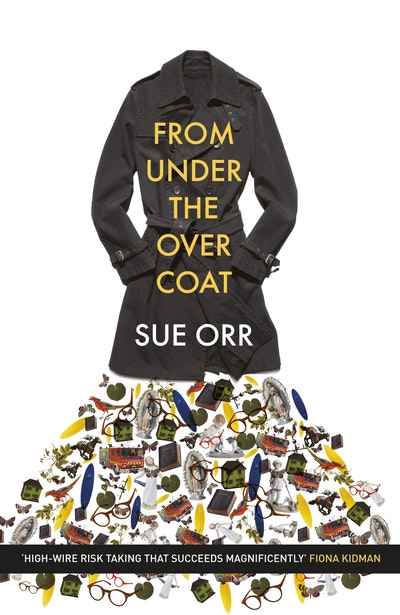 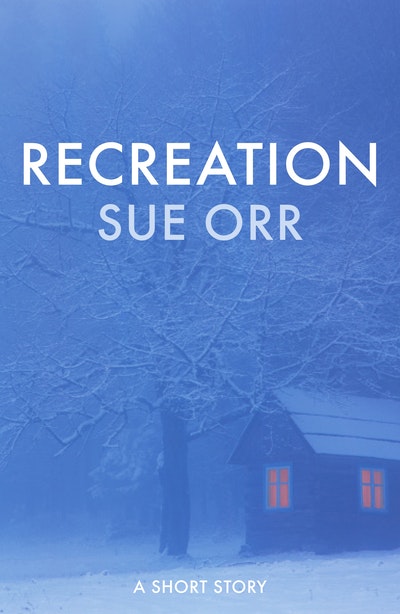 Praise for The Party Line

It's absolutely superb . . . world-class . . . she captures the farming community and the period brilliantly . . . I found it totally fascinating . . . The characters leap off the page . . . It will become a classic novel of rural New Zealand.

Taut prose and a simmering undertone of anger propel this novel forward at such a clip that you'll be compelled to keep reading. Terrific.

Aucklander Sue Orr is a writer of taut, terrific short stories and her first novel has grown out of one that appeared in her debut collection. . . . Orr's forte is careful, elegant prose and in The Party Line she shines light on the toughness of rural life, the claustrophobia of small-towns and the confusion of being a teenager. This is strikingly good New Zealand storytelling.

You'll be reminded of Fiona Kidman, R.H. Morrieson - Maurice Shadbolt even, but it's always the author's own voice that speaks. . . . It seems a while since rural New Zealand made a strong showing in our fiction. Orr does it in this forceful, sinewy story. Plot and character rule. Style is sturdy, with just a few outcrops of adjectives. She gets the teenage tone just right. Sit down with this only when you have time to spare. You'll be held.

Rural New Zealand - lonely paddocks, closed-rank conformism, insiders and outsiders. It's a potent combination, made for literature. . . . There are things not meant to be seen, and many things not meant to be said - which is why The Party Line is a great title, a metaphor for codified, stultified communication, for the conspiracy of silence that marks the adult world, as well as for a conceptual "line" that must not be crossed. . . . Orr is a fabulous, astute observer of character . . . every character leaps to life - deftly drawn individuals, each with a secret, private life. This is an easy novel to read, yet it's deceptively simple. Like the subterranean peat fire that burns near the conclusion, there's a lot going on under the surface. Orr has poured enormous quantities of detail and thought into this so that not only the physical but the social, historical and thematic landscapes are all rich, textured and contain hidden depths.

Orr lays the girls, their parents and the farming community out in a tale that uses both description and conversation as effective character-builders. The commentary on the district, its inhabitants and their parts in the tale is direct without being simplistic and carries interest in a logical and rhythmic progression. This is not a soft or easy tale, but the setting, its time and those within it are sympathetically portrayed. The early adolescence of two very different girls is a sharp portrayal of the conventions within particular communities and the wide ripple of outcomes of behaviour that challenges the party line.

. . . two things make this novel well worth reading. First, there's the close and vivid way Orr presents the community. . . This is (or at least was) rural New Zealand. The novel's other great asset is the clarity and precision of Orr's prose. Reviewers too rarely praise a novel for the virtue of readability. The Party Line is very readable, and very perceptive about the way both adults and children react in the face of trauma.

What sets this book alight, however, is a series of events and moral stands that, mediated through the ubiquitous party line, lead to a body (I won't say whose) appearing in a local waterway . . . More and more layers and versions of the truth are spoken . . . all this creates a remarkable re-evaluation and rehumanisation of the damaged individuals at the centre of the tragedy.

A well-crafted and absorbing story of an interesting and rarely recorded period in our history.

Not only is it a finely tuned portrayal of adolescent activism and adult inertia, it will also give a nudge of nostalgia to those familiar with the time and place.

Orr paints a portrait of this small farming town that is totally believable, with its Calf Club Days, its oppressively hot summers, and its clenched-fist, suspicious resistance to difference or change. There’s also a mob-mentality-like refusal to act when action is needed, and in some ways Orr’s delineation of this reflects that quintessentially Kiwi saying “She’ll be right”. In this context, saying “She’ll be right” just means ignoring a problem until it goes away, and Orr’s novel shows all too clearly how troubling such an attitude can be. . . . I found the subtle transformation of Nickie’s mother Joy to be extremely compelling. Seen at first as something of a harridan by her daughter, Joy Walker eventually becomes a much deeper, nuanced character, who has herself become aware of the strain of nastiness that runs through the town. It is this kind of gentle, sure-footed development of characters in this novel that I found most absorbing, and, along with Orr’s well-shaped prose, is, I believe, what makes this novel such high quality reading. An assured debut novel.