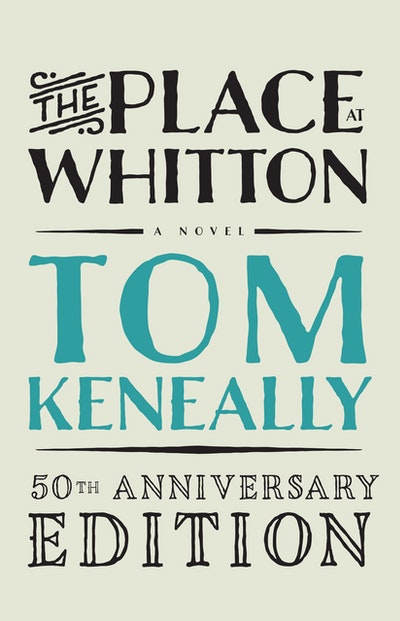 The Place at Whitton

Tom Keneally's first novel, a psychological mystery, was published after his time in a seminary. Fifty years on, this anniversary edition is being released with a new author's note about the novel and fifty years of writing.

Tom Keneally's first novel, a psychological mystery, was published after his time in a seminary. Fifty years on, this anniversary edition is being released with a new author's note about the novel and fifty years of writing.

In the shocking dirt of the cement floor, Wally lay now, indiscriminately felled amongst the piglets, prostrate on his stomach with his head on his side. Someone had battered him about the head and then strangled him with a noose of thin rope.

When a man is found brutally murdered in Whitton's monastery, Dr Stenner, Whitton's president, is horrified. Could it possibly be the work of one of his priests? A nightmare begins as another brazen killing follows. The murderer appears to be a madman. Then, into the whirlpool of fear and violence, steps a cold and steely young woman who, it seems, has a very specific use for a priest gone bad. Stenner knows he must somehow control the fear whirling around the monastery, for 'death outside these walls was simply death; death within them might be called murder, vampirism, witchery' ...

Tom Keneally is one of Australia's most loved and acclaimed writers; with this new edition of his first novel we can celebrate fifty years of his writing and wisdom, and see where it all began.

Praise for The Place at Whitton

The characterisation shows the gift for observing human nature which has marked Keneally's long career as an author.