A compulsive and chilling novel about subjugation, survival and the meaning of family.

Up on the highway, the only evidence that the Chamberlains had ever been there was two smeared tyre tracks in the mud leading into the almost undamaged screen of bushes and trees. No other cars passed that way until after dawn. By that time the tracks had been washed away by the heavy rain . . . It was a magic trick. After being in the country for only five days, the Chamberlain family had vanished into the air. The date was 4 April 1978.

In 2010 the remains of the eldest Chamberlain child have been discovered in a remote part of the West Coast, showing he lived for four years after the family disappeared. Found alongside him are his father’s watch and what turns out to be a tally stick, a piece of wood scored across, marking items of debt.

How had he survived and then died? Where was the rest of his family? And what is the meaning of the tally stick? 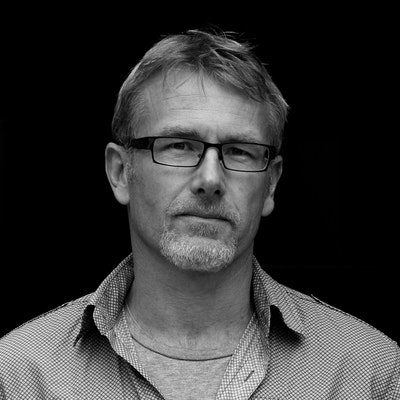 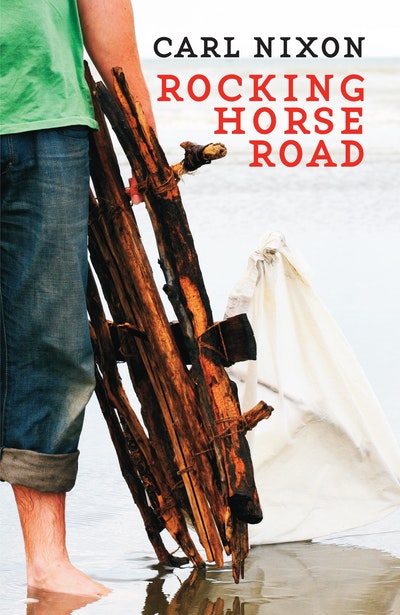 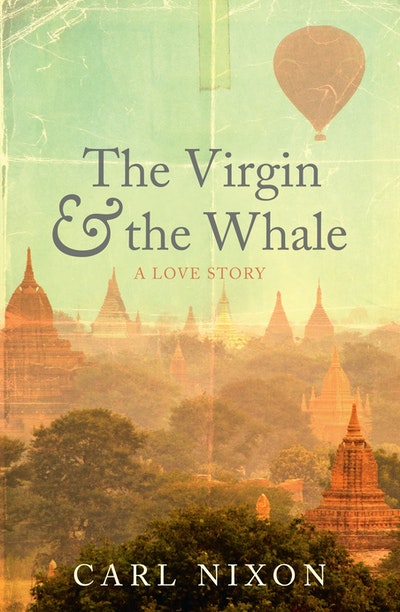 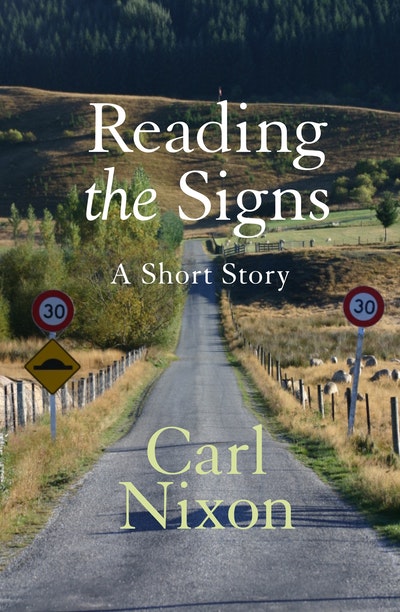 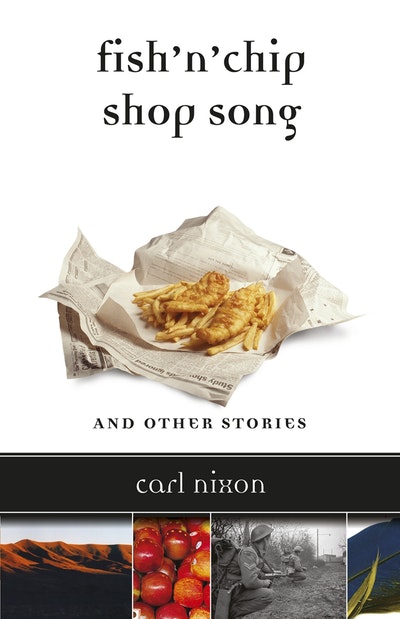 Praise for The Tally Stick

I would place it firmly amongst what's called a literature of unease so it's very ominous and very foreboding . . . is completely compelling and which you admire the skill of so much, the writing is very powerful . . . it keeps you hooked . . . it's really masterful writing . . . I highly recommend it.

Nixon sketches in aspects of his characters’ lives deftly. . . . There’s much more, including a present day subplot involving the children’s aunt travelling from New Zealand to the UK in search of her family. It’s this thread that provides a poignant twist near the novel’s end, just before a final scene that takes us back to the beginning and provides a resonant conclusion.

‘The car containing the four sleeping children left the earth.’ That is a perfect opening sentence, conveying both mystery and dread, an almost fairy-tale dimension (dreaming children) existing alongside the brutal image of a serious car crash on a remote road on the West Coast of the South Island in the distant 1970s. . . . Does that sound Grimm? There are further fairy-tale resonances, but Nixon, who always sticks close to realism, doesn’t push them too far. . . . he is an enormously competent, highly skilled and accessible writer who successfully straddles the gulf between literary and commercial worlds. The Tally Stick? . . . is an efficient, gripping story, a Kiwi Gothic thriller that is confidently and economically told. It is probably his strongest novel. It would also make a hell of a movie, or better yet, a TV series. Nixon has things to say about adaptation and identity, about family and home, about colonialism and the new rituals and beliefs we might adopt or invent in a new land (the author has a religious studies qualification), but he lets these and other themes glide under the surface like one of his giant eels. The imagery of falling returns at the end, but there is a contrary movement, a floating above things, almost birdlike, which imparts a sense of hope and a belief in some kind of greater balance, just as Nixon balances his hard realism with a spiritual dimension.

The Tally Stick unravels a yarn of acceptance, denial, love and resentment. There are many subtle investigations into why people behave as they do, and how simple but necessary choices affect everything. Every event and every conversation is essential to the plot with the things left unsaid and unexplained as the most powerful moments that will leave the reader thinking about the moral rights and wrongs of this story for some time to come. This is the best kind of novel: complex, contemplative, upsetting, written with an ease and flow that makes it a compelling read.

It is almost impossible to write a detailed review of The Tally Stick without ruining the plot. It is a compelling mystery, the effectiveness of which depends on the reader not knowing anything of what is going to happen. The story is told from multiple timelines and points of view, yet it is well structured and the different narratives weave around each other. . . . The Tally Stick is about so many things, and many of them link to the meaning of the stick - a record of unpaid debts. It raises the question of what, if anything, people owe each other, what must be earned and what should be freely given. It is about what you owe your family, at what point you may give up on them, follow your own path and disassociate from them. And if connections last through the years, what are you connected to? How do people change in different environments? . . . There are other characters the car crash survivors encounter, and they are ambiguous. We suspect them and fear them, but eventually we understand them, to a degree. The colonial experience is somewhat echoed, by the survivors encountering people who have been shaped by a completely different world. And in there being those that adjust and those that can’t, but who are therefore changed in a darker way. Those from the UK often must ask for clarification, what is a Crunchie, what are the wop-wops? The writing in The Tally Stick is evocative, you can smell the native bush, see the birds, feel the soggy forest floor. There is much that the reader must fill in for themselves. It is a read full of conflict, violence, and dread, but there is also beauty and kindness, and the switching back and forth gives it an inevitability that puts the characters in the frame of a morality play. I am not going to say anything else about the story – you will have to, and should, read it yourself.

The Tally Stick begins like a waking dream, a horrifying free fall where time stretches out before snapping sickeningly back into place . . . Nixon’s opening paragraphs capture the stillness, the speed, the clarity of this horror, before punching us back into reality. From here, the novel is taut and well-plotted, balancing a mounting sense of dread with unexpected payoffs, and dancing across two parallel storylines . . . The action doglegs in often unexpected but satisfying ways . . . it challenges our expectations of genre, and in doing so engages with thorny questions about the nature of our relationships with one another. In this sense, the titular tally stick is really a McGuffin. Sure, it has a literal purpose at one stage. It’s a good hook, and its initial appearance is one of many oh shit, what now moments in the plotting. But it comes to stand in for bigger questions about reciprocity and obligation that act as the marrow of the story . . . All elements of suspense, genre and environment aside, this exploration of reciprocity illustrates how The Tally Stick is invested in looking at identity in post-colonial Aotearoa, with gestures towards England then and now . . . Nixon’s satisfying book suggests that the myriad and sometimes shifting obligations we have to one another, as well as the things that we specifically owe, aren’t mere transactions. Instead, they form the meat and sinew of our relationships, however tangled those relationships may be. To pretend otherwise will leave you alone, or, in the case of Mo, royally screwed.

The impenetrability of the New Zealand wilderness is depicted with an acute eye. The description of the land is impeccable and sensitive; rivers, wildlife and weather become symbols of terror and awe. Humanity is subjugated to nature's power, and only the toughest can exist. Nixon deftly highlights the stark differences between urbane educated Londoners and Kiwi survivalists bunkering and stocking up to ward off calamity. . . . Overall, The Tally Stick is a brilliant and easy read - a tale of survival and adaptation.

This is a ripper of a tale. . . . The ending was not what I expected. An exceptional yarn.

Tense as a thriller, engrossing as a mystery, this novel examines lives in deep isolation on the West Coast of the South Island. How can the children who survive a car crash in the late 70s disentangle themselves from deep, unfamiliar bush—and their rescuers?

With slow-burning, very deliberate pacing, THE TALLY STICK isn't easy reading by any means, although it is handled with as much sensitivity as you could bring to a story of such family tragedy . . . It's cleverly structured, intricate and considered, told from multiple viewpoints and in multiple timelines, the switching aspects made easy for the reader to follow. THE TALLY STICK is a mystery more than a crime novel, all about consequences and fate. Not the easiest read in the world it's one of those books that I'd happily recommend readers have a look at - with a warning that it's going to be memorable, enthralling and very discomforting, but you're unlikely to ever want to call it straight-forward or easy reading.