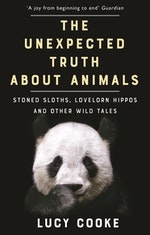 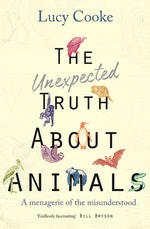 History is full of strange animal stories invented by the brightest and most influential, from Aristotle to Disney. But when it comes to understanding animals, we’ve got a long way to go.

Whether we’re watching a viral video of romping baby pandas or looking at a picture of penguins ‘holding hands’, we often project our own values – innocence, abstinence, hard work – onto animals. So you’ve probably never considered that moose get drunk and that penguins are notorious cheats.

In The Unexpected Truth About Animals Zoologist Lucy unravels many such myths – that eels are born from sand, that swallows hibernate under water, and that bears gave birth to formless lumps that are licked into shape by their mothers – to show that the stories we create reveal as much about us as they do about the animals. 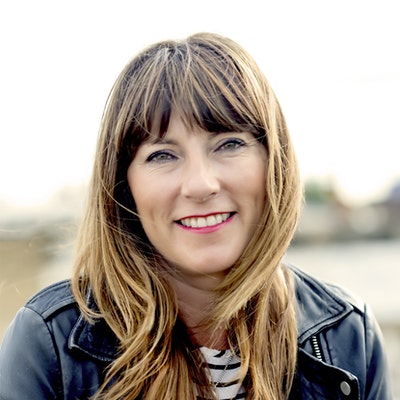 “A riot of facts....Cooke scores a series of goals with style and panache.”

“Beautifully written, meticulously researched, with the science often couched in outrageous asides, this is a splendid read. In fact, I cannot remember when I last enjoyed a non-fiction work so much.”

“Best science pick. Sigmund Freud's first paper involved the dissection of eels in an attempt to locate their testes. To his frustration, Freud failed to find any. The eel's life cycle remains slippery, notes natural-history broadcaster Lucy Cooke in her deeply researched, sassily written history of "the biggest misconceptions, mistakes and myths we've concocted about the animal kingdom", spread by figures from Aristotle to Walt Disney. Other chapters spotlight the sloth, vulture, hippopotamus, panda, chimpanzee and others, and dismantle anthropocentric clichés with scientific, global evidence.”

“Lucy Cooke's The Unexpected Truth About Animals was a joy from beginning to end. Who could resist a writer who argues that penguins have been pulling the wool over our eyes for years, and that, far from being cute and gregarious, they are actually pathologically unpleasant necrophiliacs?”

“Packed with knowledge and eye-opening animal history . . . almost every page contains something startling. In bringing us all this information, Cooke has clearly done her homework - travelling the world to see the animals for herself, and consulting many obscure books . . . a winning combination of thorough knowledge, lots of good jokes and a passionate love of animals that means Cooke can even mount convincing defences of such despised creatures as vultures. An often eye-popping, occasionally hair-raising, but ultimately joyous reminder of just how strange our world is. ”

“Lucy Cooke unravels myths that will make you laugh out loud. Her knowledge of all things, furry, slimy and scaly is jaw-dropping.”

“Each of Cooke's thirteen breezy yet fact-stuffed chapters traces the origins of a long-standing myth about a species or class of animal.”

“The eclectic stories come thick and fast, with an equally varied human cast dedicated to uncovering the truth, scientifically or otherwise. Cooke illuminates and mickey-takes in equal measure, and the truth as she tells it is not only unexpected but often bizarre, bawdy and very, very funny. ”

“The rising star of natural history ... is she the new David Attenborough?”

“Fantastic. The new Origin of Species. A proper page turner.”

“This 21st century bestiary is as surprising as it is diverse. Consummate natural history writing: illuminating, remarkable - and very, very funny.”

“A compendium of intriguing and revelatory animal information - you may find dolphins go down in your estimation, while hyenas go up ...”

“An eye opening , informative and hysterical history of our ideas about animals - very funny !”

“Clever, thoughtful, accessible and, above all, so SO funny.” 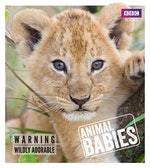 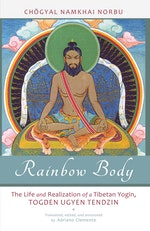