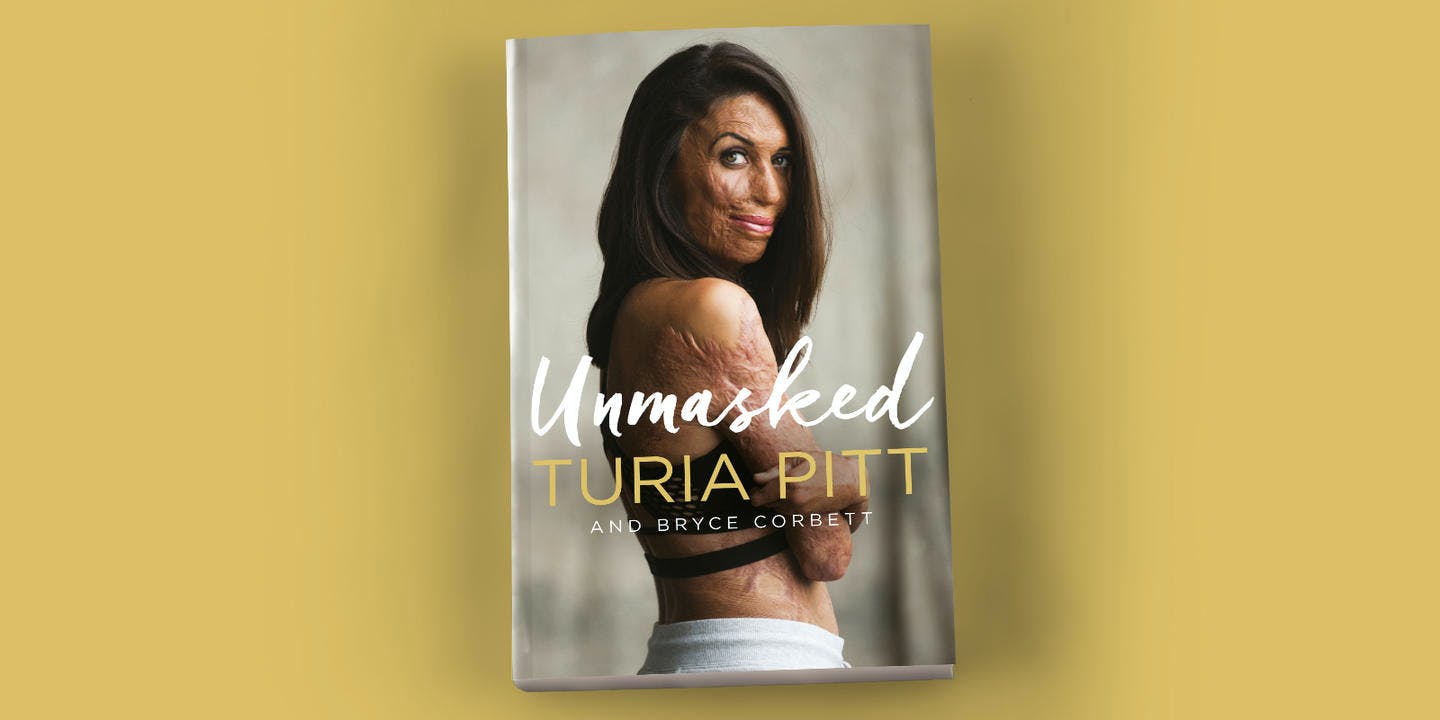 The moment Michael Hoskin realised he and Turia Pitt would prevail as one.

From the first media reports of Turia Pitt’s horrific bushfire ordeal in 2011, the nation watched on, clutching onto hope and any news of her unlikely recovery. Her story made headlines around the world, but few of us could ever really comprehend the physical and emotional journey Pitt has undertaken since that fateful day. Unmasked not only reveals the woman behind the headlines – highlighting the inner qualities that allowed Pitt to prevail where others might have faltered – but also introduces the people who made her recovery possible. None have borne closer witness to Pitt’s recovery than her long-term partner Michael Hoskin – the indefatigable life-force at her bedside day and night.

‘Wherever I go and whomever I meet, I am asked about Michael,’ Pitt writes in Unmasked. ‘There’s something about him that has captured the public’s imagination. To my way of thinking, it’s for one simple reason. It’s because he has demonstrated what love is. He is a living example of the best, most dedicated partner a girl could ever hope to have.’

From the Foreword of Unmasked, here Hoskin relates the moment post-accident he realised that together they were strong enough to get through whatever was to come.

As I wheel Turia out of her room in the burns unit at Concord Hospital, my mind wanders. Three months earlier she could run for hours upon end. Now she can’t even walk. It’s hard not to rail at how unfair it seems, how I don’t want our lives to be this.

We pass a tightly sealed window and glimpse the outside world – a concrete jungle of houses, at that moment being covered with misty rain. Then out of nowhere a bright red-bellied king parrot appears, its olive-green wings spread. Turia, her mother and I watch as it lands on the railing in front of us.

‘Look at the pretty parrot,’ Turia says softly. It checks us out.

I am overwhelmed with emotion. This moment will be with me for the rest of my life because it was then I knew that my girl was going to draw on every ounce of strength she had and charge on into her recovery; and I would be right by her side every step of the way.

As Turia slowly clawed her way back from death, her plastic surgeon told me, ‘You have a mountain to climb, mate.’ Five years on, we have finally reached the peak. As you will discover in Unmasked, Turia is pushing the boundaries of life, absorbing every precious second she has on earth. Most of all, she is happy to be living her life ‘like a boss’, as she likes to say.

It’s been both humbling and fascinating to have witnessed the resilience of the human body, her transformation from near-death to profound strength. Yeah, it’s been hard. Hard for me. Harder for Turia. Testing on our relationship? Of course.

But I’m super-proud of the woman who is by my side. I’m continually floored by her strength and tenacity, and by her will to live life to the extreme. She embodies the indomitable spirit of humanity, which we all have somewhere inside of us.

In 2011 Turia Pitt made headlines for having barely survived a terrible bushfire in the desert. She is now one of the most inspirational women in Australia.

Walk a mile (or 50!) in the shoes of Unmasked author Turia Pitt.