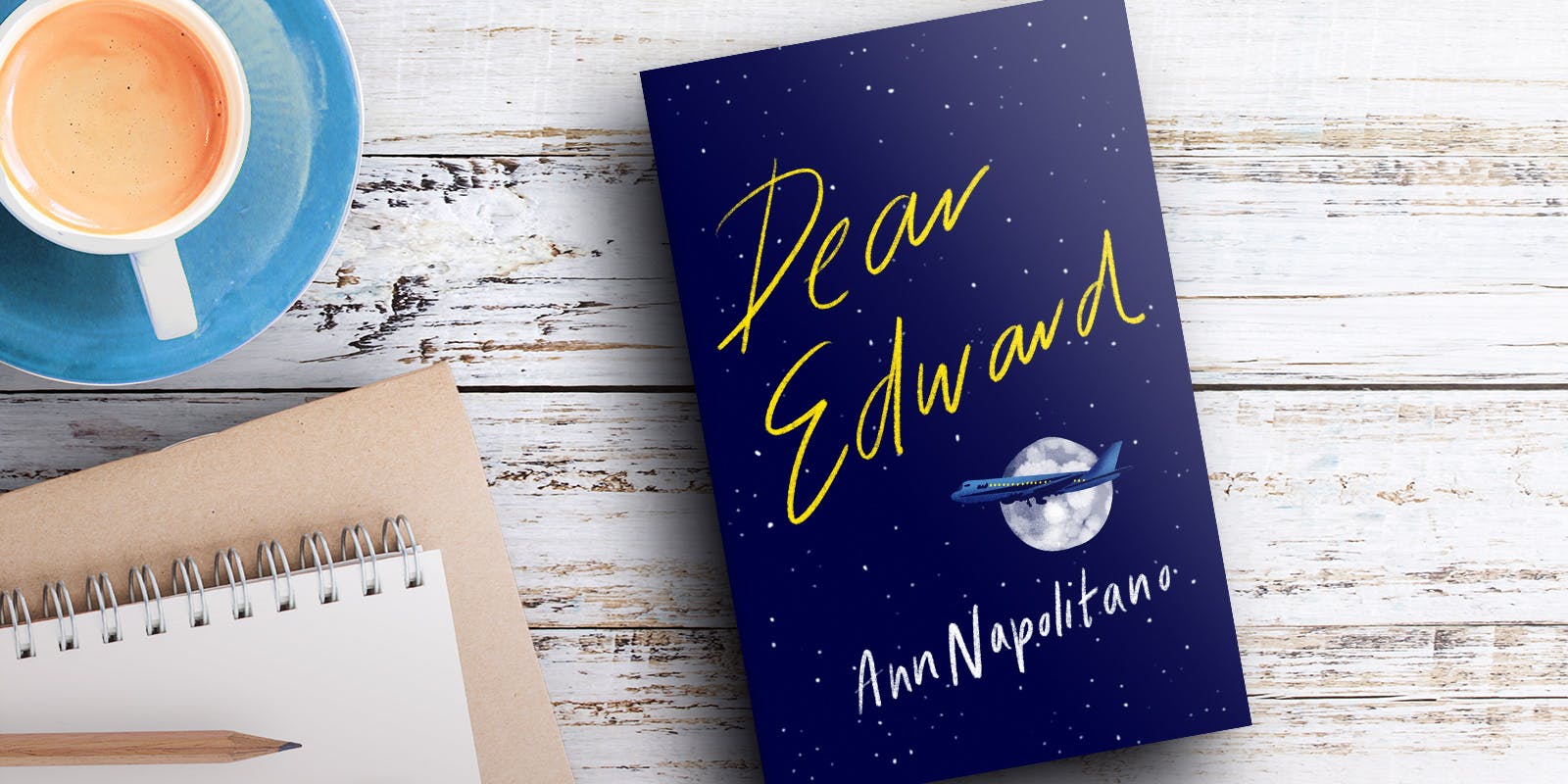 How did it all begin? What sparked your interest in writing about the aftermath of a tragedy?
Dear Edward started when I became obsessed with a real plane crash in 2010. A commercial flight from South Africa to London – filled with mostly Dutch passengers on their way home from vacation – crashed in Libya, and everyone on the flight died except for one nine-year-old boy named Ruben van Assouw. Ruben was found still strapped in his airplane seat about a half mile away from the wreckage. Investigators speculated that he’d been sitting near the fuselage and had been basically ejected from the plane. He had a badly broken leg and a punctured lung, but was otherwise fine. Everyone else, including his parents and brother, had died immediately. I couldn’t read enough about this story, and I knew fairly quickly that I was going to have to write my way into understanding how this little boy could possibly walk away from this crash, from the loss of his entire family, and find a way not only to survive, but to live.

In a creative sense, how did you come to know the characters in the story?
Edward was the origin of the story, so he was there from the beginning. In his new, post-crash life, I knew his aunt and uncle would adopt him, and I knew he would end up sleeping on the floor of a girl who lived next door. Beyond that concept, though, Shay showed up fully formed as herself. I spent a year doing research and taking notes before I started writing the novel, and a lot of my planning that year went into the characters on the plane. It was an exciting opportunity to choose who I wanted to delve into, because every kind of person flies. I wanted the characters to be very different from each other, and once I sketched out the idea for a character, I would read a book or two in research for him or her. For Crispin Cox – the curmudgenly billionaire – I read Jack Welch’s biography Jack: Straight from the Gut (which is unintentionally hilarious). I came up with Florida after reading Neil Gaiman’s Sandman series, inspired by how Gaiman disregards boundaries like time. For Benjamin, the soldier, I read War by Sebastian Junger, and also spoke to a friend who is a captain in the army.

What were the challenges associated with writing a 12-year-old boy?
Because Edward was inspired by the survival of a real child, all of my imaginings about his feelings and predicament were always from the perspective of a boy. I love inhabiting different points of view, and it comes fairly easily to me (other aspects of writing do not) so miring myself in Edward’s mind wasn’t particularly hard. Figuring out what would happen to him, and how he could grow in a way that felt true and not too melodramatic, was the difficult part.

What were the challenges associated with writing from multiple perspectives?
Writing from multiple perspectives is so fun for me – I can’t imagine being limited to one point of view for an entire book. I always had multiple perspectives in the plane chapters, but in earlier drafts I also went into the point of view of Edward’s aunt and uncle, as well as Shay. I realized, though (or perhaps my writing group told me), that I was putting the reader into too many heads, and it was too noisy. So I decided to listen to many voices in the sky, and only Edward’s on the ground. It felt important that we stay rooted in him, and his experience.

Are there other authors or books that you looked to for inspiration?
The books I used as research for the passengers on the plane (listed above) were of course critical to this book. There was also an article in the magazine Popular Mechanics about the crash of Air France flight 447 by Jeff Wise, that was instrumental in my understanding of what happened in the cockpit on my fictional flight. Otherwise, there are so many authors and books that inspire me to do better in my own writing. I was obsessed with Henry James in college, and the short stories of Raymond Carver were pivotal in my wanting to be a writer. Toni Morrison, David Mitchell (Cloud Atlas!), Ann Patchett, Junot Diaz, Lauren Groff – there are too many to name. I posted on Instagram recently a list of five books I’ve read that I love, and that feel like the kind of fictional terrain I want to tread as a writer. Here they are:

How did you go about researching air-crash survivors?
I read everything I could about Ruben van Assouw (although there wasn’t much, because his aunt and uncle did a wonderful job of protecting his privacy), and read literature on the psychology of survivor’s guilt. By good fortune, a documentary called Sole Survivor was released toward the end of my writing the book, in which a survivor of a plane crash interviews other sole survivors of plane crashes. That was fascinating to me, obviously. All of the survivors had a similar expression in their eyes, and they either embraced risk in their life (racing motorcycles, for instance) or avoided it, and lived very quiet, safe existences. Their losses, and their survival, had carved them into the people they’d become.

What do you hope readers take away from Dear Edward?
I don’t feel like I have any right to expect certain responses from readers. I suppose that my deepest hope, though, is that they love being in the universe of the book, and that they are glad to have read it when they’re done. 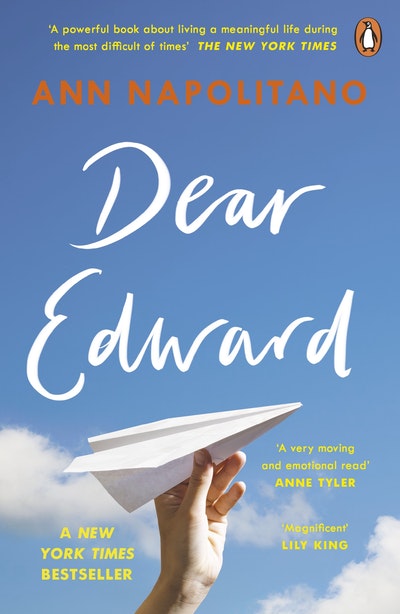 The luminous, life-affirming New York Times bestseller about a 12-year-old boy who is the sole survivor of a plane crash