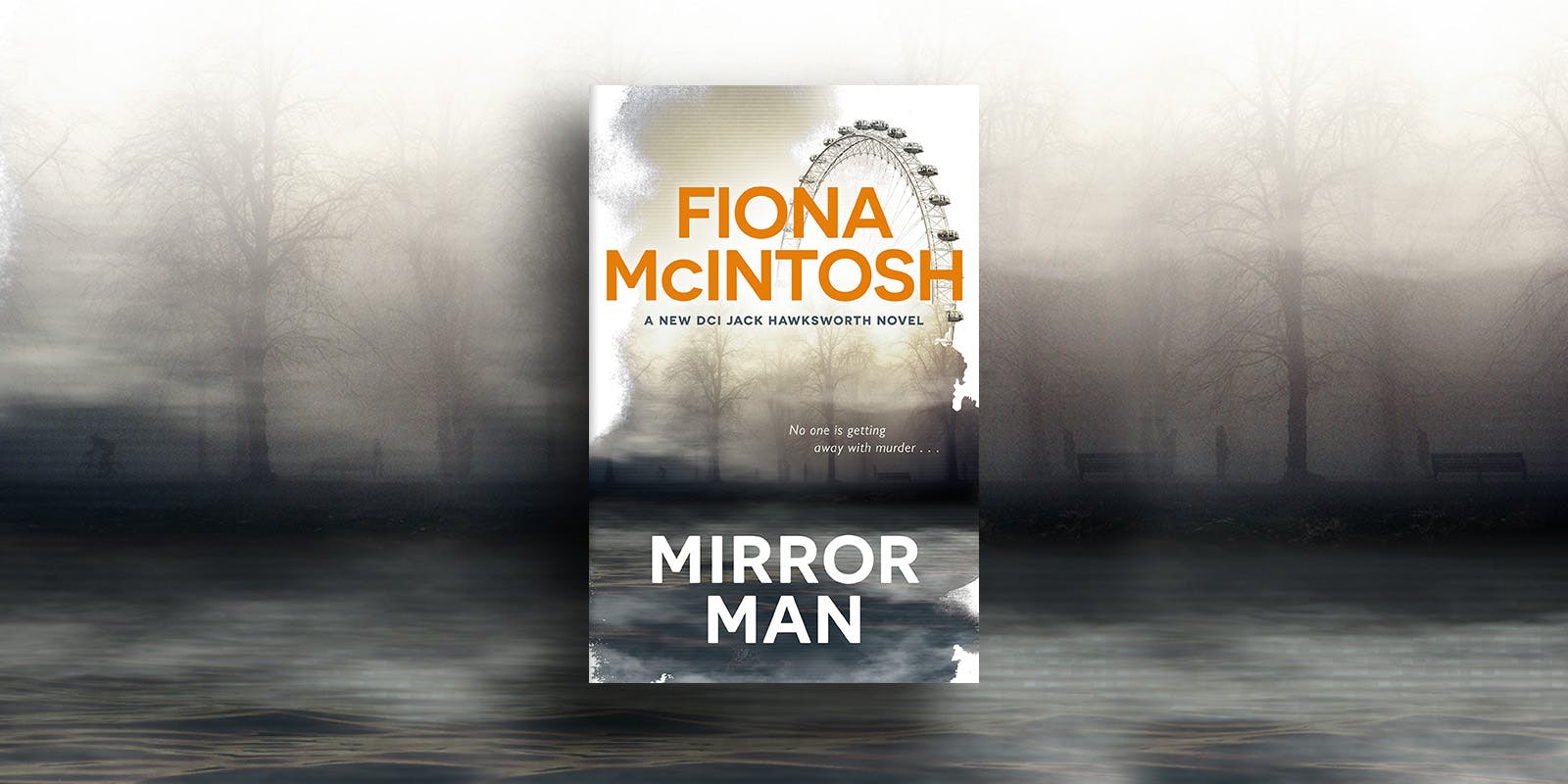 What was it like to return to the world of DCI Jack Hawksworth?
Initially it felt daunting. I first created Jack in 2008, so in my world that’s a lifetime ago. I’ve written about fourteen novels since and I’ll admit I worried that he would be too hard to access after such a long absence. However, the reality couldn’t be further from that dread. From the moment I sat down in early 2020 to tap back into Jack’s world, it felt like a familiar pair of favourite jeans being pulled on. Jack and I fitted together instantly and I was able to hear him, see him, walk alongside him with such ease I was genuinely surprised… and of course delighted. The minute I realised I knew him as well as I ever did, the storytelling process became fun.

We know you like to travel to the destinations that end up in your books, did the border closures of the past year affect how you approached researching and writing Mirror Man?
Gosh, I was lucky. I had just finished my third trip to Britain for this book and it was March 2020 and I nipped back into Australia, armed with all those final bits and bobs… and Australia closed its international borders. I had actually been on a research trip for two books – Mirror Man in its final pass and The Spy’s Wife where I was doing a lot of the hard legwork of location sourcing. So I feel very fortunate that both of those books for 2021 were ‘in the vault’ in terms of research material.

Readers love the DCI Jack Hawksworth character and will be very excited for the latest instalment in the series, what makes him such an appealing character do you think?
That’s a tricky question because I don’t want to lean in on stereotyping women readers. Let’s be clear that I am writing a character who I adore. And because I find Jack so easy to like on so many levels, I’m having to presume that lots of readers enjoy him for the same reasons. It’s not because he’s handsome… but how splendid that he is! I think when I first crafted Jack, we’d gone through a spate of detectives with emotional problems. Or they were old and craggy… or ugh, they were cosy. So I think Jack was my knee-jerk response to demanding someone good-looking to enjoy walking alongside. He isn’t a reformed alcoholic or failed in marriage with children he doesn’t connect with. He’s come through some sort of slipstream where little sticks. He is the first to admit that a woman should not fall for him as he’s likely to let her down due to his job. I like very much that he’s a man’s man and that makes him attractive to male readers. Jack is as comfy in the pub with a beer and a gang of blokes as he is making a risotto for a single female dinner guest but he’s no Lothario. He’s sincere in his relationships and his undertakings. So I think he appeals to men and women alike. And if I focus on my predominantly female audience, then I think women rather like his old-fashioned values with his modern attitude towards women. His achilles heel is women and yet he’s alone. That vulnerability makes him attractive. He’s good company, he’s kind, he’s heroic, he’s got frailties, he has humour. All of this adds up to someone I personally enjoy writing and I think my audience enjoys walking alongside.

Did you plot and plan the storyline before you started writing or do you prefer to let it unfold as you write?
I never plot or plan any storyline. And while I know some people raise an eyebrow at my approach – particularly with crime stories – all three that I’ve written have come together organically. I’ve never known the beginning or end of my stories and I didn’t with this one. I trust myself and more than anything I trust my characters, especially Jack, to work his way through a challenging series of murders that in Mirror Man have so few clues. I had no idea how he was going to do it but somehow he took charge and I trusted him. I do hand over to my characters anyway and that would probably explain why my stories can be twisty-turny in nature.

Any books, TV shows, films or podcasts that inspired you while writing Mirror Man?
I watch oodles of streaming drama, mostly crime, and I am inspired by almost everything I watch. I love British crime but I’ve developed quite a taste for Scandi Noir and am now convinced I speak Swedish, Danish and some Finnish when required. Series like The Bridge and its British version, The Tunnel are inspiring, along with Line of Duty, Unforgotten, Shetland, The Bureau (French)… I could go on. I really do devour so much crime TV but I demand it be of the highest quality because I’ll switch it off if it doesn’t grab me or the characters don’t engage. There is no doubt that I learn drama and tension from fabulous dramatic shows like The Handmaid’s Tale, Breaking Bad, The Split, etc.

On the streets of England, a hunter is on the loose.