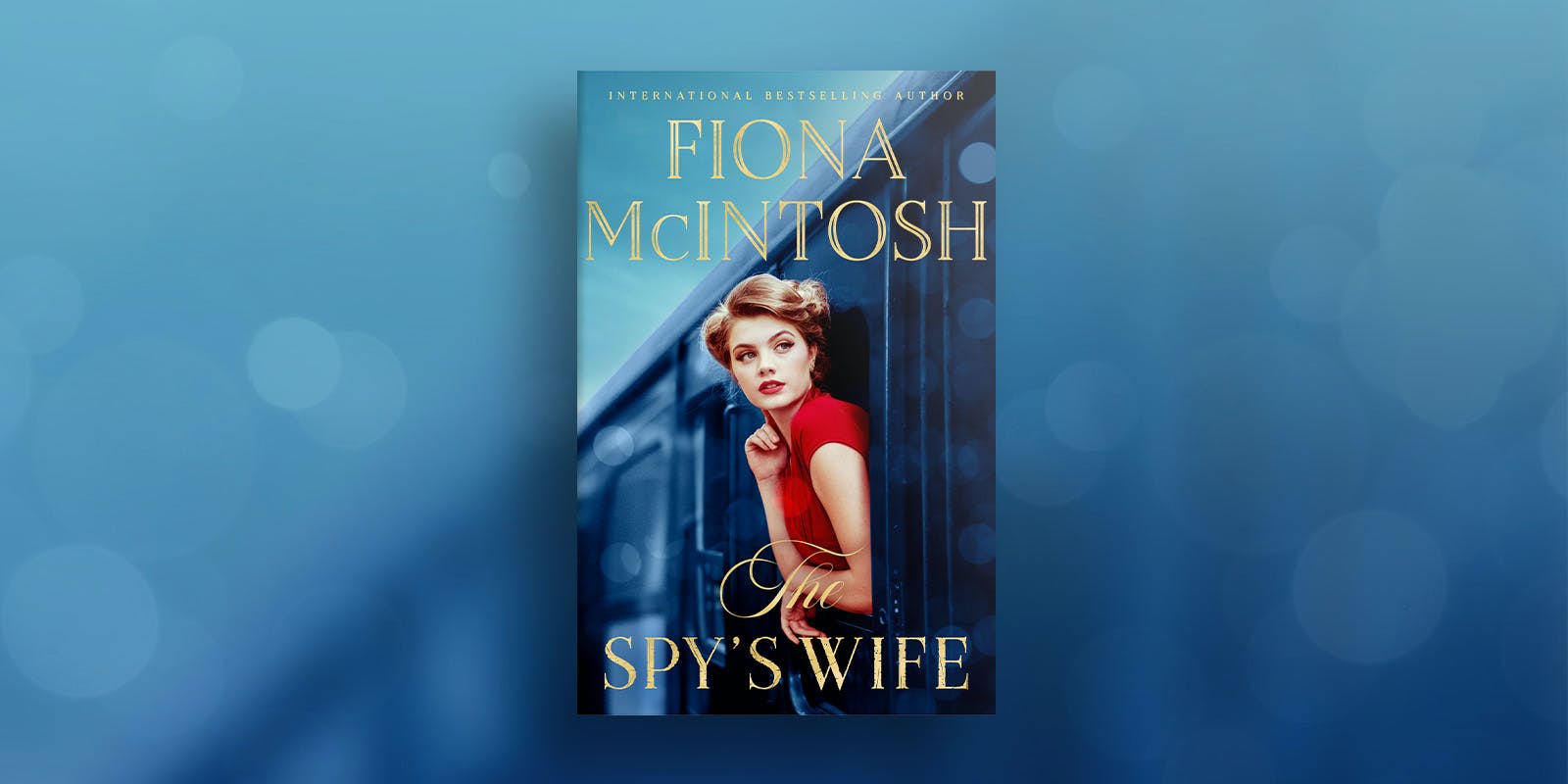 Where did you get the inspiration for the story and characters?
I was keen to write a ‘fish out of water’ type tale, where a woman finds herself in a role she should never have been asked to do. Wartime made invisible heroes of lots of women, who went about duties they were traditionally not considered suitable for – from making weapons to becoming spies. It was when I visited North Yorkshire and the sleepy railway station of Levisham that a story began to form about a woman who was, through circumstances, doing plenty of work normally reserved for men in order to help her father run the railway station. And then I visited one of the Yorkshire air bases from WWII and the kernel of an idea began to sprout along the lines of a German spy in Britain. One idea led to another, and suddenly I was writing the novel!

We’ve heard you usually travel to the settings featured in your books for research. Did you have the opportunity to research the locations in person for The Spy’s Wife?
Yes. I was extremely fortunate that in 2019, while working on The Diamond Hunter, I’d been in the north of England roaming for locations and I’d visited Levisham. At the start of 2020, knowing what I wanted to write about, I travelled back to England – Yorkshire and London – and then on to Germany to find my cities, settling on Berlin and then mainly Munich for all the action scenes. Bavaria’s countryside appealed and Munich being Hitler’s favourite playground really lent itself to the story. Covid was just filtering through as problematic – we’d got the news while in Germany that Milan was closing down, and that essentially sent the world into its tailspin… I hurried home and returned to Adelaide almost within hours of Australia closing its borders in March 2020. I was so very lucky to have gathered the material I had and to get home.

What was the most interesting thing you discovered about this period of history?
I suppose I’d learned it previously, but it was only when I was in Germany in 2020, studying the early 1930s from the German perspective, that I began to fully understand how impoverished this once great nation had become. I was staggered to learn that rather than buying firewood, they were burning Reichsmark to keep warm because the money was worthless. I developed a much greater comprehension of the atmosphere of Germany and the mindset of the German people, beggared and humiliated after WWI, and how it became possible for a man as Machiavellian as Hitler to emerge and say what the Germans wanted to hear. I know I’ve always been baffled as to how Hitler could coerce a nation into proceeding as it did, but you have to see it from a different vantage, understand all the nuance, all the grasping and opportunistic people behind him as well, to get a better picture of how a liberally minded nation became hoodwinked at first and then determined to win at all costs.

Was there a scene or character that was particularly fun or challenging to write?
Yes, definitely. It’s one of the major scenes where Evie takes on a group of chauvinistic men and outwits them using her cunning and intelligence. It happens in London and I had no idea how I was going to make it work when I began writing it, but it was fun to watch her, knowing she was relying entirely on instinct and no training to achieve what she needed. She wrote that scene – not me!

You’re an avid baker. What recipe would you suggest to pair perfectly with The Spy’s Wife?
Oh, there’s only one possible recipe – cherry cake! Highly popular and familiar on every English station’s kiosk menu in the previous century. I love its old-fashioned look, using a traditional recipe of a rich, buttery sponge with a hum of almond flavouring and glacé cherries. Except I’d prefer a slightly modernised version that introduces ground almonds, vanilla, natural glacé cherries and toasted almonds on top.

What’s next for you?
Already finished! This is the 2022 historical novel called The Orphans, which is my first ever all-Aussie book. It has been quite a challenge to research and write during Covid lockdowns, and so it is set entirely in South Australia, my home state. And now it’s time to knuckle down and write the fourth in the DCI Jack Hawksworth series. That’s my new project for the new year.

The highly anticipated new historical adventure from the bestselling author of The Champagne War.