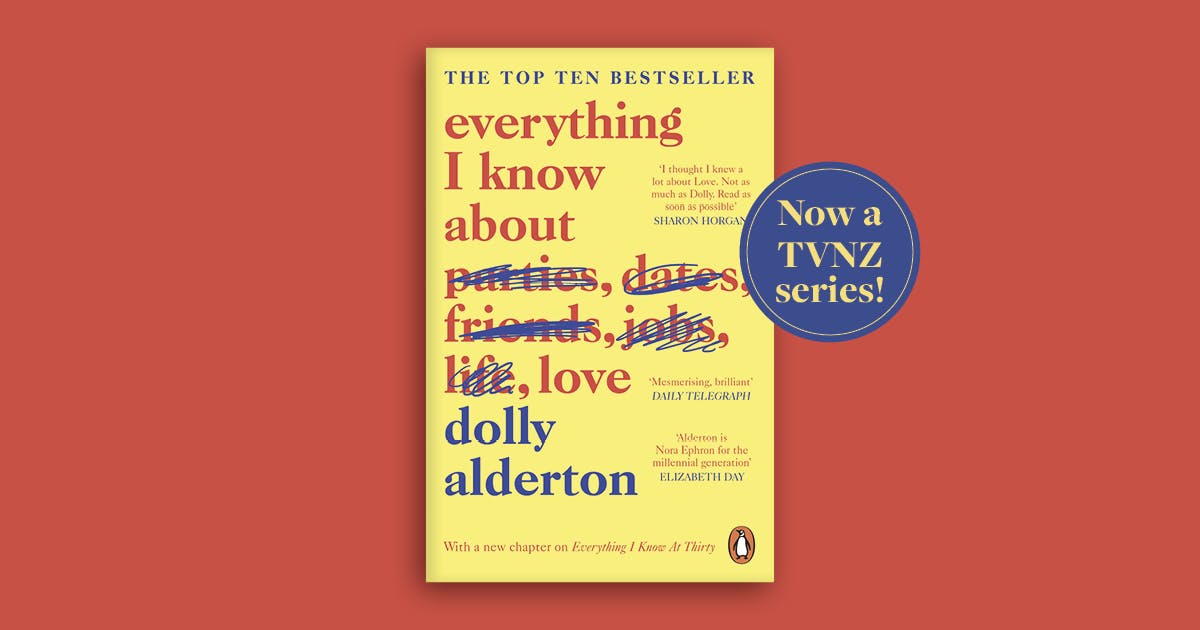 Now that the TV adaptation of Dolly Alderton's iconic memoir is screening on TVNZ, may we suggest you pair your viewing with her totally indulgent mac and cheese recipe from Everything I Know About Love.

In a large pan of boiling water, cook the pasta for eight minutes, so it is slightly undercooked - it will continue to cook when you bake it. Drain and set aside, stirring olive oil through so it doesn't stick together.

In a separate pan, melt the butter. Mix in the flour and keep cooking for a few minutes, stirring all the time until the mixture forms a roux paste. Whisk in the milk little by little, and cook over a low heat for ten to fifteen minutes. Keep stirring all the time and cook until you have a smooth and glossy sauce that gradually thickens.

Off the heat, add around three-quarters of the Cheddar, Red Leicester and Parmesan into the sauce, along with the mustard, some salt and pepper, the chopped onions and a dash of Worcestershire sauce, and keep stirring until all is melted.

Preheat the grill as high as it will go. Pour the pasta into the sauce and mix everything together in a baking dish, stir in the mozzarella, then sprinkle over the remaining Cheddar, Red Leicester and Parmesan. Grill (or place into a hot oven at 200°C for fifteen minutes), until the mixture is golden and bubbling with a crisp top.

Everything I Know About Love Dolly Alderton

For a nutritious meal you can whip up in a flash without compromising on delicious flavour, you can't go past this.

While it isn't risotto in the traditional sense, Ixta Belfrage has reimagined the dish with delectable results.

This is perfect for lunch or dinner, and is even a winner in packed lunch boxes, served hot or cold.

Mushroom lovers rejoice! This flavour-packed vegetarian main dish from the co-author of bestselling Ottolenghi FLAVOUR, Ixta Belfrage, is sure to impress.

A delicious treat that everyone will enjoy.

A delicious and easy lunch recipe that kids will love.

Try your hand at this traditional Nepalese dish from Santosh Shah.

I developed a habit of eating the entire shrimp when I was a kid.