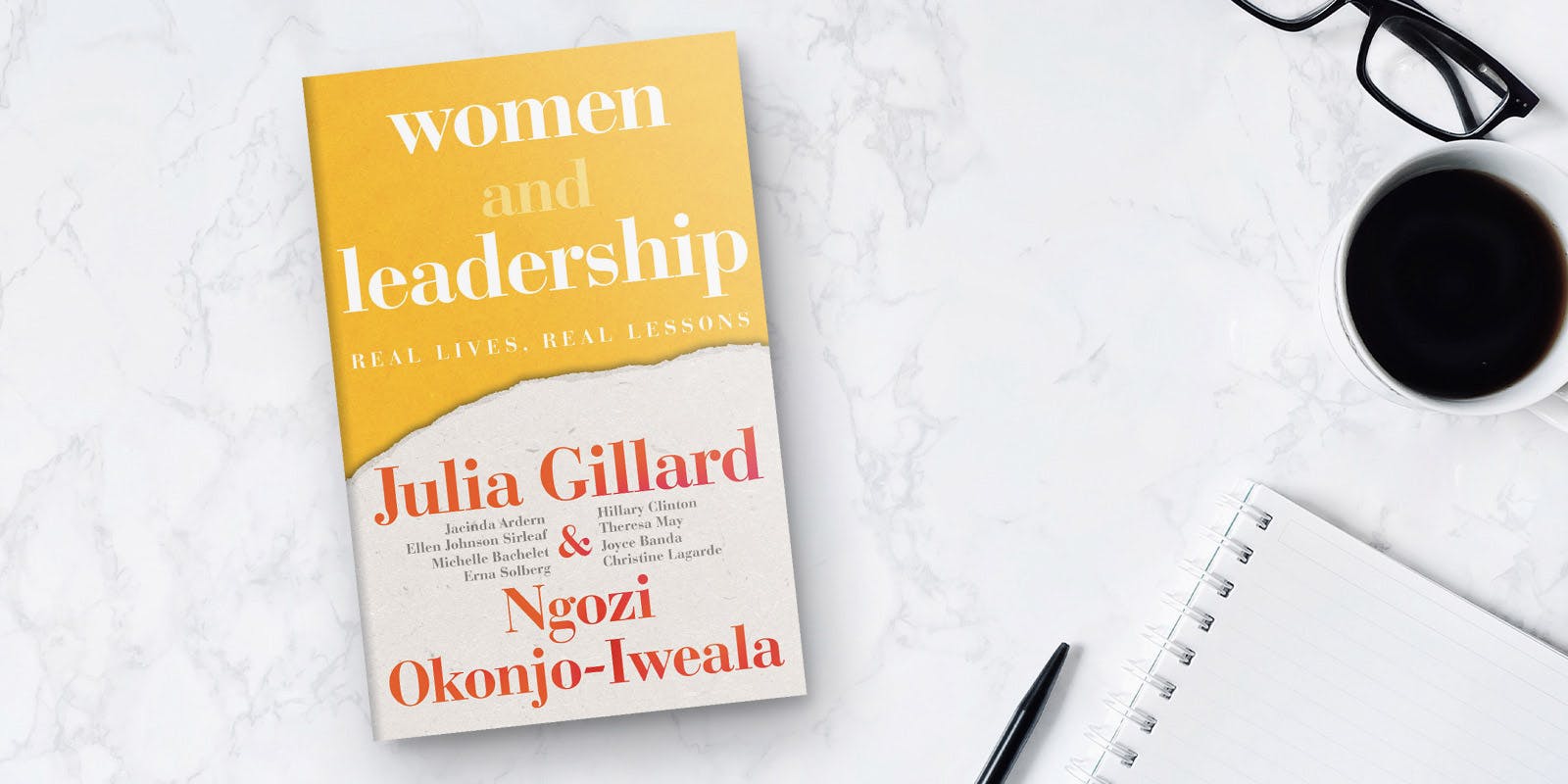 But first, a brief introduction…

Julia Gillard was sworn in as the 27th Prime Minister of Australia on 24 June 2010 – the first woman ever to do so. In 2012, she received worldwide attention for her speech in Parliament on the treatment of women in professional and public life. She currently serves as the inaugural Chair of the Global Institute for Women’s Leadership at Kings College in London – addressing women’s under-representation in leadership. She is the Chair of Beyond Blue, as well as the Global Partnership for Education, and she is Patron of the Campaign for Female Education.

Dr Ngozi Okonjo-Iweala is a former Nigerian Finance Minister, an economist and international development expert. She is Chair of the Board of Gavi, the Vaccine Alliance and of the African Risk Capacity (ARC), and Co-Chair of The Global Commission on the Economy and Climate. She was recently appointed as AU Special Envoy to mobilise international support for the fight against COVID-19, and WHO Special Envoy for Access to COVID-19 Tools Accelerator.

To say the least, Ngozi and Julia are busy women. So, on the eve of publication of Women and Leadership, we asked for a mere moment of their time. Here they answer some of our burning rapid-fire questions.

One difference having more women in leadership will make?
Julia: My simple answer is that having more women at the top will give us a better quality of leadership.  By saying that, I do not mean that women are always better leaders than men. Instead, that statement is a reflection of my deep belief that merit is equally distributed between men and women. In today’s world, in which we see so few women leaders, it logically follows that women of merit are being artificially held back by gender barriers. I am all for clearing those obstacles out of the way and letting the best leaders come through on merit, rather than because they are men.

One role-model who inspired you to become a leader?
Julia: I was lucky enough to get to know Joan Kirner personally when I was a young woman. Joan broke through a glass ceiling when she became the first woman to lead the state of Victoria, where I then lived. From up close, I was able to observe how gendered the treatment of her was, how she thought about leadership and the grace she showed under fire. Joan inspired me as an individual and I learned so much from her.

One piece of advice that was useful on your own road to leadership?
Julia: Actually, the best piece of advice I ever received on leadership was given to me just after I became prime minister. A friend of mine who had served as a senior minister in Tony Blair’s government advised me to take the time to write out the purpose of the government I led. I did just that and found the precision required in writing out my values and aims as a leader really clarified my thinking. I also found re-reading that document steadying on difficult days. Now I pass that advice on to others and urge them to write out their own sense of purpose.

One piece of advice you’d give to young people who aspire to lead?
Julia: Apart from being clear on purpose, I would advise young people to think about their sense of self.  Leaders are the subject of criticism, which can be constructive, but in today’s world of social media is too often cruel and capricious. It is worth thinking in advance how you will react when that criticism comes. I urge young people not to let their sense of who they are be defined by others. To nurture inner self-knowledge so taunts and insults do not rock you to your core.

Ngozi: Focus on a job to which you feel a deep commitment or that you find fun.

One statistic or anecdote that shocked you while researching this book?
Julia: I was shocked to learn that university researchers have proven that people react to women who are power seeking with emotions like contempt, disgust and revulsion. The gender stereotypes in our minds about women being empathetic and nurturing are so strong that if a woman offends against them the visceral reaction is mind-bogglingly strong. In contrast, men can be openly ambitious about getting power without inducing a negative reaction.

Ngozi: The hidden biases and assumptions against women that show up continually in research even when women are doing comparable jobs with men.

One small act each of us can undertake to help reduce and/or repair gender inequality?
Julia: I would suggest making sure that in both formal meetings and informal conversations, the women in the group are encouraged to speak and are respectfully heard. Research shows if a group of five people meet and there are three women or fewer, then they do not speak for a fair share of the time and they are interrupted more. That’s a pattern we can all be aware of and change.

Ngozi: Take a risk, go for an assignment. Go for a job even when it is a male dominated field.

One reason to be hopeful that gender equality is coming?
Julia: The very fact that people increasingly want to talk about gender equality and read books about it gives me great hope. Feminism is always talked about as a movement that comes in waves and I genuinely think another wave is building. The frustration that we are travelling in the right direction but doing it so slowly is turning into new energy for change.

Ngozi: It is the attitude of men and women in millennial and Gen Z generations where more equality of women is recognised by young men.

One way women can support women in the fight for gender equality?
Julia: In the book, we talk about the politics of scarcity, by which we mean the way women end up competing for a limited number of seats at the top table. Instead of accepting that’s the way the things are, as women we need to remember that our true aim is to change the rules of the game and take an equal number of positions. Focussing on that bigger picture helps up come together to advocate for change and to support each other, through being mentors, sponsors and allies, rather than trying to outdo each other.

Ngozi: Do not compete with other women for small spaces at the top. Strive to broaden the number of spots and spaces for women.

One effective method for calling out misogyny?
Julia: Having called misogyny out myself, I am a big advocate of a very direct approach. However, that will not be right for every woman, every time. Increasingly, I think about the responsibility of men to call out misogyny. It is actually easier for them to do so than the woman being subject to such hateful treatment. In addition, the evidence shows men get rewarded in their careers for being visible advocates of gender equality.

Ngozi: Be open about it to the media.

One message you hope readers take away from Women and Leadership?
Julia: Our biggest message is GO FOR IT! A shout out to women and girls to aim for leadership and not to be deterred by the fact that there are still issues around gender. Our advice is be aware, not beware.

Ngozi: Women leaders do not have all the answers but they have the courage to stand up in adversity and keep leading.

An inspirational and practical book written by two high-achieving women, sharing the experience and advice of some of our most extraordinary women leaders, in their own words.

In Women and Leadership, New Zealand Prime Minister Jacinda Ardern reflects on the importance of role-modelling in shattering gender stereotypes.

Atlas of the Heart should be your next book club pick. A guide to mapping meaningful connection, this book is compelling, enlightening and ripe with discussion points.

Spaghetti with anchovies and olives

A simple pasta dish that you can whip up in minutes from Claudia Roden's Med.

Enjoy this aromatic Arabian rice as a side dish for a delicious dinner.