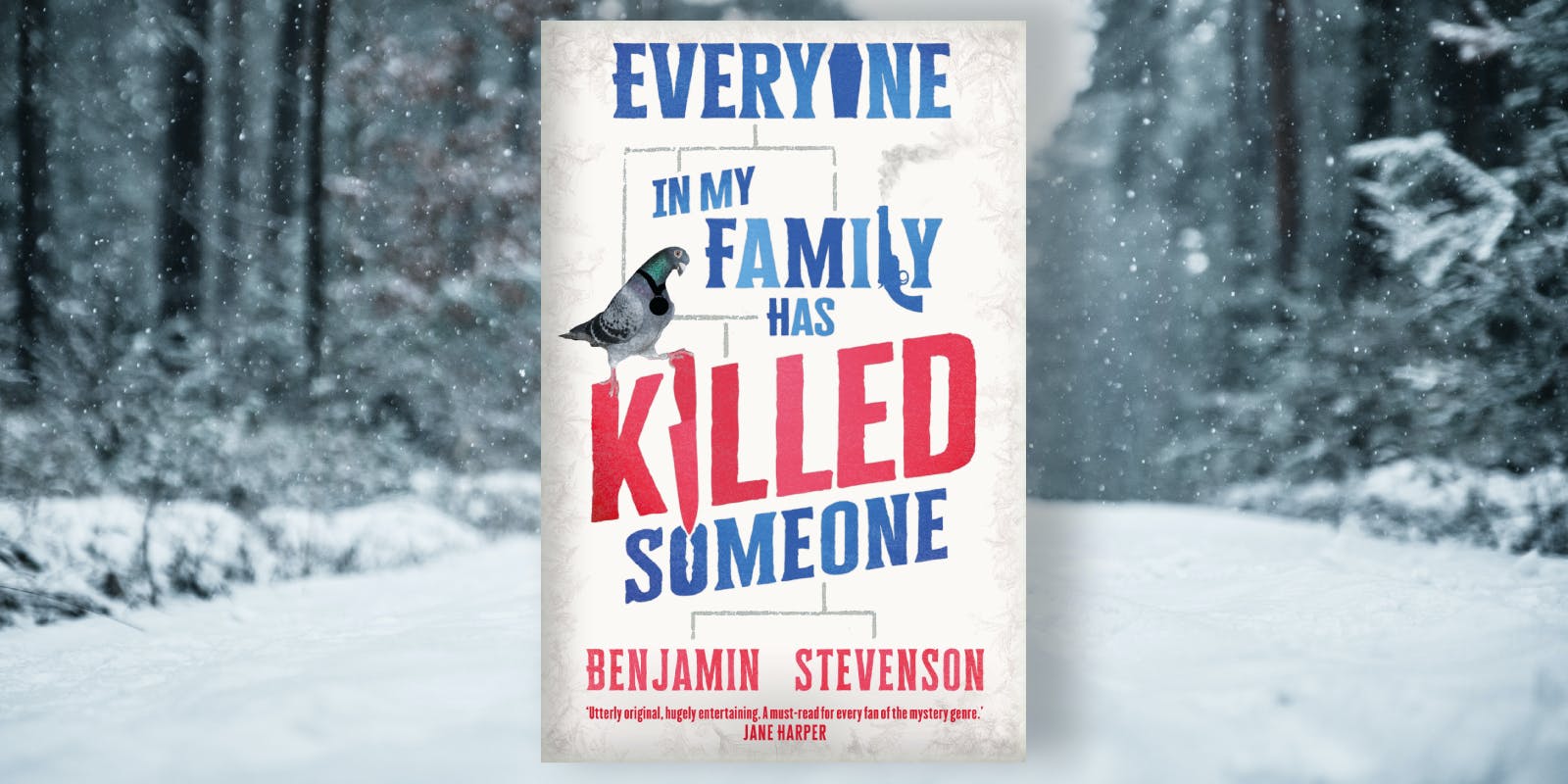 Ernest Cunningham was dreading the family reunion even before the first murder.

Before the storm stranded them at the mountain resort, snow and bodies piling up.

The thing is, the Cunninghams don't really get along. They've only got one thing in common: they've all killed someone.

Get immersed in Everyone in my Family has Killed Someone, a fiendishly clever blend of classic and modern murder mystery, and solve this cryptic whodunnit.

Before you dive in, get to know the family at the centre of scandal, and don't forget, they've all killed someone.

Everyone In My Family Has Killed Someone Benjamin Stevenson

Agatha Christie and Arthur Conan Doyle meet Knives Out and The Thursday Murder Club in this fiendishly clever blend of classic and modern murder mystery.