Antique jewellery curator Severine Kassel uncovers some exquisite Byzantine pearls that reignite a deeply repressed family trauma from her youth. So begins a frenzied search for a Nazi war criminal, as the man who once hunted Severine now becomes her prey.

From the snowy woodlands outside Prague to the Tuileries of Paris and the heather-covered moors of Yorkshire comes a confronting and heart-stopping novel that explores whether love and hope can ever overpower atrocity in a time of war and hate. 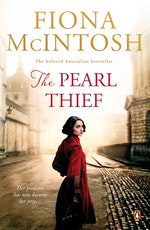 The thrilling new blockbuster by the bestselling author of The Tea Gardens.