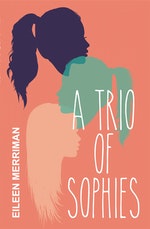 A missing girl, a secret diary and unsettling revelations . . .

The Trio of Sophies is no more.

Eileen Merriman’s three young adult novels, Pieces of You, Catch Me When You Fall, and Invisibly Breathing, were finalists in the NZ Book Awards for Children and Young Adults in 2018 and 2019, and both Pieces of You and Catch Me When You Fall are Storylines Notable Books. Her first adult novel, Moonlight Sonata, was released in July 2019, with reviewers calling it ‘skilfully crafted’, and a ‘carefully layered and thoughtful drama, with beautifully observed and believable Kiwi characters’.

Praise for A Trio of Sophies

“As I mentioned earlier, a theme is Teacher/Student relationships and this story was anything but romanticised. I absolutely endorse this in a Young Adult Section, or High School Library. It could just save a life - and no I'm not being dramatic. It was a book that fifteen-year-old me needed to read, and that twenty-seven-year-old me is glad to have. . . . Absolutely worth the five stars. And the late bedtime.”

“A Trio of Sophies doesn't so much as start as launch the reader into the centre of a storm that will hold you until the very last secret is solved. . . . Merriman is no stranger to the YA literary scene; consultant haematologist at North Shore Hospital by day and ardent novelist by night, A Trio of Sophies is Merriman's fifth book and her fourth YA novel. This is possibly why, despite being footed firmly in adulthood herself, Merriman can still capture the high school experience with commendable accuracy, from the fizzy excitement of a crushes text to frustrating pointlessness of a science quiz. . . . Fast-paced and unpredictable, A Trio of Sophies will keep readers on their toes and caught up until the last page. And if it's your first Merriman book, it certainly won't be your last.”

“Wow. This past year has sure been the year for YA thrillers, hasn't it? I DEVOURED this in about 2 hours and didn't stop to put it down once. The pages almost kept turning themselves. . . . If you loved One of Us is Lying, or perhaps A Good Girl's Guide to Murder, then I'm sure you will love A Trio of Sophie's! 5 stars out of 5”

“This is a page turner make no bones about that. . . . Teenage girls will love it, plenty of first love experiences, feelings and doubts and a male character who is as devious as a ferret. Much to enjoy in this novel. Best New Zealand YA novel of the year so far. Don’t miss it you will kick yourself if you do. The ending will make you think. Classy cover.”

“Holy. Freaking. Hell. (I got an early copy of this book in return for a review) This book was intriguing from the start, and I started flying through it. It only took me two sessions to finish because I just could not put it down. I absolutely loved the way this book was written out, going backwards through the story was a very unique and interesting way to do it. I was so drawn in to the plot and the characters, and the ending absolutely shook me. I was sort of expecting a light-ish YA novel and it ended up being a very in depth and mildly dark YA book instead. I absolutely loved it, Eileen really knocked it out of the park with this one, it was incredibly addictive and fast paced - a real page turner. 5 stars out of 5.”

“Initial thoughts: wow. I don't think I truly grasped the depth of deception in this novel until the end. A Trio of Sophies is a highly addictive, fast paced read. 4 stars out of 5”

“Wow this was such an interesting book to read! . . . I read this book really quickly and enjoyed the plot a lot. It was refreshing to read a book based in New Zealand (woohoo!!) and it made it really easy to read. Plot twists and a LOT of revelations kept me on my toes and made me want to keep going. This would be such a great summer read - perfect for the beach! 4 stars out of 5”

“I think Eileen Merriman is one of the cream of the crop of writers for young people right now. She writes stories that are immediately engaging, that are the perfect pitch for the audience of young adult readers. Her books have depth and breadth and tackle issues which are current and curly. I think this book is one of her best. . . . This is great writing for teenagers, gritty and real, using language which feels right. A brilliant book for all schools to have in their library collection.” 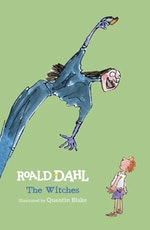