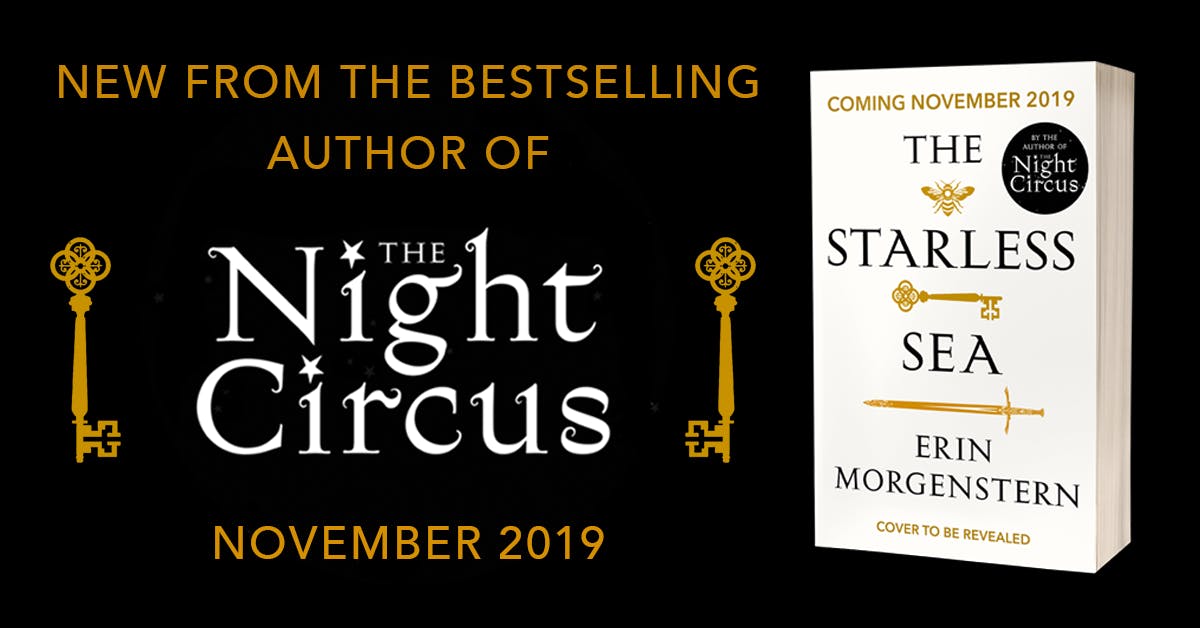 The author of the international bestselling novel, The Night Circus returns in 2019 with a magical, timeless and wholly original love story set in a secret underground world.

We are excited to announce the acquisition of the long-awaited novel from Erin Morgenstern, The Starless Sea. Morgenstern’s previous novel, The Night Circus (published in 2011) sold over 3 million copies worldwide and was translated into an impressive 37 languages.

The Night Circus stormed into the bestseller list on publication and was nominated for numerous awards. It also spent several months on the New York Times bestseller list. A feature film of The Night Circus is currently in development with Lionsgate, along with a stage play. The Starless Sea contains all the hallmarks of Morgenstern’s critically acclaimed first novel  – magic, mystery and inimitable imagination – and brings them to life in a richly layered and entirely new story.

Speaking of the release, Liz Foley, Publishing Director of Harvill Secker, commented: 'From the first page of this exhilarating and glorious book I was transported to the unique world which only Erin could have created. I could not let go of Zachary’s story until the very last, intensely moving, page and so many scenes and characters are vividly imprinted in my memory. Erin’s imaginative powers are unparalleled and this is a truly immersive, epic book about storytelling itself. After the wonder of The Night Circus, it’s incredible to have a novel that even exceeds that one in its flair, richness and ingenuity. Nothing else like it will be published next year.'

Erin Morgenstern studied theater and studio art at Smith College in Northampton, Massachusetts, graduating in 2000. In addition to writing, she paints, collects jewellery made from skeleton-keys and loves cats. 'When I started working on my new novel,' says Erin, 'I thought I was writing a book about books but as it turns out I was writing a book about stories.  Stories and choices and change and also time and fate and video games.'

More information about Erin can be found on her website erinmorgenstern.com.