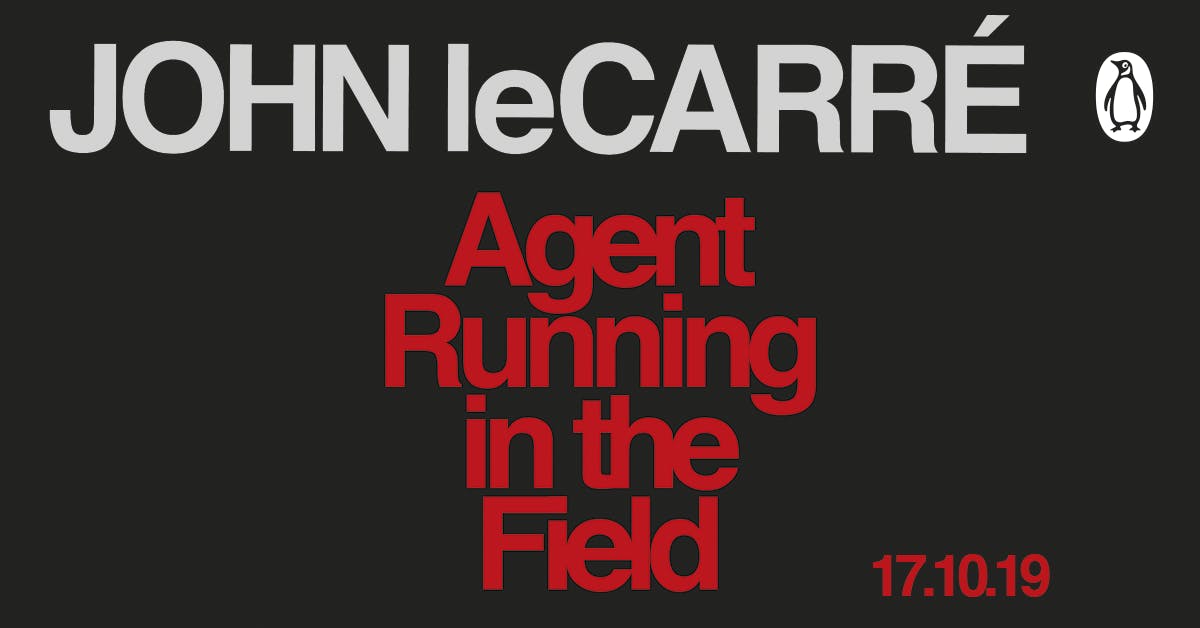 Agent Running in the Field will be published in October 2019.

Following his extraordinary, bestselling novel of 2017, A Legacy of Spies, John le Carré has now turned his attention to the present in an exhilarating novel that confronts the division and rage at the heart of our modern world.

Set in London in 2018, Agent Running in the Field follows a twenty-six-year-old solitary figure who, in a desperate attempt to resist the new political turbulence swirling around him, makes connections that will take him down a very dangerous path. Mary Mount, John le Carré’s publisher at Viking, said, ‘In his plot and characterisation le Carré is as thrilling as ever and in the way he writes about our times he proves himself, once again, to be the greatest chronicler of our age. At a moment like this we need writers like him.’

Agent Running in the Field is John le Carré’s twenty-fifth novel. His first novel, Call for the Dead, was published in 1961. In September of this year his entire works became available in Penguin Modern Classics for the first time. In 2016 the BBC adaptation of The Night Manager was a global hit, winning two Emmy awards and three Golden Globes. In October this year his 1983 novel, The Little Drummer Girl, was a major six-part BBC television series.