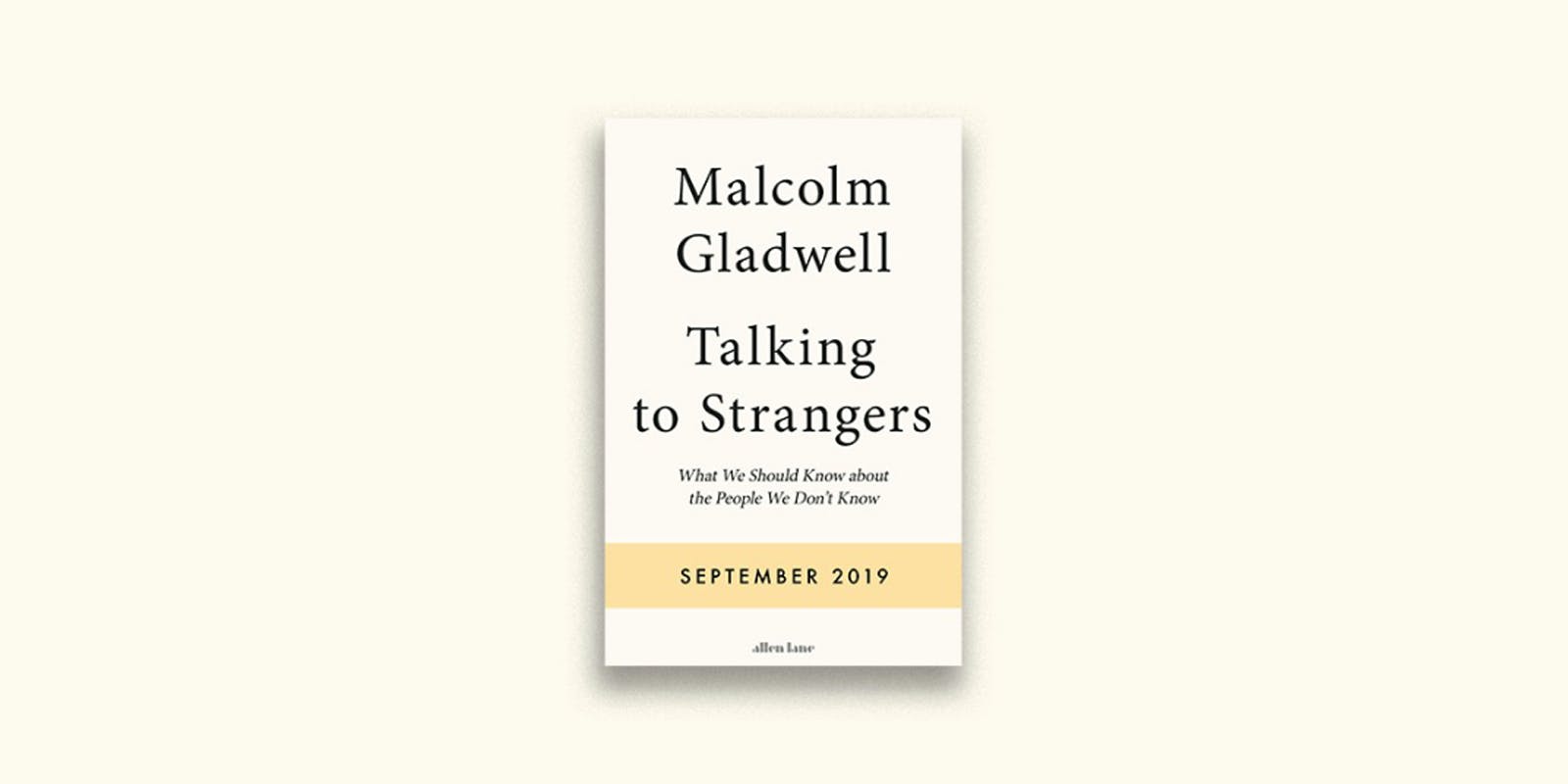 In July 2015, a young black woman named Sandra Bland was pulled over for a minor traffic violation in rural Texas. Minutes later she was arrested and jailed. Three days later, she committed suicide in her cell. What went wrong? Talking to Strangers is all about what happens when we encounter people we don’t know, why it often goes awry and what it says about us.

How do we make sense of the unfamiliar? Why are we so bad at judging someone, reading a face, or detecting a lie? Why do we so often get other people wrong?

Through a series of puzzles, encounters and misunderstandings, from little-known stories to infamous legal cases, Gladwell takes us on a journey through the unexpected. You will read about the spy who spent years undetected at the highest levels of the Pentagon, the man who saw through the fraudster Bernie Madoff, the suicide of Sylvia Plath and the false conviction of Amanda Knox. You will discover that strangers are never simple.

Gladwell’s previous five books (The Tipping Point, Blink, Outliers, What the Dog Saw, and David and Goliath) have all been international bestsellers. In his ground-breaking Blink, he explored the role of first impressions in our lives. Now he goes deeper, zeroing in on how we make sense of the unfamiliar.

No one shows us who we are like Malcolm Gladwell. Here he sets out to understand why we act the way we do, and how we all might know a little more about those we don’t.

Talking to Strangers will be published September 2019.