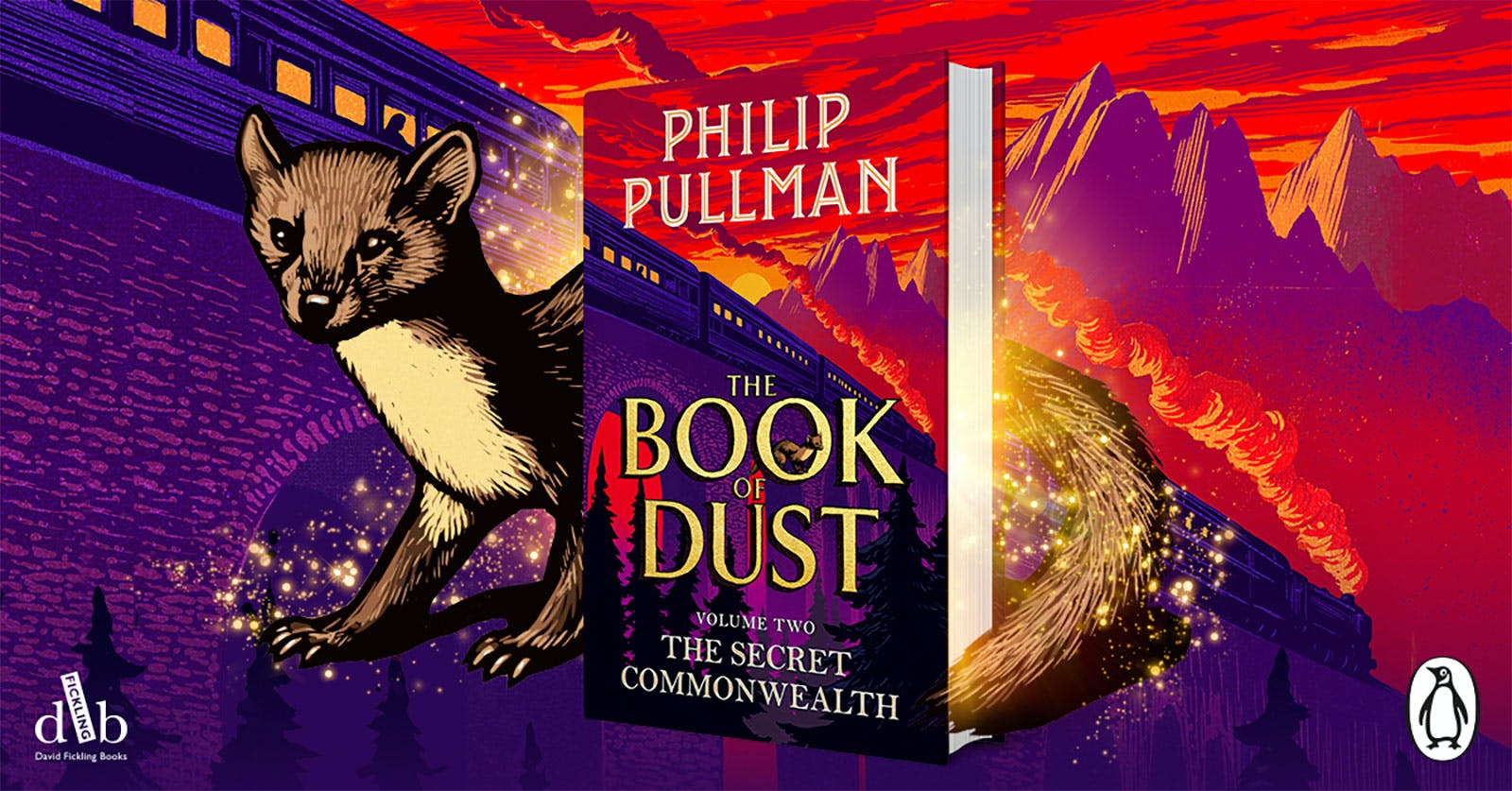 The second volume of The Book of Dust after La Belle Sauvage, The Secret Commonwealth centres around Lyra Silvertongue, the heroine of Pullman’s internationally bestselling His Dark Materials trilogy, as she negotiates a complex and dangerous new world as an adult.

The new cover, which depicts a train travelling cross-country at speed, reflects the epic journey Lyra, now a 20-year-old Oxford student, takes across Europe and into Asia in the new book. The cover artwork and chapter head illustrations are done by Chris Wormell, the official illustrator of Pullman’s His Dark Materials and The Book of Dust sequence, creating a seamless visual link across all five books and Lyra’s lifetime from babyhood to adulthood. 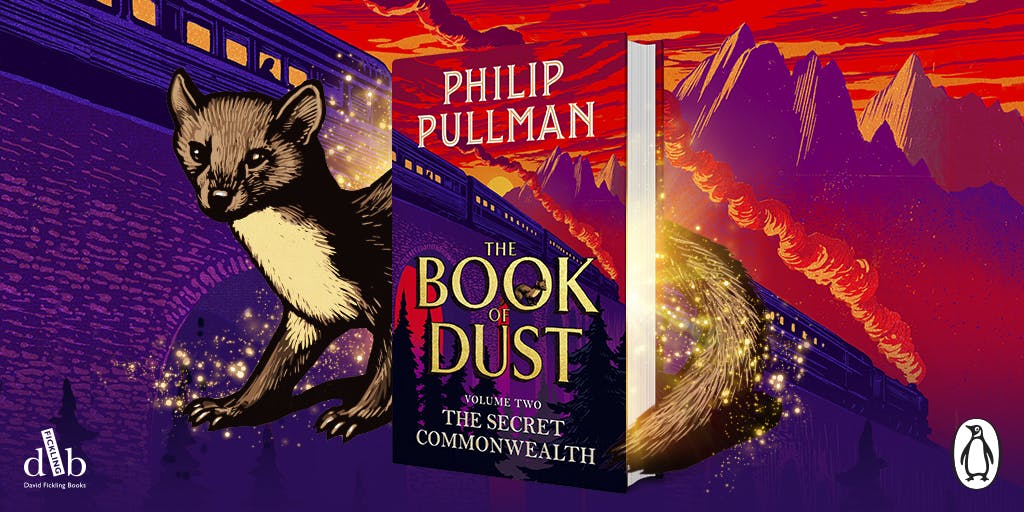 An extract, released in tomorrow’s Guardian Review, will also reveal content from within the new book, with a tense scene featuring Lyra as she flees Oxford by boat for the third time in her life, this time in the company of the old gyptian Giorgio Brabandt. As well as setting the scene for the dangerous journey to come, as Lyra seeks out an elusive town said to be haunted by dæmons, the extract hints at the meaning of the ‘Secret Commonwealth’ of the book’s title. Commenting on the plot earlier this year, Pullman said: “Things have been biding their time, waiting for the right moment to reveal their consequences for Lyra Silvertongue. The Secret Commonwealth tells the continuing story of the impact on Lyra’s life of the search for, and the fear of, Dust.”

The Secret Commonwealth: The Book of Dust Volume Two is set 20 years after the events of La Belle Sauvage: The Book of Dust Volume One unfolded, and seven years after readers left Lyra and Will Parry on a park bench in Oxford’s Botanic Gardens in The Amber Spyglass, the final book in the His Dark Materials sequence. Global in scale, the book takes readers on an exhilarating journey into places that are at once familiar and extraordinary. It is a timely exploration of what it is to be human, to grow up and make sense of the world around us, from one of the UK’s greatest writers.

The Secret Commonwealth follows the chart-topping success of the first volume of The Book of Dust – La Belle Sauvage – in October 2017. It can be read as a standalone, paired with La Belle Sauvage: The Book of Dust Volume One, or set alongside Lyra’s adventures in the internationally bestselling His Dark Materials (Northern Lights, The Subtle Knife and The Amber Spyglass).

The Secret Commonwealth: The Book of Dust Volume Two will be published in hardback, trade paperback, ebook and audiobook on Thursday 3rd October 2019 by David Fickling Books in association with Penguin Random House featuring original new illustrations from Chris Wormell.