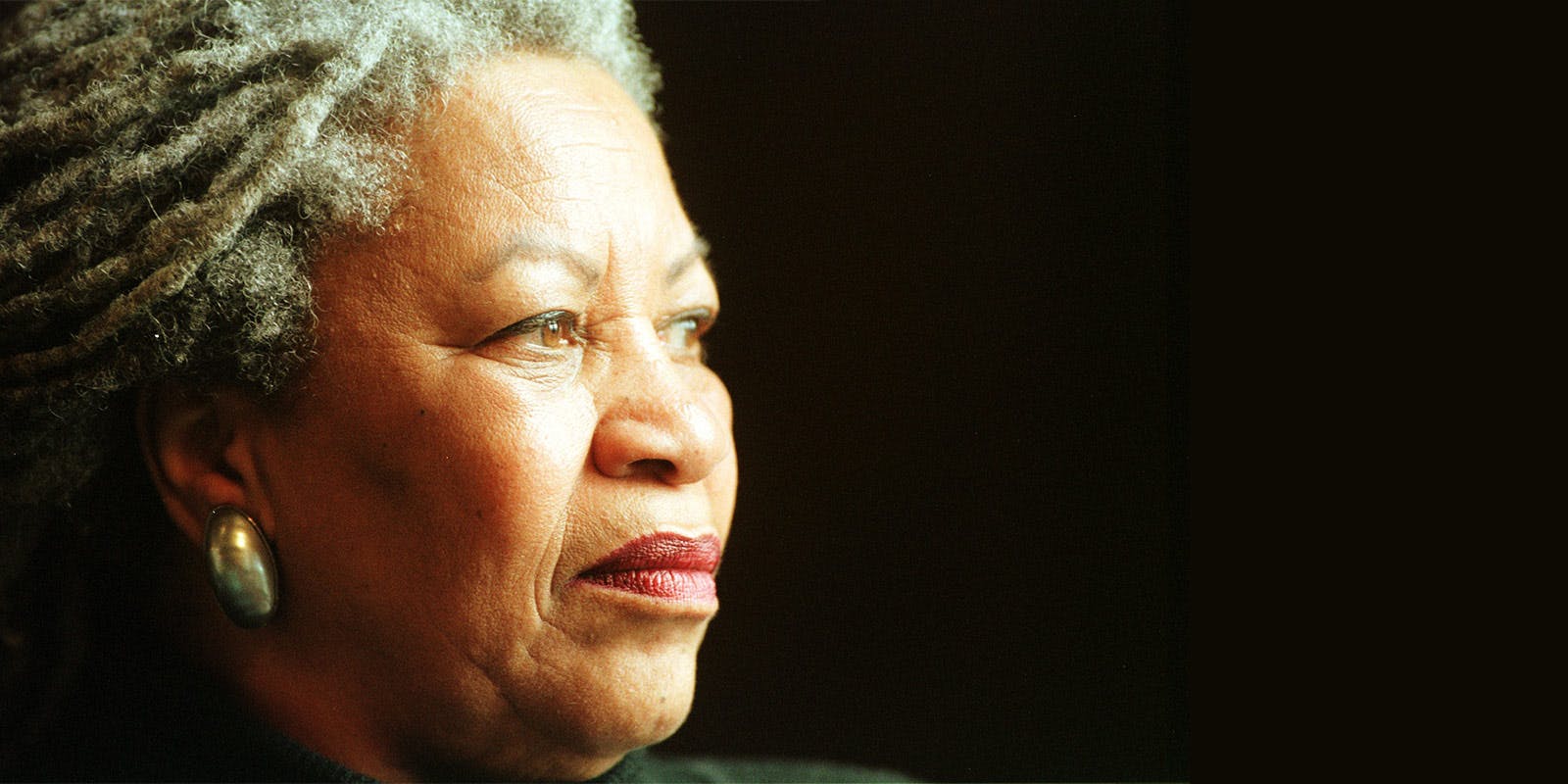 We are profoundly sad to report that Toni Morrison has died at the age of eighty-eight. She died on 5 August 2019 at Montefiore Medical Center in New York.

Morrison’s novels were celebrated and embraced by booksellers, critics, educators, readers, and librarians. Her work also ignited controversy, notably in school districts that tried to ban her books. Few American writers won more awards for their books and writing. Morrison was awarded the Pulitzer Prize in 1988 for Beloved. In 1993, she was awarded the Nobel Prize in Literature, with the Swedish Academy recognising her as an author ‘who in novels characterised by visionary force and poetic import, gives life to an essential aspect of American reality.’ In 1996, she was honoured with the National Book Foundation’s Medal of Distinguished Contribution to American Letters, and in 2012, President Barack Obama presented her with the Presidential Medal of Freedom.

Morrison also worked as an editor at Random House – the first female African-American editor in company history – from 1967 to 1983. There, she published Gayl Jones, Toni Cade Bambara, Henry Dumas, Huey P. Newton, Muhammad Ali, and Angela Davis, among others. Her work as an editor and publisher at Random House demonstrated a unique commitment to writers of colour, and helped in opening industry doors to them.

The Morrison family issued this statement: ‘It is with profound sadness we share that, following a short illness, our adored mother and grandmother, Toni Morrison, passed away peacefully last night surrounded by family and friends. She was an extremely devoted mother, grandmother, and aunt who reveled in being with her family and friends. The consummate writer who treasured the written word, whether her own, her students or others, she read voraciously and was most at home when writing. Although her passing represents a tremendous loss, we are grateful she had a long, well lived life.’

Robert Gottlieb, Morrison’s longtime editor at Knopf, said: ‘She was a great woman and a great writer, and I don’t know which I will miss more.’

Sonny Mehta, Chairman of Knopf, said: ‘Toni Morrison’s working life was spent in the service of literature: writing books, reading books, editing books, teaching books. I can think of few writers in American letters who wrote with more humanity or with more love for language than Toni. Her narratives and mesmerising prose have made an indelible mark on our culture. Her novels command and demand our attention. They are canonical works, and more importantly, they are books that remain beloved by readers.’

Clara Farmer, Publishing Director of Chatto & Windus, said: ‘A monumental voice in our culture has fallen silent and this is a sombre and sad day. Toni Morrison changed the way a book could be written and opened doors to others with her provocation that “if there’s a book you want to read, but it hasn’t been written yet, then you must write it”. She was one of the world’s greatest writers – her gorgeous, shimmering works will continue to shine for many generations to come. She was, and remains, beloved by everyone at Chatto & Windus, and Vintage, publisher of all her novels. We send our best thoughts and love to her family, and to all her readers who will feel the cruel jolt of such a loss.’

Kathryn Knight, Senior Editor in Adult Publishing, said: 'When I think of Toni Morrison I think of the piercing clarity of her thoughts and words. In one line she can strike you speechless and speak a truth that expands your world view. I can only imagine how intimidating it must have been to be edited by someone with such a great mind. I’m grateful for all she achieved and for the work she leaves behind.'

Bella Arnott-Hoare, Senior Publicist, said: 'In Year 12 my English teacher gave me a first edition of Beloved. He thought I was going to be a novelist. On reflection it was the first real book I’d ever read outside school texts and YA novels. It was so brutal and written about a world I’d never heard of. But from the day I finished it I committed to reading about other people and other places. The shock of that novel will never leave me.'

Jess McKenzie, Marketing Executive, said:  'I came to Toni Morrison at university, when I took a subject that prescribed Sula as a mandatory text. It was the first time I’d read anything so other to my own experience of the world, and I immediately set about watching and reading all of the extra material I could find; her incredible interview with Jana Wendt stands out in my memory particularly. Her contribution to the world was invaluable, brought forth with a passion, eloquence and dignity we’re poorer without.'

Meredith Curnow, Publisher of Vintage Knopf, said: 'For all the wonderful, moving, being-altering books I have read across my many years, there are some absolute seared-on-the-brain favourites that cannot be forgotten. Beloved was my first encounter with the excoriating genius of Toni Morrison. I adore it, and pretty much everything she ever wrote.'

Kate Hoy, Group Marketing & Publicity Director, said: 'I was first introduced to Toni Morrison’s writing back in 1990, in my final year of high school.  My English teacher at the time recommended I read The Bluest Eye.  I was so affected by it, I still am, and sadly many of the themes within its pages still ring-true in America today.  The literary world lost one of the greats when Ms Morrison died, but thankfully her legacy will live on for centuries to come.'