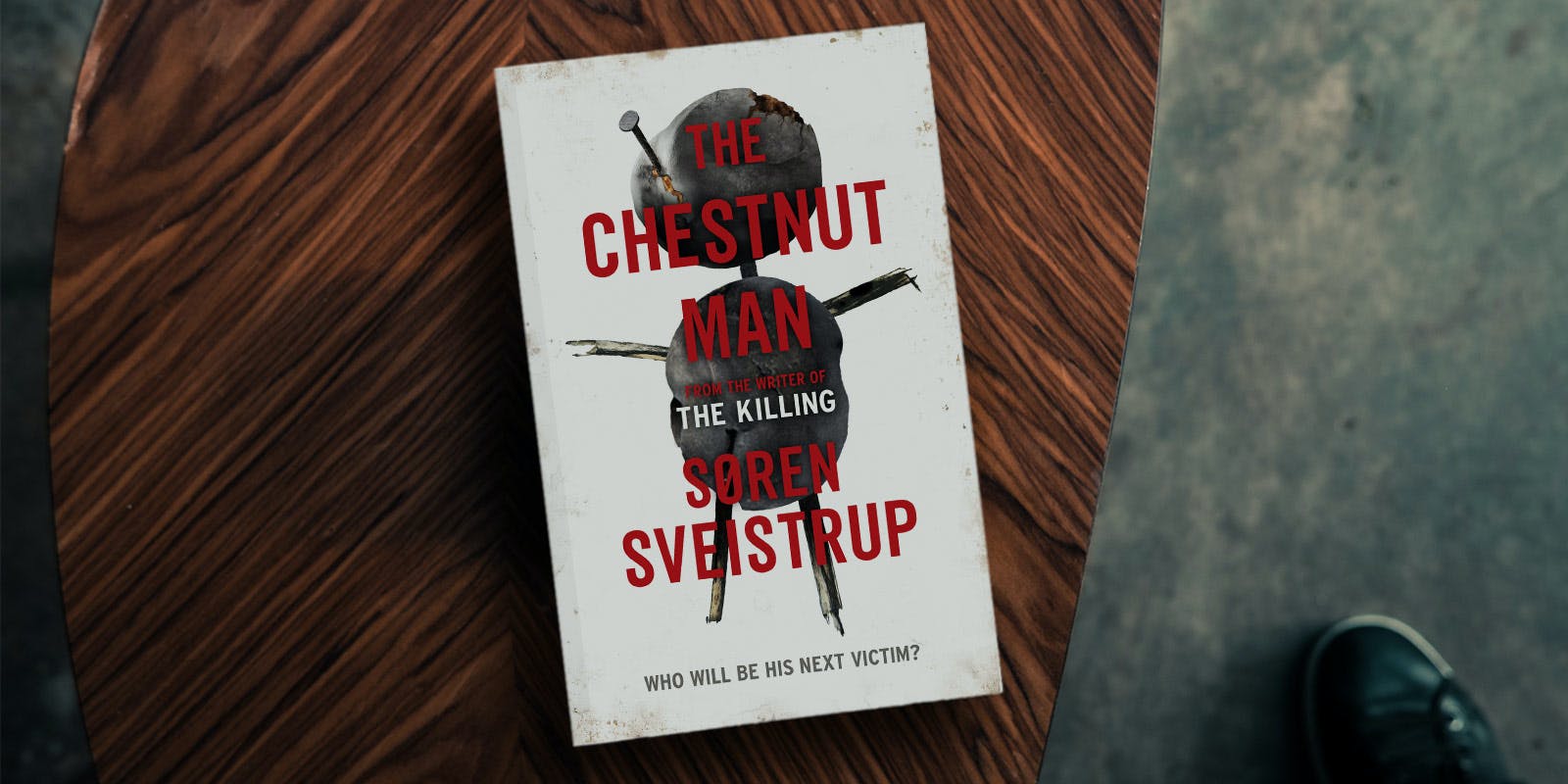 The Chestnut Man is based on the debut novel by award-winning writer Søren Sveistrup (The Killing) and the series will debut exclusively on Netflix worldwide. Production is slated to begin in Denmark in 2020 with the executive production team SAM Productions, who is also behind the coming Norwegian Netflix original series Ragnarok.

The Chestnut Man is set in the quiet suburb of Copenhagen, where the police make a terrible discovery one blustery October morning. A young woman is found brutally murdered in a playground and one of her hands is missing. Above her hangs a small man made of chestnuts. The ambitious young detective Naia Thulin is assigned to the case, along with her partner, Mark Hess. They soon discover a mysterious piece of evidence on the chestnut man – evidence connecting it to a girl who went missing a year earlier and was presumed dead – the daughter of politician Rosa Hartung.

Søren Sveistrup, author of The Chestnut Man said, "Netflix has shown a strong, genuine interest in my book and I’m excited about the deal and confident that Netflix will be the perfect place for The Chestnut Man."

Executive Producer at SAM Productions Meta Louise Foldager Sørensen adds, "We are looking very much forward to bringing Søren’s amazing international bestseller to the screen, and we are very excited and proud to announce the continuation of our good collaboration with Netflix. The novel has been translated into 28 languages and it’s being published in more than 50 countries, we are therefore thrilled to be able to release this original Danish story, in the Danish language, worldwide with Netflix as our partner."

Tesha Crawford, Director Netflix International Originals Northern Europe said, ”After the success of The Rain, we are excited to announce our next Danish Original which will be building on the great tradition of Nordic Noir. We were instantly compelled by the strong story and Søren’s voice. We are happy to continue the collaboration with SAM Productions and are looking forward to bringing The Chestnut Man to our global audience.”

The Chestnut Man is a character-driven thriller drama and has its roots in the Nordic Noir genre. The series is composed of six 50-minute episodes and will be produced by SAM Productions. The series is set to launch on Netflix worldwide. Launch date is still to be announced.

From the creator of the hit television show The Killing, a nail-biting debut - a stylish and atmospheric thriller that follows the race to find a serial killer terrorizing Copenhagen