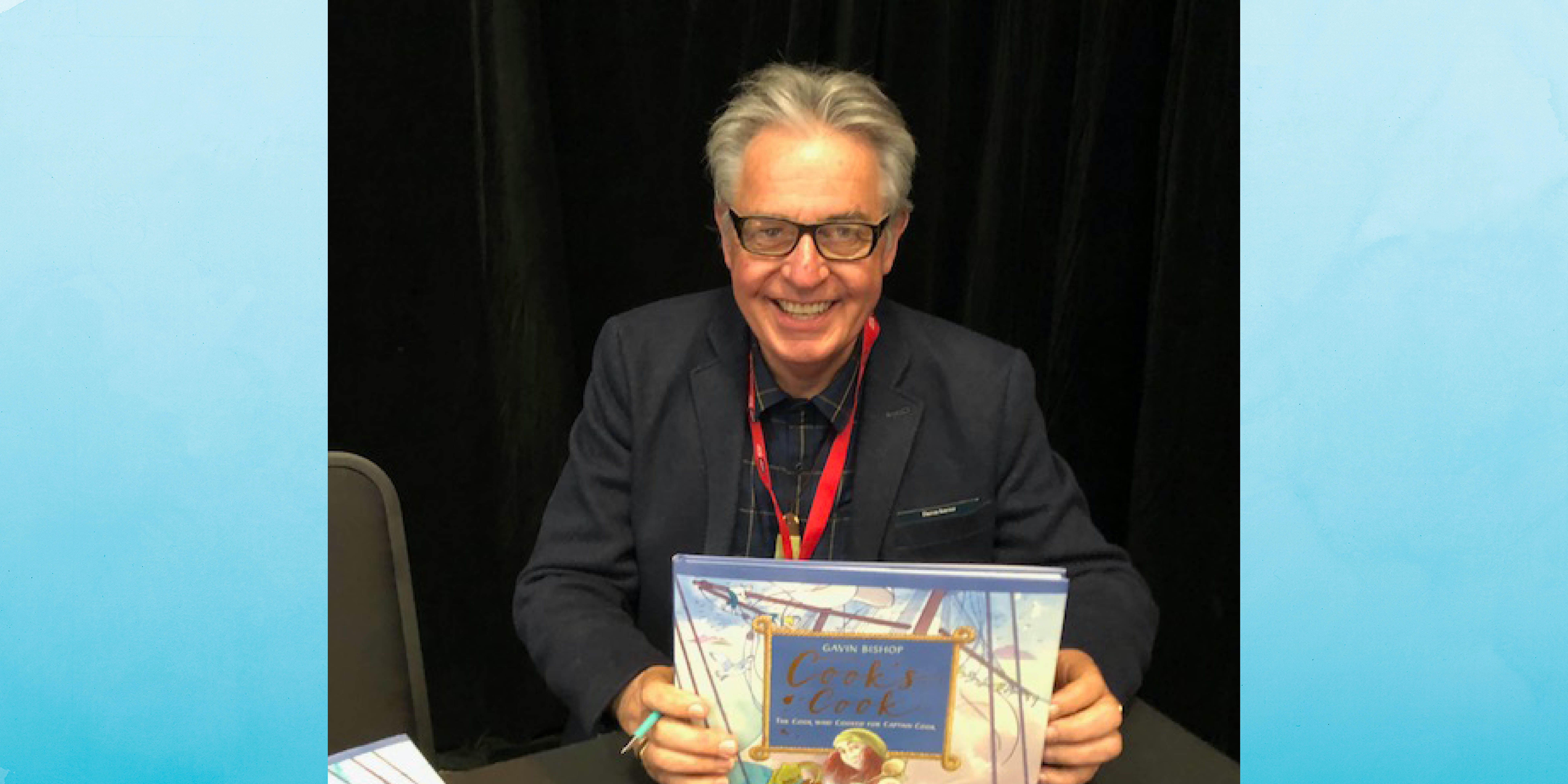 He recently published the children’s non-fiction book Aotearoa: The New Zealand Story, which explores Aotearoa’s history through expansive illustrated pages from the time of the dinosaurs through to today and beyond. Aotearoa has been a continual bestseller on the children’s and adult non-fiction lists since it was released in 2017 and won the Margaret Mahy Book of the Year, and the Elsie Locke Award for Non-fiction at the New Zealand Book Awards for Children and Young Adults 2018.

His book Weaving Earth and Sky won the non-fiction section and the Book of the Year Award of the NZ Post Children’s Book Awards (2003), and was shortlisted for the LIANZA Elsie Locke Medal (2003).

In 2013 Gavin was made an Officer of the New Zealand Order of Merit, and President of Honour of the NZ Society of Authors. In 2016 he was awarded an honorary doctorate from the University of Canterbury. As well as his highly regarded non-fiction titles, Gavin has won the LIANZA Russell Clark Medal for Illustration four times and has had 14 works listed as Storylines Notable Books. He has also had fiction titles shortlisted for the NZ Post Children’s Book Awards.

In 2000 he won the Margaret Mahy Medal and in 2013, he was the recipient of The Arts Foundation's Mallinson Rendel Illustrators Award. Among his successful partnerships has been that with writer Joy Cowley, with whom he won the Best in Junior Fiction and Book of the Year at the 2008 NZ Post Children’s Book Awards forSnake and Lizard.

Gavin’s artwork has featured in exhibitions internationally, including Japan and Slovakia. He has written and designed two ballets for the Royal New Zealand Ballet Company: Terrible Tom and Te Maia and the Sea Devil. In 2018 he was given the Sir Kingi Ihaka Award for services to Māori art and culture at the Creative New Zealand Te Waka Toi Awards.

Congratulations to Elizabeth Knox and Fleur Adcock who also received an award. The awards will be presented at a ceremony at Premier House in Wellington, on Monday 14 October. 2019 Creative New Zealand Michael King Writer’s Fellowship winner, Dr Mere Whaanga, will also be honoured at the ceremony.