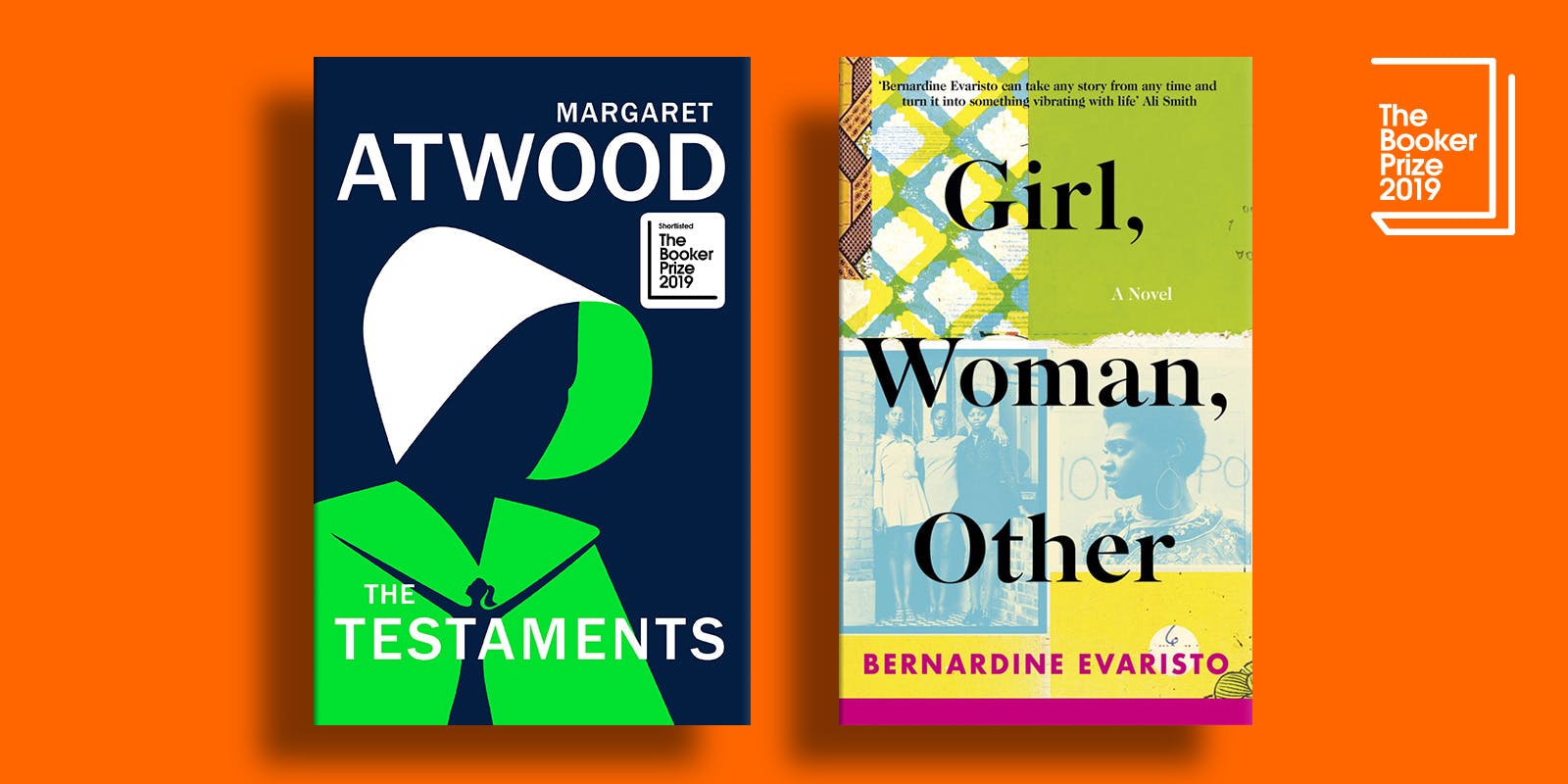 The 2019 Booker Prize has been awarded, and we’re thrilled to announce it will be shared by Penguin Random House authors Margaret Atwood, for The Testaments, and Bernardine Evaristo, for Girl, Woman, Other.

The highly anticipated sequel to her 1985 dystopian thriller, The Handmaid’s Tale, The Testaments is Atwood’s 18th novel, and with the win, she becomes the fourth author to win the Booker twice (her first was in 2000 for The Blind Assassin). Via the explosive testaments of three women, Atwood lifts the lid on the inner-workings of the patriarchal state of Gilead, and answers questions that have tantalised readers for decades.

Evaristo’s eighth book, Girl, Woman, Other, follows the intertwining stories of twelve distinctive characters: mostly women, black and British. She is the first black woman to receive the prize in its 51-year history, and of sharing the prize she commented that she is ‘absolutely delighted to share it with the legend that is Margaret Atwood.’

The judging panel – Peter Florence, Liz Calder, Xiaolu Guo, Afua Hirsch and Joanna MacGregor – commented that The Testaments and Girl, Woman, Other ‘address the world today and give us insights into it and create characters who resonate with us, and will resonate with us for ages’. 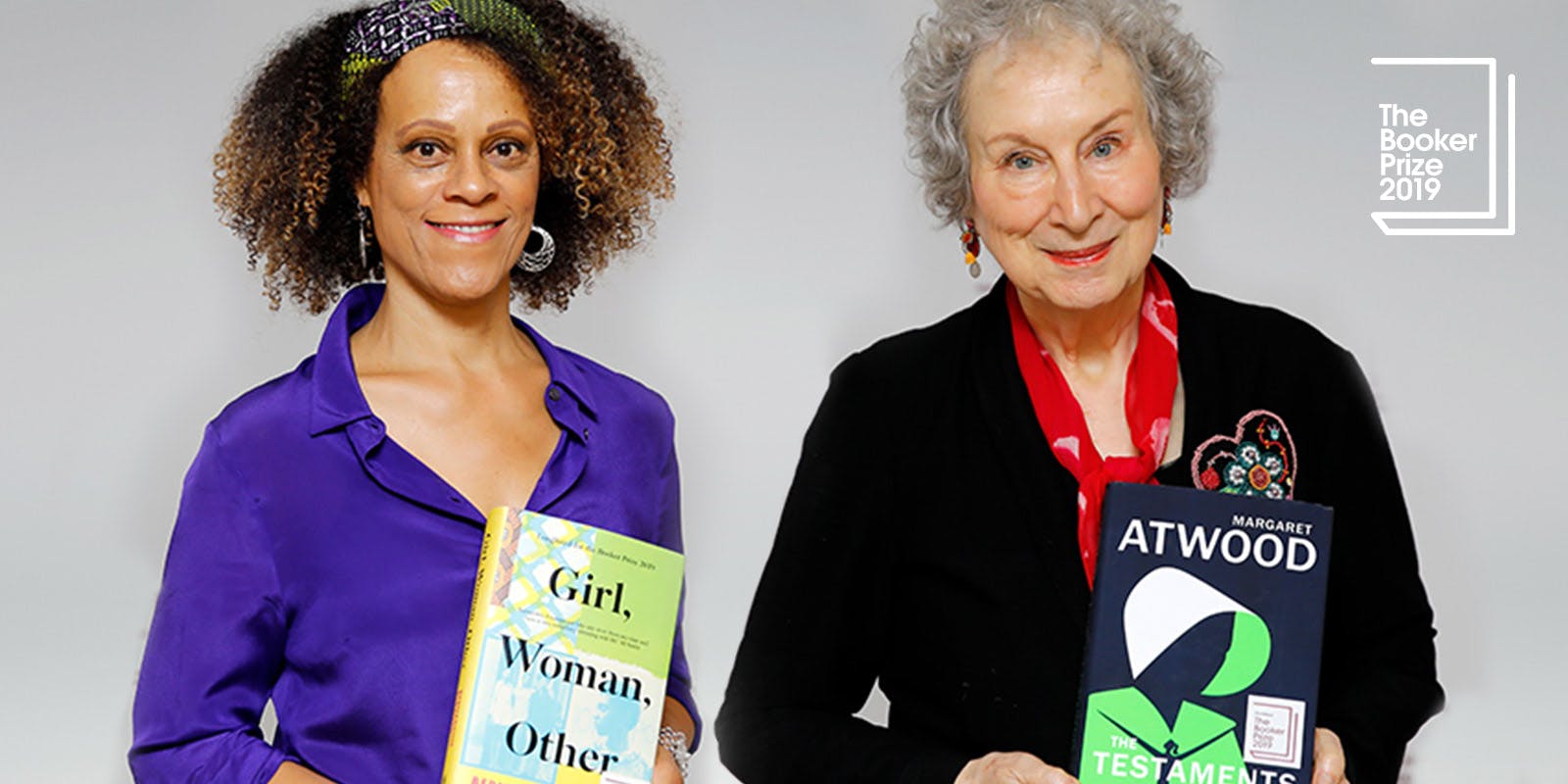