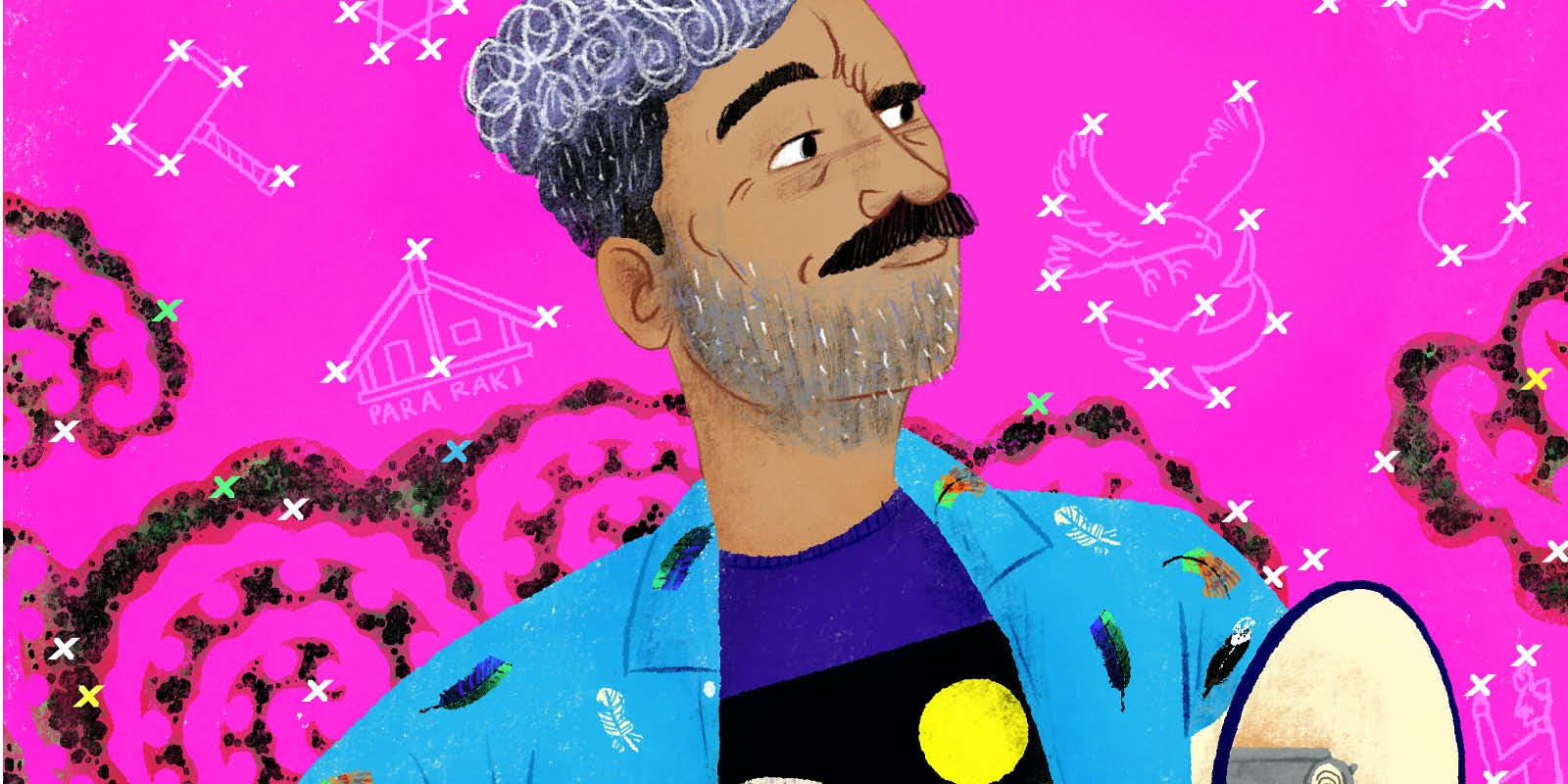 Taika David Cohen Waititi grew up in two places, Wellington and Waihau Bay, each very different from the other.

His parents were different from each other, too, and he learnt to be okay in lots of different situations, and to entertain himself. He could remember little details, as if he was taking photos in his mind, and maybe that’s why he became good at drawing and painting long before he became great at making movies.

Taika’s parents encouraged him to be creative. He thought that was pretty amazing, considering they didna have much money. But how could he get ahead in life through art? He’d need some big dreams. Taika thought he’d be a painter, but acting and stand-up comedy would do for a while. He kept trying new things, experimenting and, most importantly, he kept making stuff. Creative, unusual and funny stuff. Eventually, Taika thought he’d try to make a short film, so he wrote a script, using some of those snapshots of memories from his childhood, and he got a shock.

People loved his movie. In fact, it was nominated for an Acadamy Award. It seems he had fallen into a dream job: making movies.

‘I’ve got to take this opportunity and run with it,’ Taika thought.

Taika knew his way of making movies was a bit different, but he decided not to change. In one of Taika’s movies, an eagle and a shark fall in love. Another one has vampires in it, and another was filmed in Waihau Bay, really close to where he grew up. That one was called Boy. It was a huge hit – the biggest Aotearoa had ever seen, until Taika made another one that was even bigger.

After that, Hollywood came calling. They asked Taikato direct a movie about Thor, who is pretty big himself. Then he was called back to the Oscars and became the first Māori person ever to win an award for their script. And as he held his Academy Award, he knew who he wanted to encourage in his speech: ‘I dedicate this to all the indigenous kids in the world who want to do art and dance and write stories. We are the original storytellers and we can make it here as well,’ he said.

It was an amazing win. He had reached te pae tawhiti, a distant horizon – with many more to come.

An award-winning and powerful illustrated storybook for the tamariki and rangatahi of Aotearoa New Zealand celebrating Maoritanga!

For this crossword, you simply need to translate the given word. Don’t forget, though: to enhance your learning, take some time to learn the meanings of the words in English and commit them to memory once you have completed each crossword.