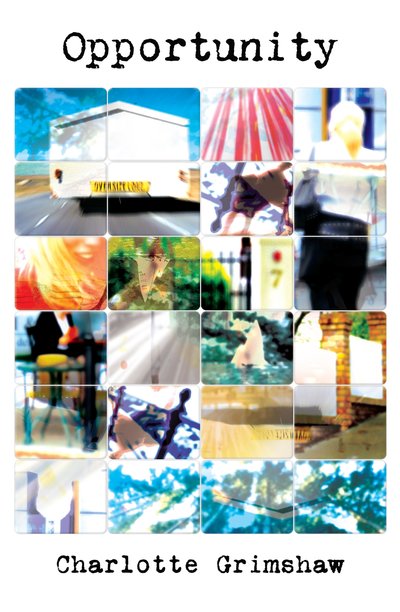 Winner of the Montana Book Award for Fiction.

A prize-winning and innovative collection of connected short stories.

"You could look back after a long time and ask, who wanted what from whom?"

A man confronts death after an operation, a devout Christian encounters a man who hurt her long ago, a secretary uncovers her boss's secret shame. And in a house in Auckland an elderly woman is writing the last book of her life, one which, she says, contains all of her crimes. How are the characters connected and who is writing the stories? Each of these astute stories is an inspection of motive, rich in vivid insight into a diverse range of lives. Together, they form a unified whole.

Opportunity is a book about storytelling, about generosity and opportunism; above all it is a celebration of the subtleties of human impulses, of what Katherine Mansfield called the LIFE of life.

Charlotte Grimshaw is the author of seven critically acclaimed novels and two outstanding collections of linked stories. As a reviewer in The New Zealand Listener noted: ‘A swarming energy pervades every page she writes . . . her descriptive writing has always been of the highest order. Most of it would work just as well as poetry.’ She is a winner of the BNZ Katherine Mansfield Award. Her story collection Opportunity was shortlisted for the prestigious Frank O’Connor International Prize, and Opportunity won New Zealand’s premier Montana Award for Fiction, along with the Montana Medal for Book of the Year. She was also the Montana Book Reviewer of the Year. Her story collection Singularity was shortlisted for the Frank O’Connor International Prize and the Asia Pacific Commonwealth Writers’ Prize. Her novel, The Night Book, was a finalist for the New Zealand Post Award. Grimshaw’s fifth novel, Soon, a bestseller in New Zealand, was published by Jonathan Cape in the UK and by Anansi in Canada and the United States. These two novels were made into a TV series, The Bad Seed, which screened on TV One in 2019.Her novel Mazarine was longlisted for the 2019 Ockham Book Awards.