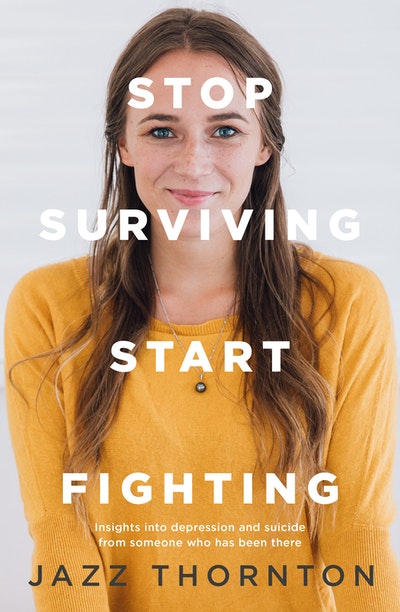 The power of decisions

It wasn’t until I did that test that I really thought about how aspects of my personality and my strengths could affect my mental health, through my reactions and approaches to things. Before this, I had never really thought about my impulsiveness and where it had come from — I assumed it had just been a part of me and how I was. For the most part, I think this is true. I have always been a quick thinker and in most situations that is a great thing, but as trauma intercepted my life it changed the way that I used this strategic side.

Reading my CYFS files, I can see that even from a young age I always had huge, out-of-proportion responses to events. One time I hit another kid and was found curled up, ‘crying in the corner’. My response to something pretty minor (and that a lot of kids do) was extreme, and while I don’t know why I acted this way, I do know that the abuse and manipulation I suffered as a three-year-old had a lot to do with it.

However, on the upside, the great thing is that I discovered that it was possible to restore that strength of Strategic to its original intention. I could use my decision-making to fight back rather than destroy myself.

Revolution Tour is a travelling road show that goes around New Zealand high schools, spreading a message of hope and positivity using music and dance. I remember when it came to my first high school, in Timaru — that’s when I first met Esther. Since then I have had the privilege of touring with the group, too. One of the things the leaders often say to kids is, ‘The decisions you make in life, make your life.’

It was possible for my world to change, but the change lay within my decisions: my decision to believe the people who said they loved me over what my mind told me. The decision to call a friend instead of writing a suicide letter. All of these decisions are hard ones, but they enable you to engage in the fight, break distorted beliefs and allow you to begin healing.

The decision to be around people when all I wanted to do was isolate myself. All of these decisions are hard ones — trust me, I know — but they are the kinds of decisions that enable you to engage in the fight, break distorted beliefs and allow you to begin healing.

One of the decisions that changed everything for me was the one I made when I got out of the psych ward for the very last time. I had been in the ward for a couple of months, and by the time I got released it was four days before Christmas. After my release, I was told that someone from the crisis team would call me every single day to check in and see if I was OK.

On Christmas Eve I got that call. The lady on the phone asked me how I was doing and how I was feeling on a scale of 1 to 10 (a question that you get asked so many times when you are in the mental-health system). She then told me that this time of the year was when they lost the greatest number of people in my kind of situation.

Your life doesn’t change based on the actions of others, but because of your own decisions. Your decisions have the ability to change everything.

I hung up the phone and lay on the mattress on the floor of my room and just started crying. In that moment, something rose up inside me that said ‘I don’t want to be another statistic’. It was about 11 p.m., and I spontaneously decided to get in a taxi and go to the Christmas Eve service that was on at Equippers.

I had stopped going to church regularly about a year before my final suicide attempt — I would try to go every now and then, but I found it too hard to turn up every week. During this time, people like Wayne, Libby and Esther were still trying to talk with me and encourage me every now and then, but I had pushed everyone close to me away, so deciding to go back was a huge thing for me. I remember I was filled with anxiety as I rang the taxi. I was so nervous to see everyone, wondering what they would think of me and what they would say about me — but part of me also knew that I had tried to do this by myself for long enough and it wasn’t working. I needed to surround myself with people again.

I knew the church would be filled with people who knew me and had seen me fall so deeply over the last couple of years — people like Esther, Wayne and Libby, who I had run away from because they knew my darkest side. I was so certain that they all hated me. From a logical viewpoint, the people in the church had never said or acted in a way that suggested that they hated me, but because I knew what I had done and I hated myself, I viewed them through the lens that I viewed myself.

As the taxi pulled up outside the theatre where the service was being held, I got out and ran to the corner of the street. I stood there pretending to be on the phone, waiting for everyone to go inside because I didn’t want anyone to see me or try to talk to me.

Once I knew the service had started, I walked inside and sat right at the back by myself. But before I knew it a woman named Peta came and sat next to me. I knew Peta from church but we had never really hung out or had a full conversation. I felt my heart start to beat a little faster as she sat there. I had wanted to try to get through the entire service unseen.

After the service Peta started to talk to me and asked what I was doing for Christmas Day. I didn’t have any plans — in fact, I just wanted to sit in bed all day and isolate myself, because the holiday season was really hard for me, given my history. Before I knew it, Peta had invited me to spend Christmas with her family.

I was so confused about why she would do that, why she would care enough about someone she didn’t really know to have them over for this special family day. It took some persuasion on her part, but in that moment I decided that now was another opportunity to fight. It was an opportunity to choose to not isolate myself and go against my natural instincts that would tell me to run away because I was going to be a burden to her family. I said yes, and she drove me to my house so I could get some things and come and stay the night.

The next morning we woke up bright and early on Christmas Day. I hadn’t realised that Peta was rostered on to sing at the morning church service, meaning that we had to leave early and would be the first people there. This terrified me, because it meant that I couldn’t just sneak in the back after everyone was inside — it meant that people would see me. I was so afraid of what they would think.

As we walked inside, our senior pastor, Kathy, was standing in the foyer. Immediately she came up to me and started talking to me and laughing with me, asking me my plans for the day and saying how great it was to see me. I was so confused. Once again, why was she talking to me? Why did she care?

I had to stop and think to myself: what are the consequences of this decision I am about to make? Does it get me closer to, or further away from, my future?

And in that moment I felt my belief of being a burden and being unlovable start to crack. If someone who knew how broken I was, knew of the things I had done and the shame I was carrying didn’t hate me and welcomed me back with open arms, then maybe what my mind was telling me wasn’t true?

Looking back now, I see how that vital decision on Christmas Eve — to not be a statistic, and to walk back into a place where people knew me and loved me — was the start of my change. That one decision I made to not isolate myself enabled me to unlock something that taught me what unconditional love was.

When I saw Wayne and Libby walk in to the service, I went up to them and wrapped my arms around them both, breaking down into tears. I felt so thankful to know that they were still there for me. Despite everything, neither they nor Esther had ever given up on me, and I only truly understood that when I made the decision to come back.

From there, my fight was made up of decision after decision. Only a few days later I got my next big suicidal urge, but as it came on I sat and said to myself, ‘Jazz, this decision you are about to make can either continue you towards your dream future, or put you in another cycle of hospital admissions (or worse).’ For the first time I sat with these feelings, rather than making an impulsive decision and actioning my urges. I halted my thoughts as they threatened to run away with me. Despite every part of me wanting to run, I made the decision to fight.

Each time this happened, I messaged Wayne and Libby and told them I was struggling. They would respond lovingly and encourage me to do the things I needed to in order to get out of these thought patterns — things like reading over the lists I had written, hanging out with a friend or watching a comedy show.

Over the next few weeks and months, I made more and more decisions that meant reaching out earlier, decisions that taught me how to fight and decisions that ultimately saved my life. These decisions had to be made every single day. Every time my mind would tell me I was a burden and I would impulsively want to run away, every time I would start writing a suicide note or gathering methods, I had to stop and think to myself: ‘What are the consequences of this decision I am about to make? Does it get me closer to, or further away from, my future?’

Making fight-fuelled decisions is hard, and a continuous journey. But I can tell you that ever since that decision I made on Christmas Eve to not be a statistic, I have never tried to take my life again.

Your life doesn’t change based on the actions of others, but because of your own decisions. Your decisions have the ability to change everything. 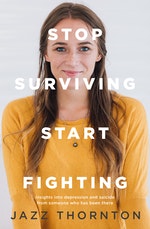 A hard-hitting, thought-provoking account of surviving suicide attempts and moving on to a better life, which provides practical help and inspiration to anyone affected by depression or suicide.