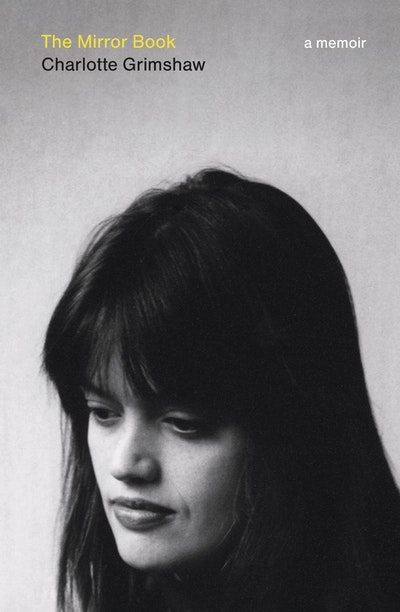 Growing up behind the family façade.

Brave, explosive, and thought-provoking, this is a powerful memoir from a critically acclaimed writer.

‘It’s material, make a story out of it,’ was the mantra Charlotte Grimshaw grew up with in her famous literary family. But when her life suddenly turned upside-down, she needed to re-examine the reality of that material. The more she delved into her memories, the more the real characters in her life seemed to object. So what was the truth of ‘a whole life lived in fiction'?

This is a vivid account of a New Zealand upbringing, where rebellion was encouraged, where trouble and tragedy lay ahead. It looks beyond the public face to the ‘messy reality of family life – and much more’.

Charlotte Grimshaw is the author of a number of critically acclaimed novels and outstanding collections of linked stories, which have been published in New Zealand, the UK and Canada. As a reviewer in The New Zealand Listener noted: ‘A swarming energy pervades every page she writes . . . her descriptive writing has always been of the highest order. Most of it would work just as well as poetry.’

She has been a double finalist and prize winner in the Sunday Star-Times short story competition, and in 2006 she won the BNZ Katherine Mansfield Award. In 2007 she won a Book Council Six Pack prize. Her story collection Opportunity was shortlisted for the 2007 Frank O’Connor International Prize, and in 2008 Opportunity won New Zealand’s premier Montana Award for Fiction or Poetry. She was also the 2008 Montana Book Reviewer of the Year. Her story collection Singularity was short-listed for the 2009 Frank O’Connor International Prize and the South East Asia and Pacific section of the Commonwealth Writers’ Prize. Grimshaw’s fourth novel, The Night Book, was shortlisted for the 2011 NZ Post Award. She writes a monthly column in Metro magazine, for which she has won the Qantas Media Award. She has also won reviewer of the Year at the Voyager Media Awards in both 2018 and 2019.

Commenting in The Guardian, Jane Campion said, ‘She is a master of mystery, very contemporary and astute. Her language is relaxed, spare and perfect.’

A full list of Charlotte Grimshaw’s titles, reviews and selected Metro columns can be found on her website: http://www.charlottegrimshawauthor.com/

Praise for The Mirror Book

With bracing clarity, Grimshaw strenuously interrogates the dynamics of her 'tidily chaotic, respectably anarchic, stably unstable' family, delicately tracing the rising curve of friction and chaos within it . . . To be clear, this is in no way a resentful or angry book. Grimshaw maintains a calm, diagnostic coolness throughout when it would be so easy to write in anger. . . . A writer of unquestionable depth and insight, Grimshaw has what must be an almost overwhelming (for her, I imagine) and meticulous ability to view and consider everything she reports on from every angle imaginable . . . The Mirror Book details excruciating grief, loneliness, infidelity, psychological and emotional abuse, and physical violence . . . Grimshaw is a peerless writer with a strong sense of acuity and The Mirror Book is one of the best New Zealand memoirs I've read in years. Sure, it's a juicy page-turner but it is also full of surprises, acutely reported, and, as you would expect from Grimshaw, is written beautifully with dignified poise and care. A reflection of clarity and beauty.

Infidelity, sexual assault, domestic violence, literary battles and a family feud it's not a novel but award-winning author Charlotte Grimshaw's explosive memoir . . . The Mirror Book is many things: an examination of memory, an exploration of psychological mysteries, a plea for understanding. But much of it is a reckoning of an existential crisis.

‘Lovely childhood, house full of books.’ That’s the story the family told about themselves – but The Mirror Book shatters it all. Very occasionally you encounter a book where you think – this writer saved their own life in the writing of this. . . to be a witness as Grimshaw’s pen draws out the story of her life is to completely buy into a mission that is righteous and urgent. Although it deals in the intimacy of this very specific New Zealand family, it pans out to take in the universal. The vertigo of the book’s revelations come from its interrogation of our understanding of reality in its most proximal sense – whether we really know our family at all, and if not – how can we know ourselves? . . . Grimshaw’s unnerving approach to storytelling is to show you something sacred, and then slide it out from beneath you. . . . I am convinced that telling our stories is existentially important, and I’m grateful that Charlotte has told hers. What she has achieved here is to make herself wholly visible and this memoir invites the rest of us to do the same.

You’re about to hear a lot about Charlotte Grimshaw. . . Grimshaw has a memoir out on 30 March. The Mirror Book is a slim little dagger of a thing that marches right up to Stead’s version (three volumes, hulking big hardbacks, the third is out in May) and stares it down. . . . To read it is to watch a person finally stand up straight, stand in the light. . . . You don’t need to know anything about Stead or poetry or New Zealand letters to be gripped by this book. You’ll also, early on, forget about the he-said she-saids: Grimshaw’s a lawyer and she is absolutely scrupulous with her receipts. It’s March and I’m calling it: book of the year.

The writing is astounding, particularly in vivid set pieces of childhood incidents: in at least two of them Charlotte and her siblings are in mortal danger. And this is not a blackand-white book; Grimshaw is at once a loyal daughter and a furious one.

The Mirror Book is a fascinating portrait of not only a family, but the writing process. How we magpie material (go and make a story out of it) and what we build from it — and at whose expense? And where the line between fact and fiction is drawn: ‘I’d been inventing and writing stories since I was a child. When I decided to try something different, to write a true account of my life, I ran into a wall of fiction.’ . . . Another mantra, often repeated, this time from the psychologist: ‘Telling your story is existentially important.’ The Mirror Book is not written for our entertainment and it is not written to shock or edify us, though it does all of these things. Grimshaw creates a portrait of her parents in order to try to understand them, to ‘tell the story of our family, at least to myself, in order to save myself. All my life Kay and Karl had been telling it, and now I didn’t think it was accurate.’ It’s a book that needed to be written, for the writer to reinstate her place in the world, her family, her self.

The Mirror Book, a memoir . . . is the most harrowing, profoundly moving work of her prolific career.

This is The Mirror Book you are hearing a lot about: the explosive story of how the daughter denounced the father, Sylvia Plath-style. (And, like Plath, she denounced the mother too.) But that’s only part of it. . . . To read The Mirror Book is to feel that fiction has finally stepped through the looking glass and emerged as fact, with all the bravery and all the difficulty that suggests. Where Grimshaw’s fiction can go after this book has both cleared the air and related the backstory is anyone’s guess.

Grimshaw attempts to excavate the truth of her family’s history after years of mythmaking by her famous father — in which he was readily abetted by the rest of the family, where a frequently referenced “lovely childhood, house full of books” was truthfully only half the story. The memoir is fascinating not only on its own merits but for the ripples it has caused in certain literary and media circles — the unusually frank nature of Grimshaw’s writing, which at times is as fond as it is damning, has prompted a host of remarkably thoughtful and interesting reviews and interviews.

The strength of her confessional, or analytical, memoirs is that she does not go in for an all-out attack; she depicts family relations sometimes supportive and bantering alongside the dreadful. As she makes clear in her foreword, she does love her parents, lives nearby and would always be there for them. . . . The Mirror Book makes a reader want to revisit all her writing with new eyes. . . . Approaching this book is an exercise in discomfort it helps to read the book in chunks and take a deep breath. It is a painful world, and one which Grimshaw is hugely brave in confronting publicly, as well as attempting to open a forum, yet again, with her parents. Grimshaw should be commended for her raw openness.

As I read The Mirror Book I came to see Charlotte Grimshaw as my guide. On the first page she wrote of “the destructive effect of silence and the restorative power of narrative”. She understood that when you are a writer and something life-changing happens to you, you will write about it. And that if your story is well told, you will publish it. So that’s what I did. . . . The power of personal storytelling following trauma lies not so much in catharsis as in connection. Charlotte knows this when she says, “someone heard your protests, and acknowledged they were valid.” . . . Reading The Mirror Book was a form of therapy, and I came to it with a question: is it ok to tell my story? She replied: telling your story is existentially important. There can be no more powerful affirmation than that. Thank you, Charlotte.