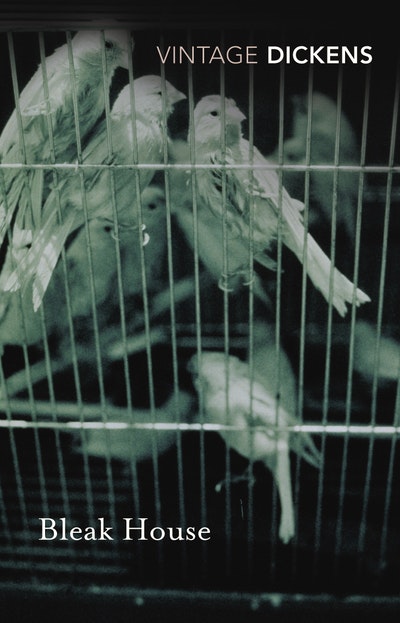 'Perhaps Bleak House is his best novel. . . . When Dickens wrote Bleak House he had grown up' G. K. Chesterton

'The one great principle of the English law is, to make business for itself'

'Jarndyce and Jardyce' is an infamous lawsuit that has been in process for generations. Nobody can remember exactly how the case started but many different individuals have found their fortunes caught up in it. Esther Summerson watches as her friends and neighbours are consumed by their hopes and disappointments with the proceedings. But while the intricate puzzles of the lawsuit are being debated by lawyers, other more dramatic mysteries are unfolding that involve heartbreak, lost children, blackmail and murder.

Bleak House is the literati's favourite Dickens. It's one of the few stories that has modern resonance: the tale of a never-ending court case can be seen -if you squint -as the precursor of Kafka and Orwell

In addition to the usual range of Dickensian characters, scathing social observations and the first detective in British fiction, Bleak House features a murder, a frame-up for that murder, a child's tragic death, a character who dies by spontaneous combustion, a young beauty who loses her looks after catching smallpox, an opium addict and a secret love affair that produced an illegitimate child

Dickens is huge - like the sky. Pick any page of Dickens and it's immediately recognizable as him, yet he might be doing social satire, or farce, or horror, or a psychological study of a murderer - or any combination of these

Dickens has genius to vivify his observation

He deals truly with human nature, which never can degrade; he takes up everything, good, bad, or indifferent, which he works up into a rich alluvial deposit.He is natural, and that never can be ridiculous