The Book Of Magic 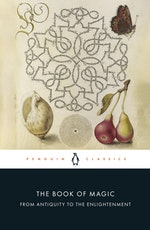 Brian Copenhaver's wonderful anthology will be welcomed by everyone from those with the most casual interest in the magical tradition to anyone drawn to the Renaissance and the tangled, arcane roots of the scientific tradition.

'. . . as when iron is drawn to a magnet, camphor is sucked into hot air, crystal lights up in the Sun, sulfur and a volatile liquid are kindled by flame, an empty eggshell filled with dew is raised towards the Sun . . .'
This rich, fascinating anthology of the western magical tradition stretches from its roots in the wizardry of the Old Testament and the rituals of the ancient world, through writers such as Thomas Aquinas, John Milton, John Dee and Matthew Hopkins, and up to the tangled, arcane beginnings of the scientific revolution. Arranged historically, with commentary, this book includes incantations, charms, curses, Golems, demons and witches, as well as astrology, divination and alchemy, with some ancient and medieval works which were once viewed as too dangerous even to open.
Selected and translated with an introduction and notes by Brian Copenhaver 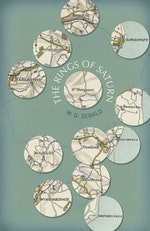 The Rings of Saturn
W.G. Sebald