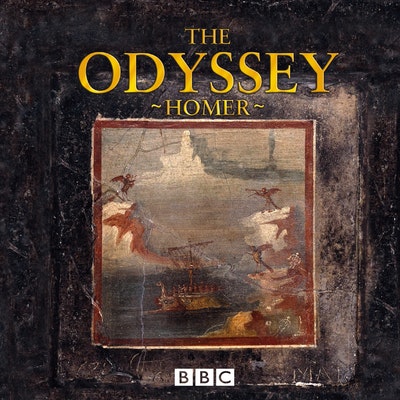 "My fame is written in the heavens, and my fate too..." So speaks Odysseus as he starts to recount his struggles to sail home to Ithaca, in one of the greatest pieces of storytelling in Western literature.

A BBC Radio 4 full-cast production of Homer’s epic seafaring adventure, dramatised by award-winning poet Simon Armitage and starring Tim McInnerny and Amanda Redman. ‘My fame is written in the heavens, and my fate too...’ So speaks Odysseus as he starts to recount his struggles to sail home to Ithaca, in one of the greatest pieces of storytelling in Western literature. 'The Odyssey' is his incredible traveller’s tale – and also the story of his faithful wife Penelope who waits for him, besieged by suitors, and their son Telemachus who has a quest of his own. In a twenty-year journey, fabulous fantasy mixes with extraordinary reality as Odysseus encounters enchantresses, nymphs, monsters, prophets and ghosts. From the temptations of the lotus flowers and the Sirens’ song to the horrors of the Cyclops’ cave and the Land of the Dead, the story of his encounters is riveting. We hear of Circe, who turned his men into swine; Calypso, who held Odysseus prisoner for seven years; and the dreadful six-headed monster Scylla who devoured some of his crew. And we hear of the Gods, who have a vital role to play... Dramatised by major contemporary poet Simon Armitage to celebrate the return of the Olympics to Athens, this full cast production brings Odysseus’s adventures to vivid life, conveying all the excitement, suspense and poetry of the original. A stunning aural rollercoaster ride, 'The Odyssey' will have your heart in your mouth and stir your soul. ' As irresistible as gravity ... a production so thrilling that it rapidly becomes unthinkable to press the stop - or even the pause - button' - Independent on Sunday