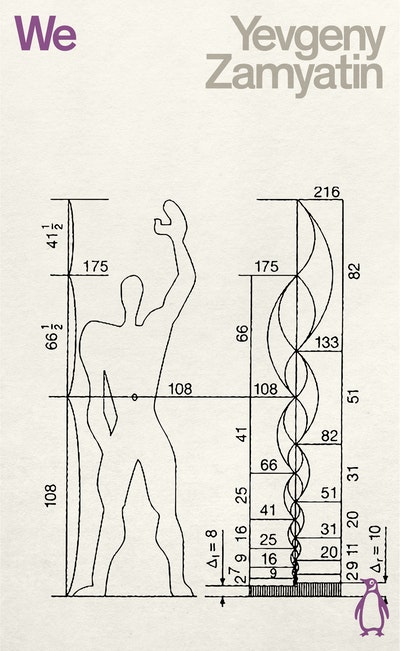 The classic Russian dystopia that inspired Nineteen Eighty-Four and influenced writers from Nabokov to Rand to Vonnegut.

In a glass city composed of absolute straight lines, ruled over by the all-powerful 'Benefactor', the citizens of OneState live their lives without passion or agency. That is until D-503, a man tasked with bringing the Revolution to the stars, meets a remarkable woman . . .

Supressed in Russia for decades, Zamyatin's dystopian masterpiece prophesised the worst excesses of the Soviet Union, while creating an enduring and vivid vision of what future societies might look like - a vision which would inspire George Orwell's 1984 and many subsequent dystopias.

Yevgeny Zamyatin was born in 1884. He was arrested as a student in 1905 by Tsarist police for being a Bolshevik. He was then sent to England to work on Russian ice breakers in Newcastle. He has been described as a 'dapper, tweedy naval engineer'. He was also a fan of H.G. Wells . After the revolution in 1917 he returned to Russia and worked for Gorky. He was arrested again by the Soviet authorities in 1919 and 1922 and forbidden to publish his work. In 1931 Stalin surprisingly granted him permission to move to Paris. He died there in March, 1937.